What’s good Andrew – how is life?

Life is good! We just got back from playing two amazing shows in Colombia, and now we are gearing up for a few more shows in Southern California in December to close out the year!

Why did Strife decide to release a live LP at this point in your career?

It’s crazy to think how it all came together. I had the idea to film the show back in 2005 to release as a DVD at some point. A good friend of ours had a brother who had produced and directed a few live DVDs for some bigger punk bands, and we thought that it would be a fun project to take on. We have always had wild shows in Los Angeles, and the Troubadour is one of my favorite venues to play. Anyway, we had the show professionally filmed with 5 cameras and a giant crane that came down off of the balcony of the Troubadour, and we hired a sound engineer to record the audio to 24 tracks. Somewhere down the line we had the idea to include a short documentary portion to the DVD, and this is when we kind of lost track of the project. After filming a few of the interviews, the director got hired on to be part of the crew of the show Ghost Hunters. He moved out of town and the project got put on the back burner and eventually just sat on a hard drive somewhere for a number of years.

A few years back I started my own label, WAR Records. After releasing a handful of records from bands like Strife, Piece by Piece, Miracle Drug, and Reality Slap, I started to think of something fun to do as a limited release for Record Store Day. I dusted off the hard drive and sent the live recording to my friend Arthur Rizk (Powertrip, Cavalera Conspiracy) to master. I was blown away by how good it sounded when I got it back. So many people have asked about the live DVD over the years… I knew I couldn’t release the live record without it. Anyway… We put it all together and we are all really happy with the results.

The Record Store Day version is a limited pressing of 500 on translucent red vinyl and comes packaged with the DVD. We also made a 2 disc CD/DVD set which wont be as limited.

How did the band form, and why did you brothers decide to name yourselves STRIFE?

We were just all friends that loved hardcore and wanted to do something to be a part of the scene. I had never been in a band before, and could barely play guitar! Sid and Rick both had experience playing with their previous bands (SDI and Monster Club), and we just got together and started playing music.

We were originally called Stand As One, and after a year or so of playing and releasing a demo under that name (re-released on vinyl a few years back on Indecision Records) we changed our name to Strife. At the time, we were looking for a name that sounded cool and fit with the aggressive hardcore sounds that we were making…

STRIFE – LIVE AT THE TROUBADOUR On War Records Before you guys ever formed Strife, was there a defining moment or show in your life that made you realize you wanted to start a band?

I don’t think there was one defining moment. I started going to shows in 1990, and at that time all of the bands that we were really into were broken up or on their last legs. We loved bands like Insted, Chain of Strength, Judge, Gorilla Biscuits, Agnostic Front, Youth of Today, and Killing Time, and we were fortunate enough to see most of those bands before they called it quits. Anyway, we really wanted to carry the torch for this style of hardcore and pay tribute to the bands that came before us.

How has SoCal shaped your sound?

It’s funny to say, but I don’t think that it has that much. We all love the classic Southern California punk and hardcore bands and I would definitely say that our live show was inspired by the energy of bands like Chain of Strength and Insted, but our sound is definitely more inspired by NYHC.

Can you describe the STRIFE writing process?

The writing process has definitely changed over the years. In the past, the 5 of us would practice regularly and we would all work on songs together.  At this point I am writing most of the music (although Todd will bring in some songs from time to time). I usually record riffs and ideas straight to my iphone, and eventually piece them together to form songs. I will demo these songs, and make a few changes along the way until we eventually set out to record them.  I love the feeling of creating in a room with the other guys in the band, but technology has really made the writing process a lot faster and easier, and I feel the way we do it now is the most efficient way. If STRIFE could torture Donald Trump with 5 songs, what would they be and why?

1. Dead Kennedys –  “Nazi Punks Fuck Off”  – One of the worst things about Trump being elected has been the normalization of bigotry, fascism, xenophobia, and sexism. I think the message is loud and clear…”FUCK OFF!”

2. Suicidal Tendencies – “I Shot Reagan” – I am not an advocate of violence, but it is clear that Trump’s agenda must be stopped by any means necessary. “You’re gonna rot in heaven, hear an angel’s voice, you’re too bad for hell although it’s your first choice.”

3. Black Flag – “Rise Above” – This song is a rally cry for those of us that are against Trump to stand together and make a change!

4. Strife – “Revelations” – This song is about people in power that place profits over the good of humanity. I think it perfectly sums up most of Trump’s policies. “No remorse, no forgiveness for these crimes against humanity, eternal torment is now yours.”

5. YG and Nipsey Hussle – “Fuck Donald Trump” – “Just when I thought it wouldn’t get no sicker, I woke up one morning and heard this red ass mothafucka talkin’ out the side of his neck…” My sentiment exactly!

How did you brothers get so tight with Iggor Cavalera?

We met Iggor back in ’96. He came out to one of our shows in Phoenix, and we instantly hit it off and quickly became friends. He was living in San Diego at the time, and we would hang out quite a bit. A few months after we met, he hit us up and asked us to go to Europe with Sepultura on the Roots tour! We did the entire Roots tour and played the last ever Sepultura show with Max and Iggor in the band. Rick and I would come out every night and play “We Gotta Know” with them, and it even made it on the their live record “Under a Pale Grey Sky” from their last show.

We’ve basically been friends ever since. He played drums on the track “Overthrow” from In This Defiance and then played drums on both Witness a Rebirth and Incision. I have also drum teched for him over the years. We stay in contact and try to work on music together when we can. A few years back I was playing in a band called Cross My Heart Hope to Die with DJ Muggs from Cypress Hill, and Iggor and his wife, Laima, did a remix of our track “Rollercoasting.” Why do you think so many hardcore kids also have so much love for hip hop?

I think both hardcore and hip hop share a lot of similarities. They both come from the underground, and they both (hopefully) have a message. Outside of hardcore I have produced a handful of hip hop tracks featuring OG’s like Sen Dog, B-Real, Mellow Man Ace, Ras Kass, Chino XL, Freddie Gibbs, Planet Asia, Sick Jacken, and others.

What can we expect from STRIFE in the future?

Hopefully we will head to the studio at some point next year and record a new album. I think we will just continue to do what we do as long as we are still having fun and our hearts are still in it! 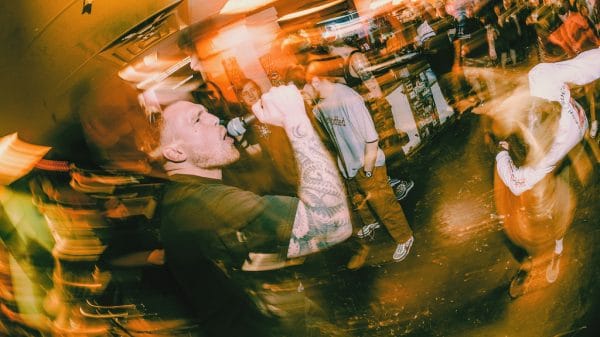 Take the Pain out with Hardcore: RESERVING DIRTNAPS Another Disaster EP

We’ve always covered music inspired by the shadow side of humanity, but these days there’s a poignancy to releases like the new EP from... 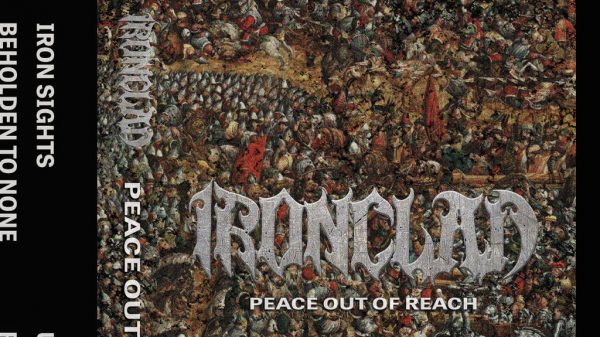 I’d be lying if I said I didn’t miss going to Hardcore shows and letting my aggression OUT! Instead I’m blasting the new IRONCLAD...