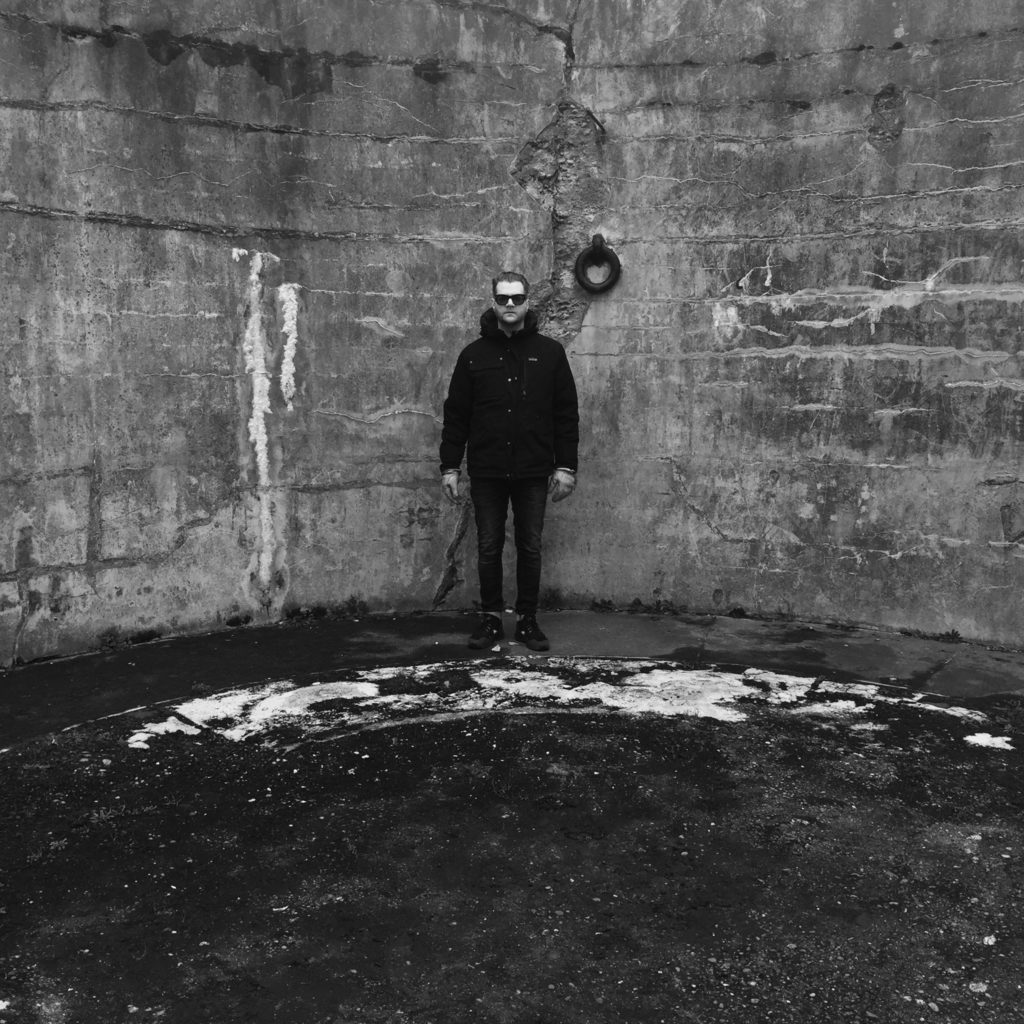 Jonathan Krohn, aka Stave, is an intriguing electronic producer from Chicago, who displays a diverse perspective when it comes to music he was also a member of experimental rock act Male, who released a couple of excellent releases in the in All Are Welcome and German for Shark.  In this interview, we discuss with Jonathan the scene in Chicago, his collaboration with Karl Meier in Talker, the new Stave record Battle Standards and the co-founding of the Standards & Practices record label.

Hi Jonathan. Firstly, thanks for finding the time to do this interview, it is much appreciated! You are based in Chicago, which is home to legendary artists, both past and present. What can you tell us about the electronic scene in the city? How did you start getting involved?

Yes, based in Chicago. As far as electronic music in the City itself — I am a bit removed, not for any particular reason, just that I don’t really go out too much! But I know people are doing really cool things and I’ll probably not be able to identify or will miss who is doing what at the moment. I mean, for me personally, it’s a city from Big Black to Kevin Drumm, Mark Solotroff, Tortoise, Pelican, Ken Vandermark, Ron Hardy, and much more that I am totally neglecting here, but I think you get the idea.

I personally got involved just being a listener and fan, trying to take in as much of the variety as I can, something I have done since the beginning. As the music scene is Chicago is quite diverse, ranging from jazz to electronic and from post-rock to metal, and I think you wondered a bit on the outside of electronic music with Male, the experimental rock band? What was that experience like, and are you involved in anything else, or in any cross genre collaborations?

Not really involved in other cross collaborations. For me, it was just seeing shows, going to performances, getting involved. Someone like Mike Reed, who presents performances in the free improv jazz world currently, has been an inspiration because of his dedication. I think for me, since I came from a varied background of rock/electronic/punk/metal, what made most sense was to go to a variety of different shows on a nightly basis and experience all the diversity of the city’s scene.

When did you start working on music for your solo project? What was your vision when you first started out and has that remained the same?

In the beginning, it was me trying to learn how to use Ableton Live. I was starting to use it with the Male stuff and had just started to experiment with adding percussive elements in the program. For the most part, the first Stave record Reform was made pretty much ‘in the box’ with Ableton — aside from some synth, drums and added guitar from Ben Mjolsness who did the Male project with me. I was house sitting for my friend Bob, who had more of a dedicated studio in his basement, and it allowed me to record those exterior elements and put them together while learning how to work with Ableton.

Now I am still using Ableton for recording, but my personal studio includes much more hardware that finds its way into the recordings. At this point, Ableton really has become more of a recording element than a composing one. Which really opens up the writing process for me since I am recording much more in a ‘live’ capacity outside of a digital audio workstation.

You have co-founded the Standards & Practices record label, through which both new Talker and Stave records are released. What made you decide to go for this? Will the label be used only for your music or will you be looking to release albums from other artists as well?

The label was suggested by Karl Meier (other half of Talker) more out of wanting to get some new material out as soon as possible. We had some Talker material ready to go but Karl O’Connor (Regis / Downwards) was kind of taking a break from the label. We suggested that we could possibly put it out and he was like ‘go for it!’ — so we’ve had his support from the beginning. This doesn’t mean we won’t be releasing music through Downwards in the future, rather we were a bit eager to get the material out.

And I particularly like having the control of owning a label. Running it with life long friends, brothers Ken and Karl Meier, also makes that easier. Ken has been handling the design and aesthetic side of things from his studio Common Name in addition to programming decisions with Karl and myself.

We do plan on releasing other artists in the future and using it as an outlet for future Talker and Stave as well.

You also collaborate with Karl Meier in Talker. How would you describe the differences in the sound of your own project to Talker?

For the Stave stuff, I would say it maybe its more ‘experimental’ for lack of a better word, than for Talker. I see Stave as something that is very malleable without a really defining sound to it, and I think the one main factor for this quality is that it’s just me for the most part producing the music. The sound itself can always change, which is something that I really like and I think is reflected in my approach to what I grew up listening to and continue to listen to. It is a bit funny because I really do not listen to a lot of contemporary electronic or beat driven music. For me it’s the project that always finds me trying to recreate an Autechre-like track or something to be honest!

In a previous interview, it was mentioned that you are a more classically trained musician while Karl had more experience as a DJ. How have these different backgrounds helped you with Talker?

I wouldn’t say ‘classically trained’ for myself, I think more of ‘had taken lessons,’ but Karl also grew up in the percussion world, and within a marching band setting, so he has that background. But he is a fantastic DJ and that has become part of his style. I don’t DJ — my DJ world is more in the selection of tracks and then trying a nice fade in/fade out approach! As far as I know, Karl is currently based in Berlin and you are still in Chicago. How has this affected your collaboration? Given that we live at a digital age how difficult was the process of creating Battle Standards?

Not terribly difficult. Getting files back and forth was easy and being able to listen and then re-work something quickly works really well. We also had moments when either he was back in the States or I was over there to work on a track, which helps.

How would you compare your new EP, Black Hills, to your previous releases? How would you describe the evolution of your sound through the years and specifically to when you first started out?

As mentioned, I see the Stave project as something that can change fairly easily and I really don’t want it to be about one particular sound. It is a very “in the moment” project, almost like it is based on my mood or something. Black Hills came about in sessions of working on material at one tempo and then changing it.

At the same time I was working on an EP for AIIA Recordings out of Lyon, France – the soon to be released Fought EP – and those tracks are more ‘straight ahead’ tracks. All this again stems from growing up with labels or bands, musicians in Chicago, where collaboration or one album from another would be a departure. I’ve always liked that, and to me it generates new ideas and interesting results.

What is the setup that you are currently using? Is it based around digital, analog or is it a hybrid setup? What would you say is the most useful piece of gear/plugin that you tend to always use?

The set up now is a hybrid between digital and live. Hardware would be the focus and Ableton basically acts as the way to record the performance. I try to vary the instrumentation on each track so there is really no real blueprint from one track to the next.

In this article:battle standards, electronic, industrial, standard and practices, stave