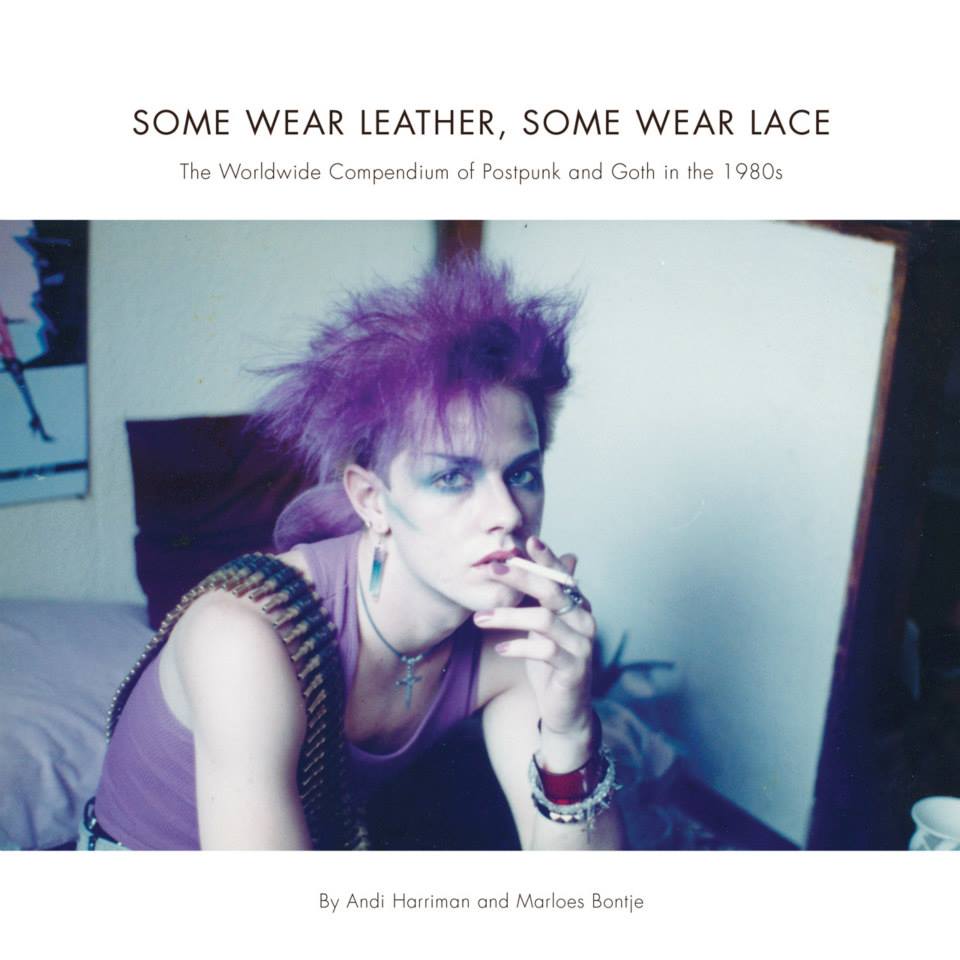 Hi Marloes…tell us a bit about your background…where are you from?

I am from the Netherlands. I grew up in a boring suburb in the centre of the country. I kind of lived off the Internet as a teen, filling my head with music and perceptions, until I was more mobile and able to go to university, and go out and meet people too.

If You had the power to go back in time and party at the Batcave, would you? What band from that era would you want to see the most?

Yeah, I’d definitely take a look, since the visitors were dressed up so special. Not only this club though, I’d be curious to take a look how things were in other countries, too. No band in particular, but I would be curious to see and meet the band members when they were my age, and to find out how they lived and if they’d have the same mindset. I am interested in similarities between people in different decades and eras. Where did your love for 80’s Death Rock, Post-Punk and Goth come from?

I think many people of my generation got to know ‘gothic’ as an inspirational element in rock acts, (nu-)metal bands such as Evanescence, The Rasmus and Nightwish. My story isn’t any different. However, when I was 13 I figured out that ‘actual goth’ was different than the forms I met so far. Some of the bands also referred to TSoM and The Cure when they were called goth. So after some research, I started bending towards new wave in my musical taste more and more. I’d now refer to darker forms of new wave as ‘gothic’ and that later acts in the 90s and 00s have similarities in themes and looks. To find out that there ever was a music genre that exactly reflects me was kind of a relief. As a teen, I’d figured I had a hard time finding people with the same interests, mindset, and nuanced and introverted way of style.

Why did you start your tumblr, and why did you choose the name “Now This Is Gothic”?

Oh man, I was so sick of all the ugly examples of ‘goth’ looks on the internet and annoyed that the original style with the big hair and toned down look was nowhere to be found. I named the website that way to state ‘now this is (what I think is) gothic’. It is partially a complaint and joke, but above all, a place to take inspiration from and a place to learn that creativity isn’t bought.

Your site has the best pictures of 80’s Death Rock, Post-Punk and Goth – how do you find new photos?

Many people from back in the days gather into facebook groups, remembering the good old days. Facebook is an archive itself, basically! Also, you’ve got to understand how Google works; meta data, search tools, recent uploads, etc. It takes hours to go through all these pages and photos, though. I’ve spent unhealthy time on the internet for this. When you started your site, did you know about the connection between the Peace Punk scene and the Death Rock scene?

Deathrock, yes – I assumed it to be the American equivalent of batcave style and music. I’ve never heard of peace punk. Sounds too political – I considered new wave and goth a-political. If, I take it, peace punk was some kind of hippie punk, then there was a divided acceptance among Goths. You had those who hated hippie culture and looks and those who found these hippie, dreamy and eclectic looks great.

Can you talk about the process of getting your book together, and the story behind the title “Some Wear Leather, Some Wear Lace”?

Andi Harriman and I met through my tumblr and we spent two years researching next to our studies and jobs. The network I already had because of my tumblr came in handy. What ended up in the book was subject to quite some discussions. The title was a typical light bulb moment – I woke up with this in my head. It is the first line of the song “Sexbeat” by Sexbeat that is about the visitors of the Batcave club. In my eyes, the leather part stands for Goths that got their tastes from punk or fetish and the lace part stands for the more romantic styles that goth is also known for. Through your contact with different people who were a part of that era, have you heard any crazy stories that you can share with us?

They were more than uncomfortable, those stories. … Groups of alternative friends that weren’t allowed into Disneyland because of how they looked… A pretty goth boy alone in a bus and another man in the bus leering at him and jerking off… The eastern part of Europe: alternative looking people that were arrested and forced to disband their bands, get a haircut, etc.

What impact do you feel that 80’s Death Rock, Post-Punk and Goth have had on fashion and culture?

This subculture definitely worked in a bottom-up way, considering its influences on the high fashion and then commercial fashion of some seasons ago. Eighties fashion, lace overload, leather jackets, buckled pixies at Zara, Joy Division t-shirts at Pull and Bear.. you name it. And now it is the 90’s  turn – and indeed there you have 90s goth too popping in stores, velvet long skirts, mesh tops. Every new decade borrows from 20 years ago in fashion and music sense, and so will also takes its bits from ‘goth’. It’s just a matter of time until gothic metal acts are considered classics and musical innovators and their fashion will be hip again – mark my words.

What clothing from that era would you want in your closet now?

I think a black, feminine tailored suit with a pencil skirt and slight shoulder pads. Something Patricia Morrison would wear. It seems that Patricia sold her white Dominion suit for charity – shame I haven’t got that one! British Goths also wore a necklace, which looks a bit like chain mail, only more fine – these were nice too. What current Death Rock, Post-Punk and Goth music or fashion do you dig now?

On the synthesizer driven bands level more interesting stuff has happened than on the guitar side, in my opinion; I like The Soft Moon (US) and Keluar (GE) a lot. I’ve been imagining and hoping for these sounds to be made and they were there in the nick of time. Living off ‘80s music only was not enough: the old skool goth parties were boring and slightly pathetic around that time. Also, all the minimalist black looks, and this really tight graphic design influences that has been going on for a bit now – it took a long time before goth moved on into a toned down look again. I think websites such as facebook and tumblr helped reconnect people that were looking for each other and have reshaped the scene.

Advertisement. Scroll to continue reading.
In this article:80s goth, batcave, DEATHROCK, GOTH, now this is gothic