Czech artist Nic have granted CVLT Nation the band’s first interview in English. Because of the language barrier and not every member of Nic speaking fluent English, the band felt comfortable addressing the questions together and speaking as a group.

Why the decision to go nameless?

Nic: This was one of our friend’s idea. She came up with the idea of the black censorship rectangle that is used to cover things that are not supposed to be seen. At the time, we were struggling to find a band name that we would like and were finding out that most band names are just cool sounding words or phrases without any deeper meaning, anyway. We decided to go nameless, and we thought it fit to the music perfectly. The truth is, other people forced us to start using the name Nic (which means “nothing“ in Czech) after we were starting to be called many different weird names that people were making up in order to be able to refer to us. We sometimes feel discouraged that with this name we basically buried all our chances to succeed. But we think we are doing pretty good for a band that is basically impossible to Google.

The Demo has seemed to achieve success and praise from black metal fans across the globe. Not too many bands ever expect their demos to be vinyl worthy. How much of a surprise has all this been?

Nic: We knew that it could have some impact, at least in the Czech Republic, but the amount of success really surprised us and keeps surprising us even now. About the name “Demo,” when we talk about the record we talk about what we think of as the EP. The title “Demo” is not written on the record and “Demo” was what we wrote on Bandcamp when uploading the record, not really thinking about it any deeper. We got texts like an hour after it went up saying, “‘Demo’? Really?”

Nic: We made it DIY in a small cabin in our friend’s garden. We were going for a low cost, and our friends helped us mix it. We released it on cassettes, and then vinyl after demand for that appeared.

Why do you think the album has had somewhat of a global appeal? Is it the nature of the genre which tends to transcend language barriers with raw aggression?

Nic: This is a hard question that we don’t know the answer to. We can only say how we see it from our perspective. We think we play the music a little different than other bands in this genre. We have heavy influence and roots in hardcore and the emo/screamo scene, and maybe combining these elements with the more traditional ones is what makes us sound different. Of course, there is no doubt that bands like Wolves In The Throne Room, Deafheaven, and others were also a heavy influence for us. It wasn’t really the thing to do at the time we started this and relased the music. We think our stuff is more emotionally impactful and more about screamo than metal, really. We wish we had a better answer.

The Demo seems to deal primarily with the loss of someone. Was there a singular event that triggered the lyrical themes?The lyrics seem to come from a specific event.

Nic: Yes, the lyrics are about loss, loneliness and dealing with that. The intention was to describe the phases of this process of losing in our record. There are four parts to one story, and four songs on the record. The first one is about self-pity, the second about sacrifice, the third about the inability to do harm to others when face to face with them, and the last about self-acceptance. What drives you to make this specific type of music? Does it have to come from a dark place?

Nic: We don’t think it necessarily has to come from a dark place. Honestly, we don’t find the music to be that dark or depressing. We don‘t think our lyrics are all that mysterious, or use woodsy imagery like a lot of acts that sound like us. We focus on humans, real life, and crisis. People can take it from there.

Why do you think Europe produces so much of the quality black metal we hear today and has been such a driving influence for the genre over the last few decades?

Nic: We’re not really listening to that much black metal these days, so we don’t think any of us feel educated enough to comment. Yeah, it does seem popular. Black metal has strong roots in Europe, mainly northern, and the genre is always shifting, evolving, incorporating other musical elements. We like American black metal more because it is more free and open to new ideas. Europe has this obsession with being “trve” that we’re not really in to.

Do you guys subscribe to any of the classic characteristics that come along with black metal? Do you reject any?

Nic: We do not feel we belong to any black metal scene, so we do not really feel we share much or have anything in common. We come from the hardcore scene. True black metal diehards don’t like our music, typically. We’re ok with this, though, because black metal can be so oppressive and exclusive, too. We reject all kinds of human oppression. Especially the Nazi movement in black metal and all that bullshit. We want to be inclusive. How do you feel about the shoegaze label you guys get then? It’s getting more and more common to incorporate shoegaze elements into black metal. How does Nic work to distinguish itself from the other bands that play this very popular style at the moment?

Nic: We use these elements because we have always liked them in hardcore or black metal. I don’t think we are willingly trying to distinguish ourselves. We just like what we make. One of our huge influences is Envy and bands like them that incorporate shoegaze into their music. We try to use them in our own way, but like we said before, we’re most heavily into screamo/hardcore and that’s what we identify as.

How has coming from the Czech republic influenced the music?

Nic: We don’t see any influences that are specifically Czech. This kind of music has no real roots here, and if we could name two biggest influences, I would say Cascadian black metal and French screamo.

Since 2013, we’ve only seen a couple splits from the band. What is the plan for the future?

Nic: We are writing music for a full length, but it’s going rather slowly because of our working duties, and living in different cities. This year we are planning to continue writing new music and playing more shows than last year, which was really slow for us. We will also go on a Euro tour with our buddies from Old Soul in July.

Check out Nic on their European tour at one of the dates below. 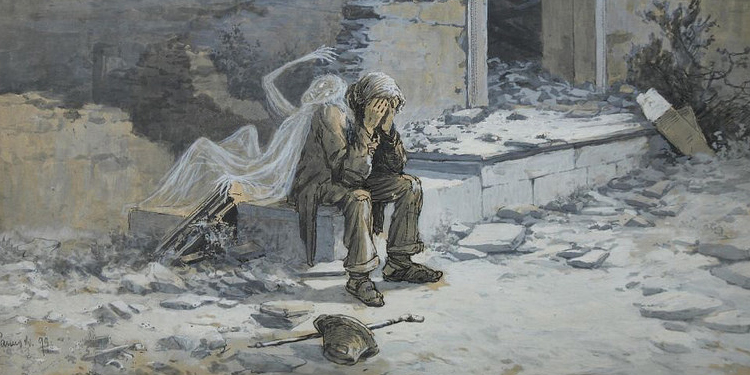 Jaroslav Panuška painted many of the creepy, downright disturbing artworks below in the early 1900s. At a time when such nightmarish images would have... 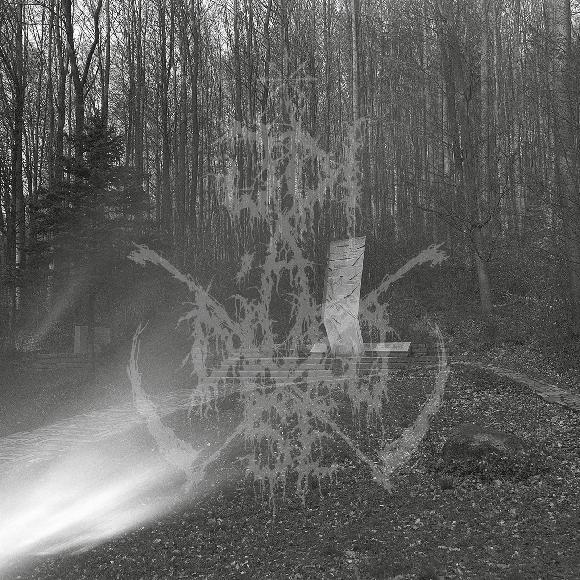 Jdi a Dívej Se (“Idi i Smotri”, or “Come and See”) is a breath-taking Russian movie from 1985, and now also a compilation presenting seven...