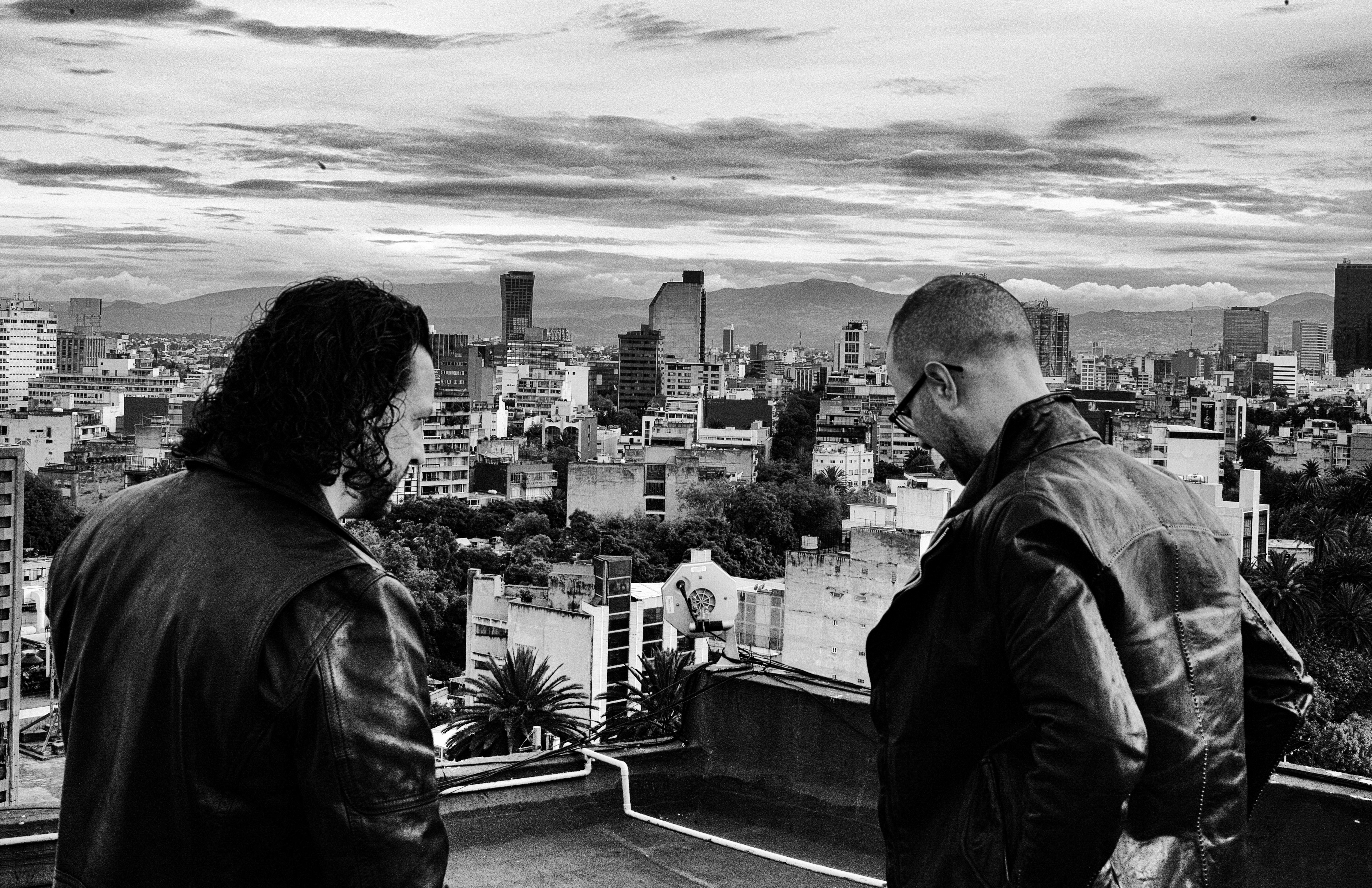 Thanks for the interview. It seems like LowFlyingHawks tries to keep somewhat of a low profile when it comes to your personal lives. Not even your real names appear on the album, rather they’re listed as EHA, and AAL. What is the idea behind the relative anonymity?

EHA: The idea is so that people can focus on the music. We want listeners to ignore who is playing. We understand with bringing in Dale (Crover) and Trevor (Dunn) that people will recognize their names as members of the Melvins, but we really want people to focus on what they hear. People get so caught up in who made a record and everything that surrounds a record. I want to take the focus out of all that stuff and just focus on the complete and total product itself and that is it. Let your ears explain it to you.

That’s a noble cause, but I know that for some bands it has backfired. Soon enough, people become so obsessed with finding out who is behind an artist that they consider it a challenge to dig up the details. Is that a distraction that concerns you?

AAL: I think that is bound to happen with time. We love Richard D. James and he tried to do that initially, but with such a long career eventually he gave up pieces of himself. We can still keep it under wraps at this point relatively easily. On the opposite side of this, there’s a guy like Kanye West who is always in your face about who he is. That level of pretentiousness and brashness only gets him more followers, but I would say that it makes his music more of a spectacle about himself. It’s not always about the music with him. It gets too absurd for me. We refuse to get more popular by just attracting grandiose attention to ourselves. We record what we love and do what we like. If others like that, then great! You two have been making music together for a long time, but Kōfuku was LowFlyingHawks’ debut record. Does it really feel like a debut for you guys?

EHA: It doesn’t feel like a debut at all. We’ve been at it for a long time together and by ourselves.

AAL: LowFlyingHawks is the culmination of every artist we’ve ever listened to, every hour we’ve practiced, and everything we’ve played as musicians prior. This is the sum of us as artists at this point.

On this record you guys got to work with Dale Crover, Trevor Dunn and Toshi Kasai. These three are essential to the Melvins crushing rhythm section. Were you hoping to capture a Melvins like atmosphere with these guys in the studio?

EHA: Totally. We wanted something heavy and dark, but still emotional. We wanted crushing guitars and huge rhythms. Even more so than what we could create just by ourselves. We don’t want that defining the band, though. We love ambient stuff too and we try to incorporate subtleties as well. We listened to a lot of (Krzystof) Penderecki and (Brian) Eno while recording Kōfuku too. We wanted something deep and submerging. Ambient stuff can have just as much depth as the heavy stuff. We think these shorter undertones reveal themselves as you get more comfortable with the record and this is what makes each track stand out. Those guys are such great musicians. Recording with them was like butter (laughs).

AAL: That atmosphere isn’t all one color, though. We want it to appear all black and grey on the outside, but as you really unfold this album we think there is a spectrum of colors. It’s funny you mention some of these minimal and electronic artists. I was really interested by a couple of the influences listed on the record. Can you tell me about how Richard D. James and Arvo Part’s styles manifested themselves on Kōfuku?

EHA: Mentally, we totally keep that stuff in our head. It’s hard to combine the two styles in obvious ways though. We love that stuff, but we love metal, too, so it’s more about the approach. Those artists are so good at creating emotional depth with their pieces. To get rewards from music like that requires focus and attention. It isn’t easy stuff. We think our music is similar in that regard. Something submerging and challenging can be the most rewarding. When you listen to Arvo Part, you can’t help but drown in what he creates. It’s so simple but so complex too. It’s like a big wave. Art should deliver a wide spectrum of ideas and Part’s music is great at that. That is our aim too.

I hate that music can become something that you watch on Sunday like the Grammys or Oscars. That level of materialistic consumability isn’t what I want to make. Someone else can make that. Engaging in music is something I think should be more spiritual and involved that that.

The biggest theme I got from Kōfuku was largely the idea of loss, and in some instances, starting over. Was there a singular event or series of events that influenced the songwriting and themes on Kōfuku?

EHA: Life is the influence. Life is birth, death, destruction, loss, and so many other things. And that is just every day. That stuff all happens in just an hour on this planet. Life is complex, man.

AAL: I think the message we are trying to send is “Don’t try so hard. Let it go. Be yourself.” I understand Kōfuku is a Japanese translation for “Surrender.” Why did you guys choose the Japanese word? Spanish or English seem like more obvious choices.

AAL: Japanese words tend to be more complex and profound. One word can mean and express a lot of things. Kōfuku doesn’t just mean surrender in Japanese. It is more like surrendering to the moment and letting the inevitable happen, and finding some satisfaction in that. We think of it as not getting caught up in things that are much bigger than ourselves. As for how it relates to the album we as humans are existing and trying to evolve, but eventually we’re going to end, too. It’s better to just think about now. God and the universe are so much bigger and complex than us, so just let them work in the way that they do or you’ll find yourself running into a wall.

EHA: The word by itself in English or Spanish just means “giving up,” and Kōfuku accomplishes a much greater depth than that. We felt it was a perfect match to the album. The Japanese language is cool like that.

It is becoming increasingly trendier to incorporate shoegaze elements into heavy music. How do you think LowFlyingHawks distinguishes itself?

EHA: Our music is monolithic, and I mean that in terms of the entire album. The entire album is like one big piece. We visualized this record as a huge black stone coming up from the ocean or something (laughs). Stuff like classical music and jazz music is how we see our work. You know how most fans see works in those genres as one piece? That is how we want our work to be viewed. Shoegaze is such a catch-all these days. I mean, we don’t look at our tennis shoes and play like those 90s guys. I think we’re more metal than shoegaze. I think how we mix the vocals is very anti-shoegaze. The vocals are almost choral, not washed out. Without getting too abstract, I think it’s our outlook on life and how that affects the way we approach our music. There haven’t been dates announced yet to support Kōfuku. Is a tour of some kind on the way?

EHA: We’re actually working on new music right now. We’re hitting the studio in October for our follow-up record and hoping that will be out March or April of next year. With two albums under our belt, we think we’ll be ready for a large tour. We just want to have more material to tour on.

This new record is going to be dark, dense, and monolithic. Even more so than Kōfuku. We also are going to incorporate faster stuff. Not like black metal, but we want to incorporate some black metal or death metal styles. We’re like painters and we want our next piece to just be more robust and deep. 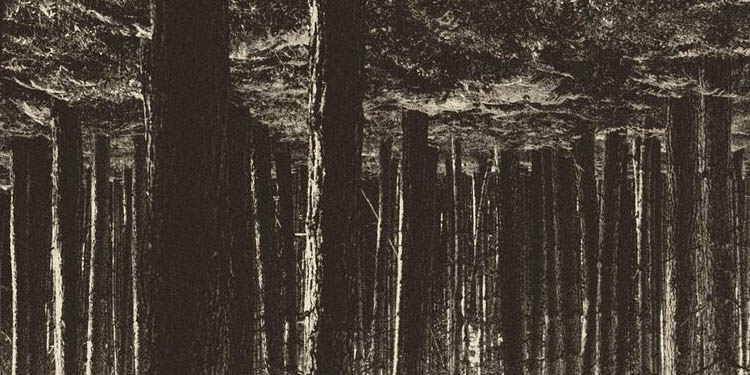 The first time I listened to LOW FLYING HAWKS (feat. members of Melvins) was after reading the interview with them that we published last...