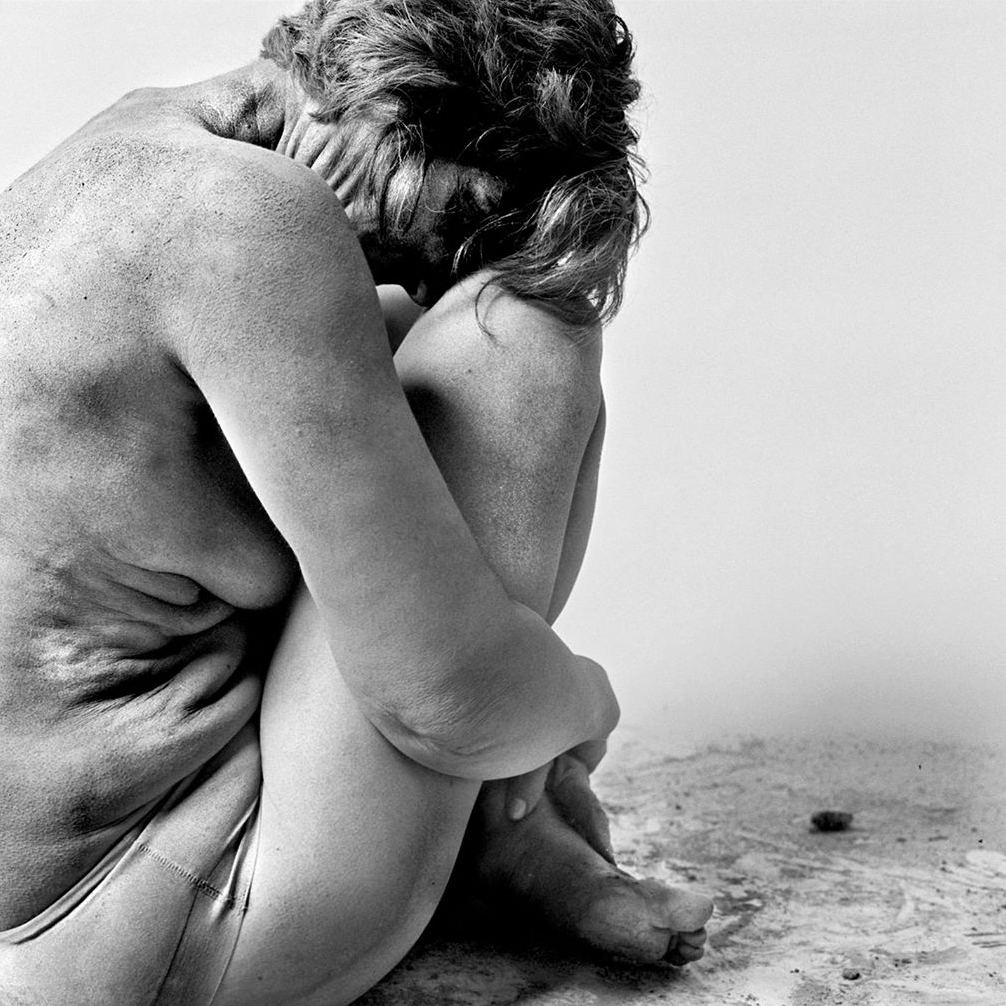 Malaise is a French word meaning discomfort, uneasiness, the sensation of being physically disturbed from something. That’s the word The Rodeo Idiot Engine chose for their new album, two years after Consequences, a major achievement of the 2010’s chaotic hardcore era. To celebrate this release we have an exclusive stream of the second track “Carrying Icons,” as well as an interview with them to talk about Malaise. You can now preorder the LP/CD version of Malaise on Throatruiner (France), Grains of Sand (Russia), Dingleberry (Germany) and Deathwish Inc.

There are both an English and French versions of the interview with Alan (Guitar) and Jérôme (Vocals), and you can also listen to “Le Parfum” through our colleagues’ website before sinking your head into “Carrying Icons”.

The way you announced Malaise made it sound like it was a very difficult thing to release the album and that it took a lot of energy. Was it a very intense process ?

A: Like all the other ones! Writing/recording/releasing an album is like sprinting a whole marathon for us. We’ve always put ourselves under pressure by defining unrealizable deadlines otherwise we could never been able to make things as fast as we would. For Malaise, the whole process took less than a year, when we booked the studio we didn’t had any tracks at all. So yes, it’s hard and you have to make a lot of sacrifices at a personal level. You can’t only give 50% of yourself to this kind of project, you have to be committed and make choices. So yes, to answer your question, it was intense, but I guess that this helped to shape the mood of this album.

The physical release is cut in half because getting the LPs is tough, do you see this as a real problem or it’s not that important to you?

A: More than having the LP a few weeks after the official release date, the issue is to go on tour without it. It’s a terrible money lose for a touring band. You sell most of your records after the show and not on Internet so it’s really important if you don’t want to finish the tour more broke than you already are.

The title of the album, coupled with the artwork, gives us a large panel of interpretations. Discomfort (Malaise in French) can be associated with old age, nudity, a body that doesn’t match beauty canons, and many more things that I will not list. How did you choose the name?

J: The name of the album represents this feeling of deep unease that eats at you, but also the one that you can induce in the others through an uncommon attitude, some weird behaviors or theories. That’s what our society inspires in me/us. We searched for a physical representation of this “malaise” while contrasting it with something aesthetic. The choice of skin, a body and a life contrasting with the beauty stereotypes was really important to us. Also the choice of the body position should echo the internal suffering we wanted to show.

A: To work on the band visuals, I’ve always taken some time to soak in Jerome’s lyrics. This time they were sweating a deep sense of unease, something with which you’ve learned to live with. Not a teenage depression. So I had this blurry image that we managed to outline with our friend, Louis Triol, who took all the shots. We really wanted to see how people will feel in front of this picture, because like you said, the title could means a lot of things but from the first feedback we had, it really makes people ask questions, which is a good thing.

J: For the artwork and the lyrics, the interpretation is really up to everyone, so we’re happy to see that it works as intended. Would you say it’s best to listen to this album (and the previous ones) during intense claustrophobic sessions where one would put himself in apnea during 40 minutes, playing with that line between unhealthy pleasure and total discomfort ?

A: To be honest, I never thought about a unique way of listening to our music. This genre could be listened to in plenty of situations and felt in different ways, but then I hardly imagine someone having us playing in the background at home. It’s something you live with on the front line!

I found on this album a real fluidity, juggling between short intense songs and more contemplative ones; we already had glimpses of this evolution on Consequences, was it unavoidable ?

A: It’s true that we always had this tendency of mixing different kind of tracks. We never did this intentionally, it’s really natural for us certainly because we hate monotony. I only hope that we do it better now.

Malaise has songs written in English, in French, and also in Basque (language of a region between France and Spain); do you feel at the center of those three cultures ?

A: At different levels, yes. Musically, we grew up influenced by English-speaking bands, that’s why we firstly choose this language. But with the years, I guess that, all of us, and particularly Jerome, wanted to try something new, saying different things with a different language. Some topics are more natural to yourself in a particular language.

The vocal parts seem to me even more beastly than before, as if we stopped someone from talking during two years and now we finally took his muzzle off. The suffering and violence coming from the lyrics are also really perceptible, it needed to get out ?

J: The album was written during a troubled and hard period for myself, so the anger and the suffering are certainly present in the lyrics. I also have some health problems which influence my psychological and physical condition, and since a few years ago, also my voice. The recording took place when I started to feel better, so I had less difficulties in using my voice. I see it like losing a muzzle. Now the bridle is still tight, but the album and the studio helped me a lot.

One sentence struck me during the song “Final Relief”: “Whose idea was it to inject me lucidity?” This cruel line reminds me that I often think we live in the society of “to live happy let’s live idiots.”

J: “blessed are the poor in spirit.” It’s hard or even impossible to live completely happily when you have a too lucid a view of our society. In the search for unconditional happiness, which is not my goal, the lucidity became a curse, it’s like a venom. You can’t just close your eyes. When you see what happens, all the shit that we do, the legacy that we will leave, you have to be an idiot, or you have to not give a shit about all that, to not be affected. It smells too much like shit and it’s hard to live with this smell.

Are “Syngue Sabour” and “Le Parfum” a nod to the movies that went by the same name, and are you in general influenced by cinema ?

J: I haven’t seen the movies, but yes both tracks reference the books of the same names. For “Syngue Sabour,” the lyrics are more linked to the stone meaning than to the story itself. Along with “Le Parfum” from Süskind, those two books are associated with two milestones in my life, and paradoxically one is the most wonderful one. Even if I’m an occasional reader, the literature can sometimes influences my writing. In the past, the cinema had a bigger influence, but it’s become less important.

“Syngue Sabour” also has in its first half sounds that reminded me of horror films scores, a perfect way to set the mood of the album?

A: We wanted a real cut with this intro, something dark and weird which could stick to the album mood but also give to the auditor some breathing room. We worked with a cello player and friend, Jérémie Garat, who is a big fan of Drone and Doom, so it was pretty easy for him to understand where we wanted to go. We didn’t really have any movie in mind, it was more a global feeling that we wanted to keep.

I had already talked about your live performances in an article and I ask you now: is it essential to have a visual personality during your shows with a rather chaotic music often qualified as messy performed live.

A: It’s essential, we always agreed on seeing our music as something you couldn’t experience alone. Everything is linked; if you want to wake up some feelings, you can’t just forget the view. If we didn’t decide to build our show like it is today, I would have the feeling of not doing my thing at 100%.

Also, personally, during a show it always helps me to forget about everything else, to enter into a state where nothing else counts.

When you toured for the promotion of Consequences, you only played one song, “Fools”… to keep the unique atmosphere of the new album, will it be the same for Malaise ?

A: Yes, we will play some Consequences songs. The gap between those two records is less important; Malaise is too recent and also I think that some people will be happy to see some old songs.

I believe a music video is in project, will it be a nice visual concept like the last one ?

A: Yes we will record it in a few days, and we could do it only with As Human Pattern, the same director as Consequences. Your shows, visuals or music videos are of as much importance as your sound. It’s the first thing that people will see, so it’s normal to be inline with the rest. I don’t see the purpose of doing a video only for the promo of a record, without really working on it. So once again, it should be a unique visual experience.

Finally, we are near the end of 2015, I feel the year has been full of good albums but almost no masterpieces; some favorite releases?

A: I agree with you, the year is full of really good Hardcore records (Loma Prieta, The Armed, Defeater, Cult Leader, Birds In Row, Kowloon Walled City…) and all styles records (Chelsea Wolfe, Sun Kill Moon, Son Lux, Other Lives, Earl Sweatshirt, Travi$ Scott…), but in the end I don’t know if something from 2015 will still be on my turntable in a few years. What upsets me the most is the lack of new blood in the scene. The good records have been released by already known bands. This year I haven’t been surprised by any demo/ep from a young band.

Thanks to Matthias, Alan, Jérôme and The Rodeo Idiot Engine Unholy fuck Whoresnation’s soon to be released record Mephitism is a fucking unhinged RAGER!!!! Over the course of 20 tracks, this band lays down the an...