The Obsessed Live at Siberia

“Man, this place is gonna be packed tonight,” Dave Shermen, bassist for The Obsessed, shared with me moments before Siberia opened its’ doors for the night’s show. The way I viewed Dave’s comment wasn’t as an act of boasting, but a humbling statement of the music, and the band he’s gifted to play in. Brian Costantino, drummer for The Obsessed, voiced a similar emotion about playing in the band: “When Wino approached me to play in the band, I told him right then I could do it. I learned to play drums by listening to Obsessed records!” It was with this sort of enthusiasm that The Obsessed remerged into the world, after nearly 15 years of slumber since their last split with the sadly defunct Nola-based stoner band The Mystic Krewe of Clearlight. It was with these resounding remarks that the show began and the crowd slowly migrated inside.

Instrumental doom trio Eat The Witch opened the show up. The Nola-based group set the tone of the night with deep rumbling tracks that bounced between rhythmic movements and jarringly tight offbeat tempo changes. Hailing from Kitchener, Ontario, Sierra was the first of the touring bands to put their road-hardened riffs to the stage. Their combination of epic progressive rock and desert stoner metal made for a high spirited performance. With the arrival of The Obsessed on stage, the crowd at Siberia pulled in closer. The crowd was a mix of mostly young faces peppered with a few seasoned vets. What makes seeing Wino play such an amazing experience? His credibility as a musician, his discography and his true commitment to the music itself. Hell, he’s been called the American Lemmy because of his complete devotion to metal. But that didn’t take away from The Obsessed as a whole. The way Shermen and Constantino interacted and played it’s easy to see how they cemented themselves as longstanding members, not just as live musicians. Their set had a mixture of Spirit Caravan tracks like “Brainwashed” and “Sacred.” Sherman took over vocal duties for “Retroman.” The tunes pumped out by Wino and company were done with genuine heart, soul and positivity that must have been solidified by their past month of touring together.

By the end of the night, The Obsessed had played a couple of new songs, one of which, “Be the Night,” is demoed online – and in the hopeful coming months, they will be recording a new album. In this article:eat the witch, karma to burn, nathan tucker, sierra, The Obsessed, wino

As is a well-known fact by now, Lousiana is a hot-spot for metal. Somehow, the stars aligned and the state has habitually produced some... 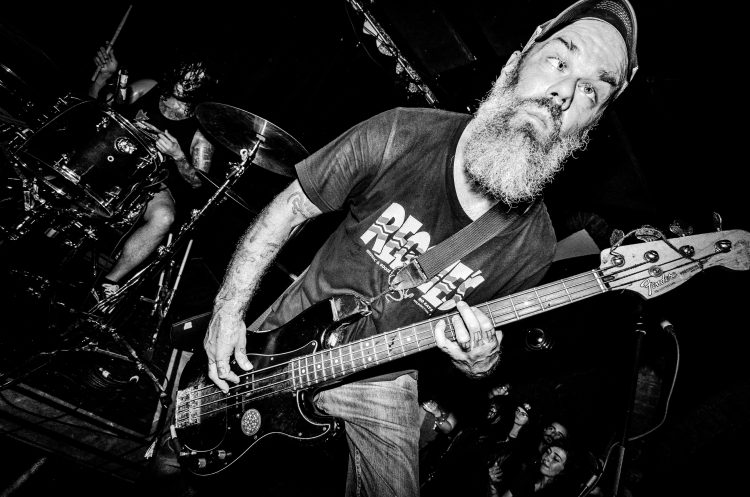