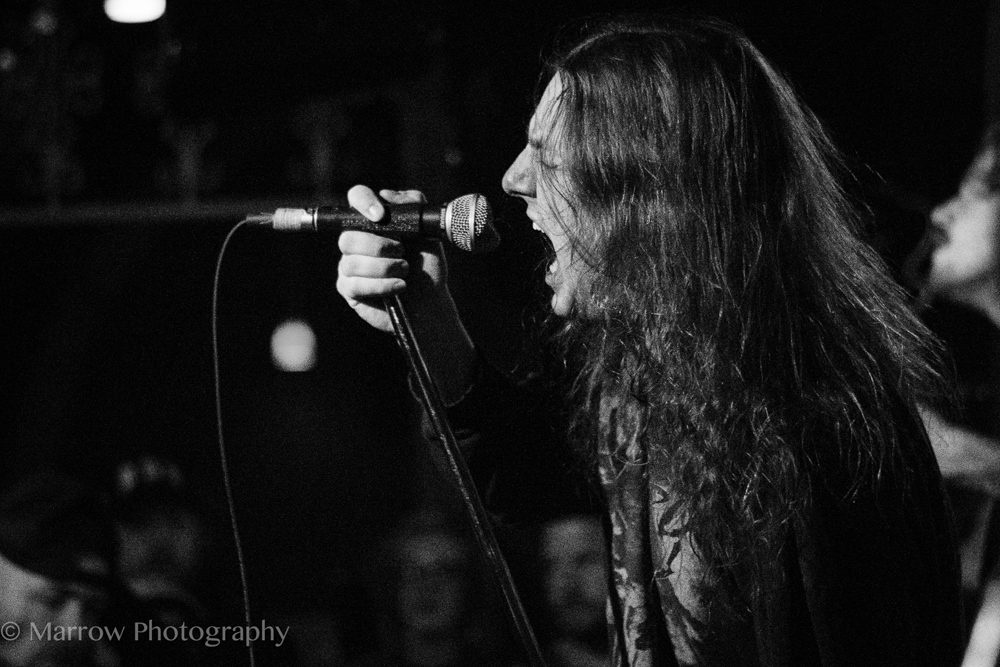 Saturday was the night I was looking forward to the most – I knew I’d get to see He Whose Ox is Gored from Seattle, Usnea from Portland and Power Trip from Austin Texas.

He Whose Ox Is Gored is just a great band all around. They have heavy riffs and sound, yet they are they are light enough that you don’t feel crushed by fuzz or volume (they have plenty of both of those, though!) from their music. It reminds me in some parts more of psychedelic rock rather than heavy metal. Their use of keyboards/effects along with more melodic vocal stylings and harmonies work very well. They’re also super cool and they will probably give you stickers! I had never listened to North before this night, and now I can’t stop listening to them. The Arizona-based trio was awesome. They were more doom but with a slightly different, more astral/ambient vibe, sometimes reminding me of YOB (one of my all time favorites), especially during their more instrumental passages/segues. They had everything I love about a good doom band: they were slow, heavy, crushingly loud, and had music that can crack the sky, rattle the Earth and explore the universe. These guys were really cool and I hope to see them again soon. This was my fourth time seeing Usnea. They have only gotten better since the first time. Each time they come more into their own and sound even better. The band slowly faded into the song that really got me into their music, the epic, burgeoning, doom-dirge “Chaoskampf.” This was one of the first heavy songs  that I really loved. I had also never seen them play it live, and it was really something awesome to experience that slow, heavy, churn in a room full of people entranced by their funeral doom. Anciients were up next. They put on a good show and had some very impressive guitar work. Very technical heavy music, with clean vocals as well as deathly screams. They have a really hectic and at times very brutal sound. This band has a lot of similarities to Mastodon or Opeth I found. Definitely worth checking out. Cult Leader was so good that they could have just capped the night off after their set. This band is so fucking good, for real! Their particular brand of crust/ metal is just progressive enough to give them some melody in their pieces, but they are also brutal enough that they don’t get distracted by what they can do technically. This is another band that is so loud and in your face that sometimes it’s hard to remember there are only four people on stage. Power Trip were hands down the craziest show I have ever seen. These guys don’t fuck around and neither do their fans. “Hi, we’re Power Trip from Austin, Texas…” and there was already some kid in a NAILS long sleeve shirt scissor-kicking people. That mosh pit was not to be fucked with. At one point, I was standing to the side of the stage and someone knocked over the guitar player’s mic stand, along with myself and about 10 other people. It was an incredibly fun time for everyone and it was really great to see all of these bands with the crowds that they deserve. This night will not be forgotten soon. HE WHOSE OX IS GORED 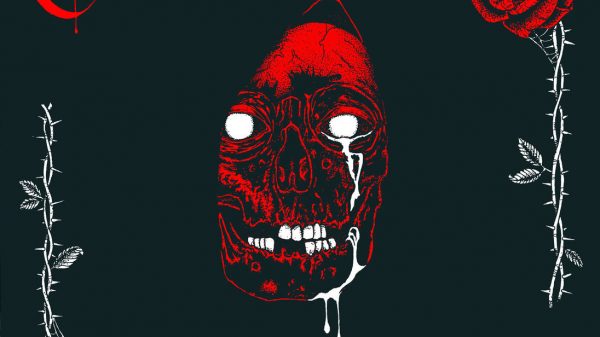