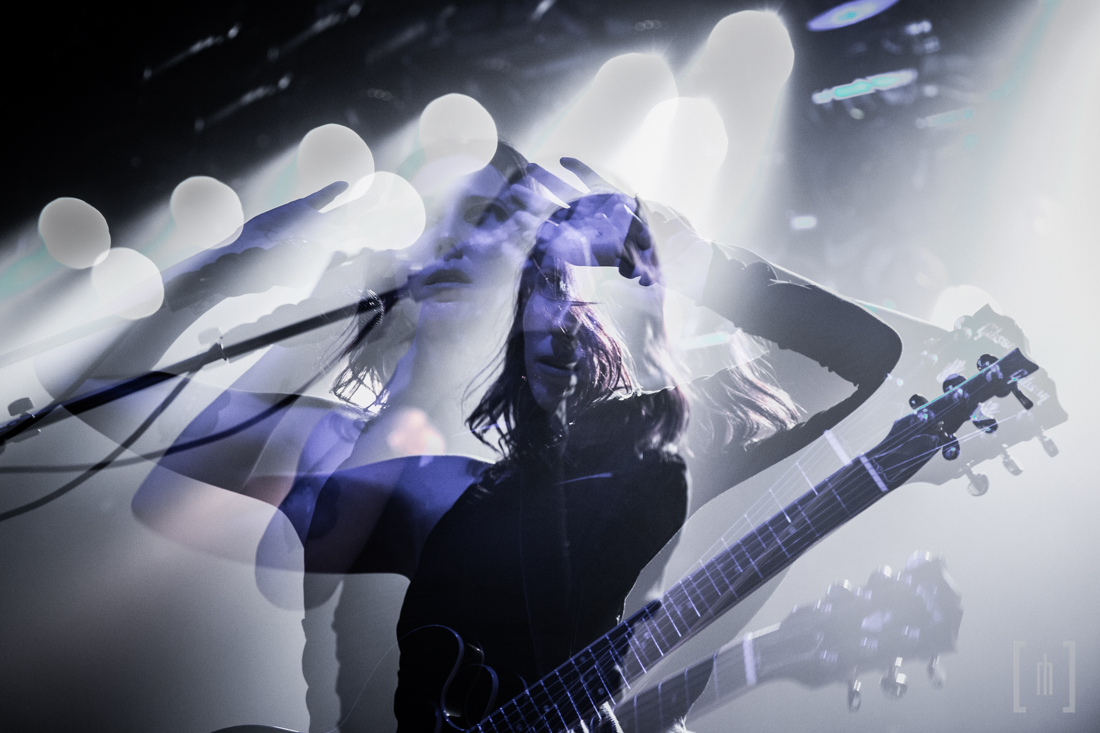 Hitting Europe on the heels of the release of her fifth full-length Abyss, Chelsea Wolfe’s set at SO36 in Berlin was remarkably darker and heavier than previous tours. The songs from Abyss have departed greatly from CW’s earlier folk-rooted offerings and leans more toward a sludge/doom/post-rock direction, and the addition of Ghost Marrow guitarist Aurielle Heitler brought a layered atmosphere to some substantially driving heavy riffs. Beginning with the crushing opening track off Abyss, “Carrion Flowers,” the group fired through a wall of distortion and pounding drums, capitalized by Wolfe’s harrowing vocals. The difference between this incarnation of Chelsea Wolfe and her debut material are remarkably different, but the progression makes perfect sense.

Luckily for the Berlin crowd, Wolfe had just made a swift recovery from illness on tour, having to cancel the previous night’s gig in Poznań, Poland. Not only persevering through a bout with bronchitis, CW played seemingly effortlessly through their full set along with an encore to a completely sold out venue.