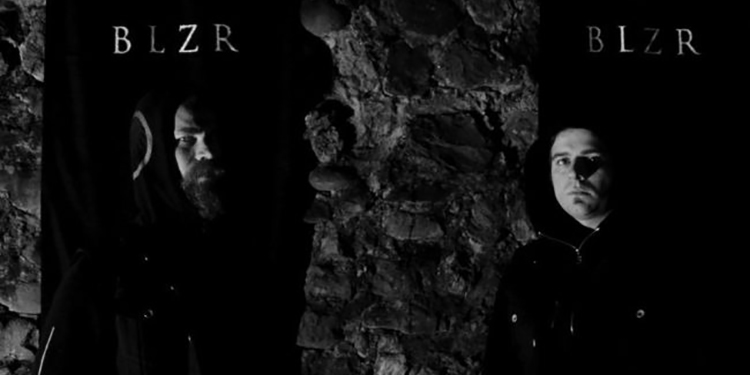 We here at Covenant, like many others, were utterly spellbound the first time we heard Bölzer. One resonant strike from the ten-string guitar, one primordial howl, and our hearts were instantly seduced.

The last four years have seen Bölzer appear near and far, bringing their singular two-piece magic to stages in five continents, release records both endearing and polarizing, and receive both the ire and admiration of the extreme metal world.

In 2017, Bölzer came to Vancouver, Canada (the home of our operations) for the second time to appear at Covenant Festival III, and in a swift lightning flash, entranced our festival with their work.

Having run into the duo around the world several times and host them now twice in our city developed a strong camaraderie and mutual respect between Bölzer and the Covenant. When we launched the magazine side of our operation a number of months ago, one of our first goals was to interview either one of these barbarians. In a characteristically candid chat, we’re happy to present to you Okoi Jones’ musings on the source of their inexorable power, neutrality in creation,  past controversies … and adult beverages. People love to talk, and, however unfortunate, negative topics seem to interest the majority of them more than positive ones. In the meantime, Bölzer just keeps on smashing everything in its path, and moving on to the next target. You guys are now well-travelled men, so tell us- how is the world domination coming?

Hahaha hey Seb, nice to speak with you again!

Well, things have not slowed for us this year with the band seeing many successful appearances on various continents and a further number of larger festivals debuted! 2019 is looking up to be a busy one too with new releases planned and fresh Terra Nova to traverse! It has now been almost 2 years since the release of your long awaited full-length Hero. The great sonic shift, inevitable controversy, and a subsequent rise to power … While, some fans experienced the ridiculous heavy metal phenomenon of “betrayal” at any unorthodoxy, others found a great treasure in the album. It seems to have been a well-executed visionary decision on your parts!! Now that you’ve had time to ruminate and reflect in this recent time of silence … did all go as planned?

Haha you certainly lend a tantalising element of drama to the truth! Thank you?! I think it fair to say I/we simply wrote what seemed appropriate at the time, which was a rather turbulent period for me personally. I intentionally wandered into some new territory prior to entering and whilst in the studio with the intention of challenging myself and in order to ruffle a few proverbial feathers on the way. Wealth or knowledge seldom befall the indifferent and it was a stimulating experience to experiment with other tones for a change. So yes, overall a successful venture by our terms!

Thematically Bölzer seems to wield a mythical voice shouting at the heavens in ritual and lament! While you’ve evolved towards a more formless atavistic lens with each release, are you longing for a more heroic age? What would that look like to your mind’s eye?

The state of this world and its inhabitants ought to be inspiration enough for any conscious person to want to change something. I am increasingly convinced it is a perverse and tasteless dream I am living, hence the escapism via art.

I am far from succumbing to nihilism mind you, the dutiful call of action in the interest of change remains the noblest of causes. Call me a hopeless romantic but anything else would be surrender in my book. A vast majority of our society have no real reason to live aside from earning and consuming, a good healthy dose of hardship and unrest is the best that could happen to them. The power in your live presence is nothing short of shamanic! Ancient, potent symbols clash with triumphant sounds and mighty delivery. It’s practically a tribal initiation into manhood … Meanwhile, your albums are full of arcane whispers and tones, adorned with art reminiscent of cave drawings … tell us more about your connection to this primordial current and where is it taking the music next?

A large part of me feels inseparably bound to the past, it is where my spirit seeks solace amidst a present age it understands but simply does not respect. There is something in me, I dare say in all of us that wishes to sing, dance, create (indeed, live!) – and music is the medium with which I manage to express a limited number of these desires with certain degrees of success and satisfaction.

Music carries me away to beautiful places of might and splendour, but it also allows me to experience emotions and visions of a violent nature which reality or its circumstances would refuse me. I can only expect our music to become more potent and honest as this is certainly my intention.

Read the rest of this Killer interview over here at the Covenant Magazine!

All photos by Shane Lange and Factory Worker Media taken at various Covenant events over the years.

There is no shame in my game – BÖLZER is one of my favorite live bands! Check out this radical full set from their most...

One of the most amazing shows of this year was watching BÖLZER kill shit at thevCovenant Fest (stay tuned for 2018). They are by...