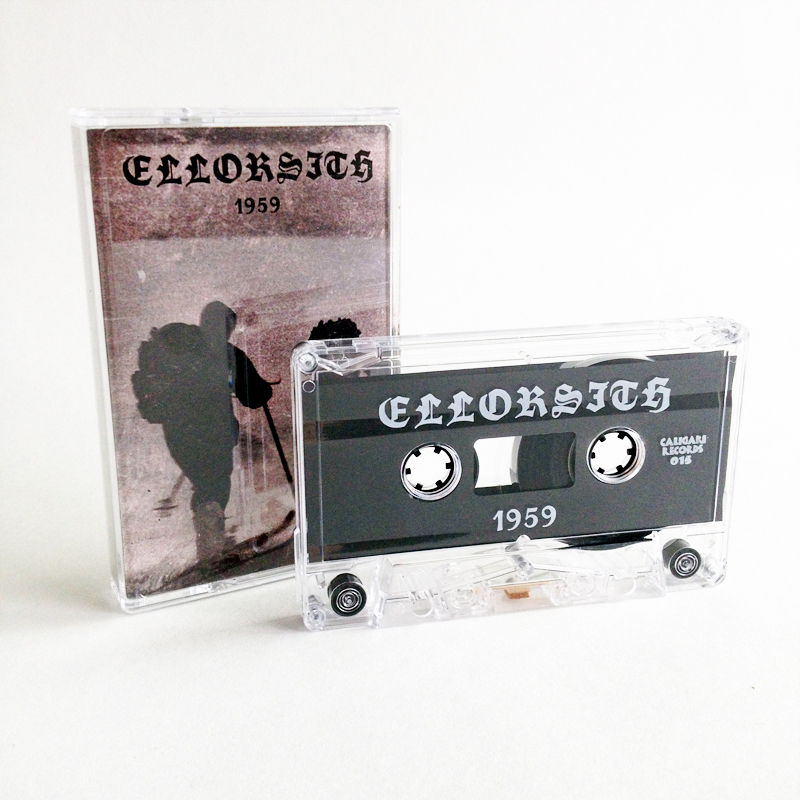 Caligari Records is releasing this hypnotizing album by a Scottish Band called Ellorsith. 1959 tells the story of the Dyatlov Pass Incident. A true story, involving the mysterious deaths of nine hikers led by Igor Dyatlov into the Ural Mountains of Russia. These deaths were attributed to “a compelling natural force”. Not only is that the title of a song on this album, but also serves as an apt summary of  Ellorsith’s sound. Theories in regards to this incident range from paranormal activity to secret weapons testing. Ellorsith is surrounded by similar mystery are almost devoid of any identity on the internet. 1959 was released on a limited hundred copy cassette pressing. The cold lo-fi production recreates the coldness of the Russian Mountains. They mix a very raw brand of black metal with a nasty pounding death metal coated in the vocals’ subterranean gurgle. “Marasmus” launches off rather abruptly. This is a more straightforward death metal approach, though dark enough until it’s hard to tell at times where the death metal begins and the black metal elements end. Most of the time when something is described as blackened, the other elements aside from the black metal dominate and the black metal is a blast beat here and there, some dissonant guitar of vocals that take on a more anguished shriek rather than a guttural bellow. Here they are blended in a more unique and subtle manner. Though upon the first listen to this band it would be hard to think of them capable of such subtleties.The mournful guitar melodies that arise toward the song’s final moments are unexpected. 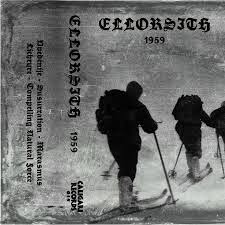 With “Lichrye,” the proceedings pick up pace. The vocals take on an almost sung bellow that reminds me of Entombed. The songs winds around into angular chords creating an odd dissonance as the song winds to an end. This dissonance is returned to on the closer “Compelling Natural Force”. The bursts of black metal here seem convulsive, as they occur with no warning. The songs slows when not in the blasting seizures. The drumming is more nuance in the cymbal accents. This might be the most well-constructed song on the album. At nine minutes, it’s also the longest, though by black metal standards these days, that’s just the intro. Ellorsith is not about letting a minute go to waste, if for no other reason than they don’t want to give you that much breathing room. Midway into the song, when the languishing chords cry out into the night, it is one of the most melodic elements they touch on, falling in the weird chasm between doom and depressive black metal. 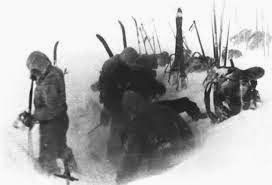 Any reluctance felt initially by the first impression of the claustrophobic nature of the raw production is forgotten by the end. Even the rough haunted house theatrics , where it seems they are going with the Yeti theory, doesn’t cast too cheesy a shadow on the albums close, and is forgivable after “Compelling Natural Force” was so beautifully constructed. These guys really prove there is more to them than just their sheer rawness. This could be one of the best underground metal releases of the year.