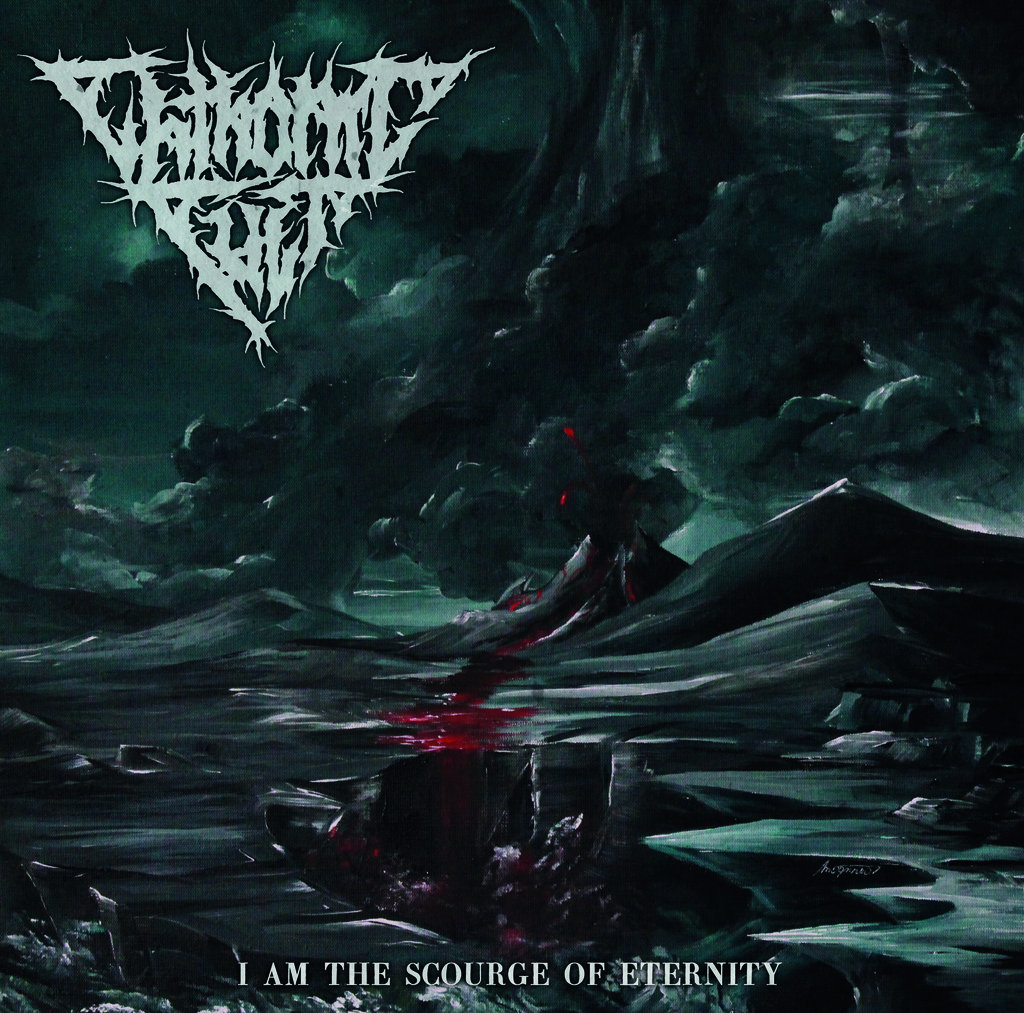 The latest in a long tradition of primitive death metal unearthed by Iron Bonehead Productions from the bowels of the underground extreme metal scene, Chthonic Cult’s I am the Scourge of Eternity is indeed primitive, brutal and enjoyable for those qualities.

There are brief black metal touches on I am The Scourge of Eternity. The vocals are somewhat raspy, and the chugga-chugga sections are accented with rung notes on occasion. Sometimes punk three chord riffs are utilized for transition. Chthonic Cult typically likes to bust out of the gate blasting, but they often mix tempos to desired effect. The occasional tremolo riff makes a cameo, going up the higher registers to contrast the sixth-string shreds.

There’s really nothing complicated about their sound. Notes rooted on the sixth and fifth string, the guitar tone sounding quite 90s death metal, the drums never sound overdone, the riffs always central, the vocals being typical of rotten, old-school primitive extreme metal. Chthonic Cult may not be essential listening for this brand of music, they are still worth the casual listen for fans of OSDM with some blackened touches.

The music on the recording sounds well-rehearsed. The production captures the grit on the strings nicely, doing the same on icy rung-notes. The moshpits should spin-cycle during the band’s live performances.

The songs are long but never boring. The band crafts songs well, featuring a variety of riffs and tempos that often evolve as the song flows. Chthonic Cult don’t quite overplay a main riff, or feature pop sing-along choruses or whatnot. The songs build nicely, sometimes revisiting a riff, more often than not letting the songs morph to their conclusion.

The vocals don’t vary much, but that is typical for this music. Don’t expect harps or harmonicas giving it modernism or experimental avant-garde qualities. I am The Scourge… is primitive and heavy.

Track three, “Asunder,” is my pick for highlight track. It features some nice lyrics to match the music. In spite of being the slowest track here, the song is the catchiest, utilizing riffs that stay in your head, with song arrangements that include a variety of elements – death metal, doom, blackened death metal and a change of tempos – all slow, all fantastic, especially the last riff, which repeats until the fade-out. In this article:blackened death metal, Chthonic Cult, DEATH METAL, I am the scourge of eternity, Iron Bonehead Productions