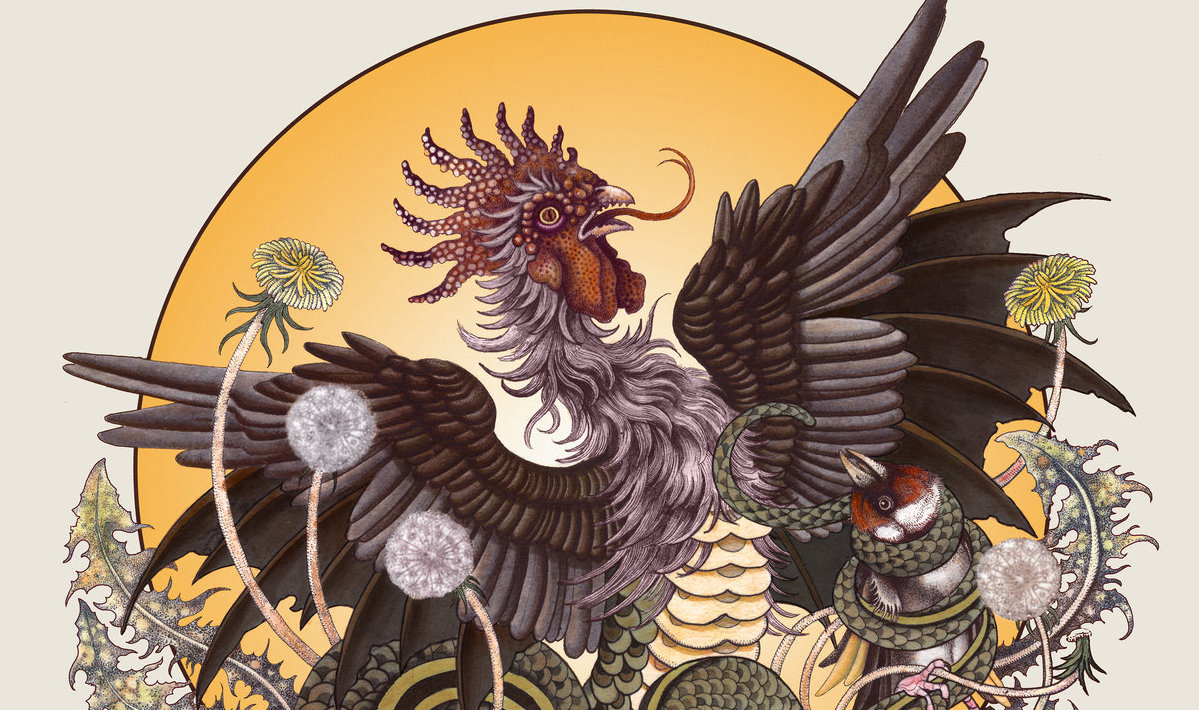 Brume introduced themselves to the doom metal realm through their 2015 EP, Donkey. In their 30 minute long work, the band from California displayed some very promising signs. Sure, the structures of their tracks were slightly repetitive and the balance could be better, but Donkey saw the band in an embryonic stage, still working their sound and trying to reach its core.

Here to help them break through this cocoon is veteran producer Billy Anderson, through whose presence the band has gained more confidence and certainty. It’s not that their grasp on the doom metal sound has significantly changed, but they have reached a stage of maturity. Plainly put, they are stepping up their game, not only with Anderson behind the production helm, but also with their presentation, acquiring the services of Sean Beaundry (known from his work with Kylesa,) to create the amazing artwork for Rooster.

The monolithic sound of Brume has not gone through a radical transformation, but the band appears more sure about their compositions, something that is noticeable with the duration of the tracks expanding further than on Donkey. It does not simply mean that Brume are dragging out the tracks, but that they take a more exploratory outlook on the songwriting front. More sonically diverse this time around, the repetitive angle of the EP has been tamed, with the addition of more breaks to build a coherent narrative, as in “Grit and Pearls.” These clean breaks, the acoustic passages, or interludes in “Welter,” showcase this new found ability of setting up the tracks, of organically moving from one moment to the next, rather than blindly rushing into them. While everything is still built around the doom mentality and groove, the performance is more convincing, coming with a power and urgency that produces some epic tracks, like the fantastic “The Serpent’s Bluff.” But even the subtler moments are presented under a different light, may them be acoustic moments or trippy leanings. Because while Brume did not, and does not here either, dwell much in the psychedelic realm, there are moments when a primal source of psychedelia comes through – either achieved through the use of feedback, providing a drone rock scenery or just by slowing down the progression and reaching a certain minimal pace, it brings an additional dimension to the work.

The incorporation of Susie McMullin’s vocals over the heavy riffs builds a nice contrast, and it is the versatility of her vocals that adds that finishing touch to Rooster. Cutting brilliantly through the heavy cloud of feedback, sounding epic as if singing from a mountaintop, getting mystical and almost prayer-like, as in “Harold,” or taking a more traditional route with “Reckon,” it always comes in with the appropriate form to accommodate the track at hand. No matter the case, the voice further highlights the strengths of Brume. Considering the progress that the band has made, the confidence they have acquired and their choices, Rooster is an excellent specimen of what they can accomplish.