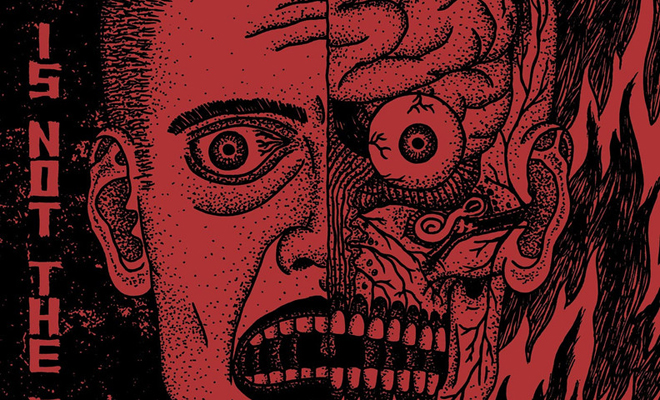 When I think of really creative people in the underground, ALEXANDER HEIR is at the top of my list. He is an illustrator, silkscreener, musician and clothing brand owner (DEATH/TRAITORS) – who knows, I might be leaving something out! Today I want to focus on this dude’s new art book, DEATH IS NOT THE END: The Work Of Alexander Heir, that will be released via Sacred Bones Records. It’s 164 pages of demented underground punk art that shows his unique way of looking at the world. When ever I see his drawings on a record cover, I know most likely the band will kick ass, and the same goes for when I see his work on a flyer, I know the show is going to be on point! Now check out a preview of what you are going to get when you pick up DEATH IS NOT THE END: The Work Of Alexander Heir – pre-order HERE! Death is Not The End: The Work of Alexander Heir