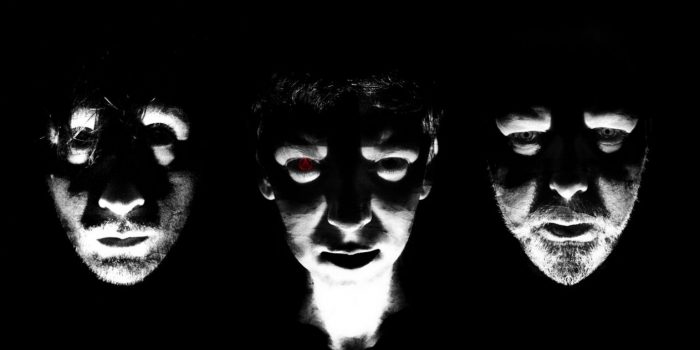 Introducing We Are Parasols‘ brand new track “The Gods have Become Disease” from the upcoming No Center Line EP! We Are Parasols are an electro-shoegaze trio out of Portland, OR consisting of D, Jeremy, and Alec. This is their follow-up to their sophomore album Inertia which was released late last year. Their music is difficult to pinpoint, but their influences range from Bloody Knives (who they toured with earlier this year), The Cure, Cocteau Twins, Nine Inch Nails, and even Madonna.

Simply put, “The Gods Have Become Disease” is beautifully sad. D’s harmonious, dreamy vocals ring out over shoegazey atmospheric electronica. Eventually D’s vocals fade out and the song ends on a much more ominous and experimental note. It’s as though We Are Parasols is taking you through this dream planet they’ve created. This is industrialgaze at its most pure.

No Center Line will be released in its entirety on September 28th!