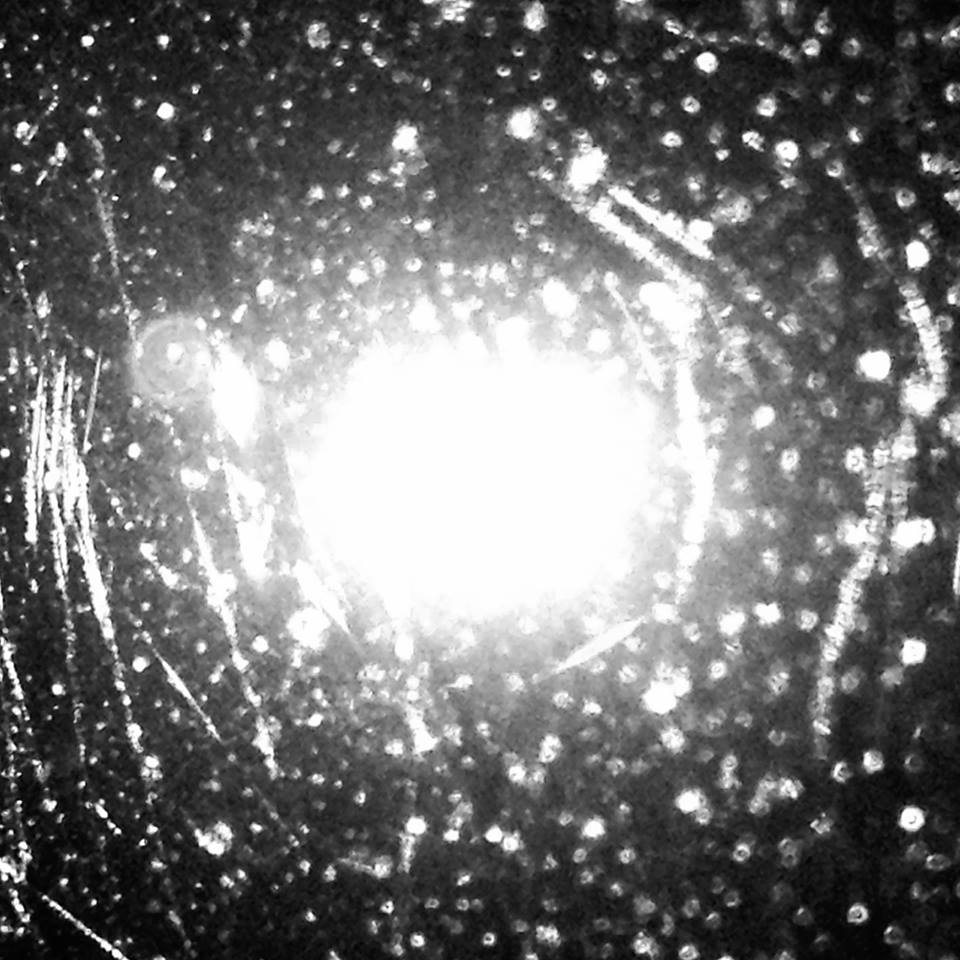 Atmospheric. Oxygenated. Watery. Elemental. Monumental. Laden with glitched out synths, humming feedback, and prime placement of simple instrument work through the labyrinth of panned-out chaos and shattering vocals; meet the album Corporeal by Cavernlight. Cavernlight is a four piece band sailing straight out of Oshkosh, Wisconsin. They’re a beast of a band that plays the finest strain of ambient black metal. Harsh buzzing and synth chopping and screwing all around a sharply exacted science of drums, guitar, bass, and vocals that range from booming, deep, gigantic roars into soft, silken highs. Everything about this band is golden and this four song release clocks in at a massive 52 minutes and 35 seconds. It drones and it sways and it sweeps; and oh god, does it feel great.

Corporeal opens with the immense “The Ember That Burns in the Endless Dark” by throwing dripping, sliding, rubbing and squirming synths at listeners. An ominous drum beats in the background as a swell of feedback crescendo rises, before peaking at one roar from every member. A slapping, slow trough of sludge veiled by the magnificent vocals given by three of the four members takes way until multiple feedback bursts and ambient textures find their way engrained into this mix. It flows smoothly into a lull for a while, as the vocals work their way in, slowly but surely, and becoming an incendiary for another explosion into a cacophony of instrumental and vocal build that can make scenery prettier than any of Earth’s seven wonders. A proclamation of meaning nothing and being nothing and finding nothing in the world brings through the traditional black metal style of hopelessness, nihilism and hedonism in the most triumphant and crashing way. A final feedback swell plays the song out and into the next track.

“Wander” is that next track. The track speaks for itself as a nine minute drone. The same riff, played over and over again. Sinking and sinking into screeching and ringing noise spritzes and almost choir-like overlays. It becomes darker, darker and darker, as more clanking and different elements start swirling around the guitar until one profound catalyst feedback swell sends the entire song into a hell-bound tailspin. The destination is a whirling, whirring noise that feels like an ocean descent. It’s wonderfully decadent as it becomes waterlogged and starts fading into the background. No vocal work is given to this track, but the elements are front-and-center enough to maintain a very consistent pattern and flow in the album’s swim into the abyss. The urge to breathe, to feel the frequency, and to resist the water overcomes you before your body ends succumbing to its thrum. The thrum delivers you “Upon the Threshold of Reason, Embracing Our Corporeal Forms” in the blackened depths. A perfected seamless transition of songs as you reach the bottom of the ocean. A buzzing caress of bass tone runs its fingertips along your back and your shoulders. Many things are brushing past you in this picturesque scene of airlessness as the vocals spark a ship’s crash into the seabed. A travesty in front of you, peaceful and sullen, before the blast of dust and sand hits you and sends you into a storm. Blinking lights and scattering hits of unfamiliar objects and creatures until you curl and settle. A feeling of blindness below the millions of gallons swaying over and around you, gravitational force of this band’s music still pulling you where there is nowhere to go. Gutteral vocals comparable to the beasts of the wild facing danger, yet the trumping of a final blow. The feeling of drowning corrodes your thoughts as more noise plays out the shortest yet most defining song on this release.

The uneasy ambiance of this dive has yet to cease. “Through the Fog…” is the prodigious closer on this album. Clocking in at a breathtaking 26 minutes and 17 seconds, there is nothing about this track that disappoints or is predictable. A murmur of what it sounds like submerged underwater and various static-esque bursts keep collapsing and breaking in on one another. Various indeterminate sounds fade in and out like the metaphorical consciousness of yourself underneath the sea. Turning onto your stomach and feeling the ground’s textures as the sounds advance and fade out more hastily and vehemently through static signals that you aren’t sure are coming from outside your head or inside of it. You search for something, anything as this bellow keeps finding its way to cowl around you. You’re compelled to find the mysterious magnetized beckon that’s trying to get you through the ground. As the sound’s war wages on, you look inside the ocean of yourself. You find a sense of voiceless truth. You sense a shifting of tides. And you begin to dig. Digging deeper and deeper into this dissonant clamor, you become nothing. What developed you and leads you, nothing.

The imagery packed into this album does nothing short of amaze me in every way fathomable. I am absolutely stunned that this is Cavernlight’s first ever recorded release, and I am beyond excited to see what kind of B’gosh can come out of this Oshkosh band. Stay tuned for whatever type of monumental release they can follow this up with and purchase one of the LAST FOUR tapes at ANTI-MATTER RECORDS’ Bandcamp.

And stay up to date with Cavernlight here:
Facebook
Bandcamp

P.S. I will not apologize for that Osh Kosh B’Gosh joke.