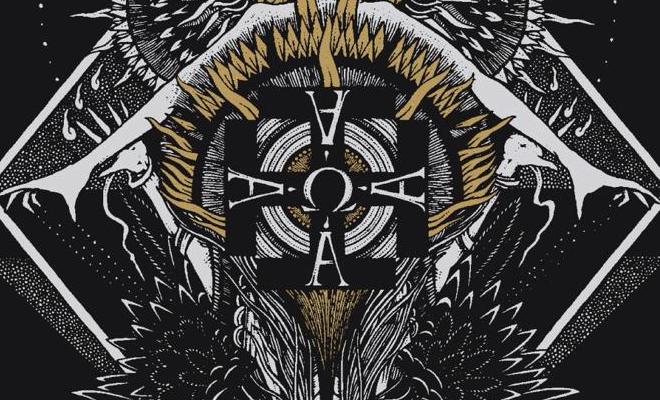 Alraune already had a good head of steam when they released their highly acclaimed self-titled demo, which fairly quickly secured them a coveted Profound Lore full length album deal.  The Process of Self Immolation is their first full length.  Alraune may not be quite the sonic challenge of listening to, or understanding, exactly what the hell Impetuous Ritual or Portal are playing, but the listener is challenged sonically in different ways. What is initially striking is the recording itself, which sounds like it is completely in the red. Tracks sound rather confusingly as if they are peaking and crackling, like as if to bury every needle at their disposal, but there is a clarity that just wouldn’t be there if this were the work of rank amateurs, so this is clearly a LOVINGLY (hatefully?) destructed recording quality. Destructed probably is a lousy word for it. The Process Of Self Immolation is a truly angry, lively and crusty-sounding recording, unlike many super-compressed, sound-replaced and quantized extreme metal recordings that are left with about as much character as a mouthful of baking soda. The clean guitar parts even sound angry and raw.

Alraune play black metal that can only really be accurately described at this point as “American Black Metal.”  It does not attempt to sound Norwegian or ‘fago or Greek or bestial or any of the typical origin descriptors of most popular, or classic black metal recordings.  Alraune are in the class of bands like Mutilation Rites and VHOL where there is almost a punkish moisture (humidity?) to the performance.  There’s an equally suffocating and dense quality to the way that the guitars are played, but coupled with a genuine and very non-European ‘swing’ to how the rhythms are played.  The “room sound” is decidedly different to that of, say, the brittle ‘Pytten’ era of Black Metal or the Eastern European regality of some of the more recent Marduk albums.  This music isn’t performed in a gothic cathedral or in a windswept frostbitten kingdom. Alraune’s black metal expressionism doesn’t conjure images of vampires or ritual necrophilia, because it comes from dirt, peat, detritus and leafy decay. This same ‘earthiness’ has been the current running through the USBM scene for the better part of the last ten years, and in my opinion, it’s helped our humble scene connect with its audience. Alraune’s songwriting doesn’t reinvent any wheels, nor is it trying to, but I think it will prove to be another formidable spike in the constantly evolving subterranean rail system that is the American black metal scene.