Alone All the Way: FOOTPATHS’ “Riddles Wisely Expounded” Will Haunt You - CVLT Nation 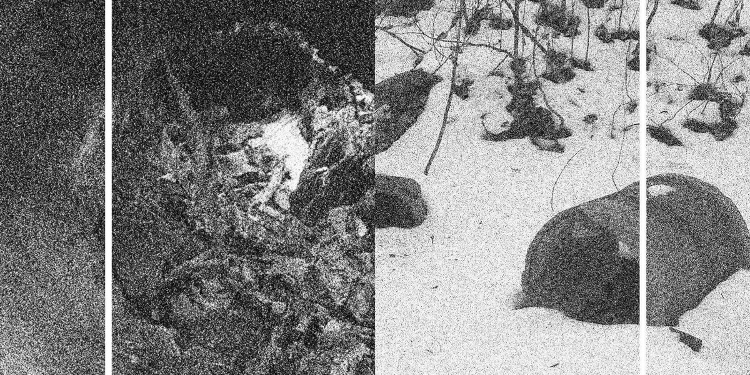 Footpaths‘ music is like a lonesome descent. Like the slipping away of hope and the tasting on your lips of the second it leaves your grasp. From there, you feel the cold throes of no return clinging to your entire body… You get lost within the labyrinths of your own mind. Within the enormous, vacuous void of existence created by doubt, fear, resignation, uncertainty….

The brainchild of an ex-member of Venowl, Ævangelist, Bergtagen and Eitarnora – Footpaths is all of this: an exercise in the expurgation of all these feelings and fears to accept them and embrace them as the final destination of one’s self. There is no danger in nothingness if one does not fear it. One can painlessly embrace one’s end with acceptance and dignity, and this is how Footpaths‘ music feels: like the acceptance and peaceful descent into the nothingness of sweet annihilation and of the disintegration of one’s self. Within you will hear the patient and peaceful stitching, weaving, and stirring of field recordings, strange and otherworldly reverberations, distant echoes, and the faint wail of electric guitars and pedal abuse disintegrating into the cosmos like the finest and most immaterial stardust. Loops, acoustic vibrations, and shimmering, repeating echoes will guide you through candlelit pathway made of blowing dust and nothing but darkness at the sides, and soon, even this recognizable path with slowly fade away leaving you alone in nothing but nothingness. Conceived in total reclusion and solitude, and influenced by such acts as Charalambides, old scotch Appalachian folk songs, and finally recorded it into the pinhole mics of a broken laptop, Riddles Wisely Expounded is the sonic materialization and sublimation of the idea of loneliness itself. It will guide you through the dark corridors and unknown corners of your mind, but it will never leave your side. Highly recommended for fans of Mamiffer, Daniel Menche, Tim Hecker, etc.