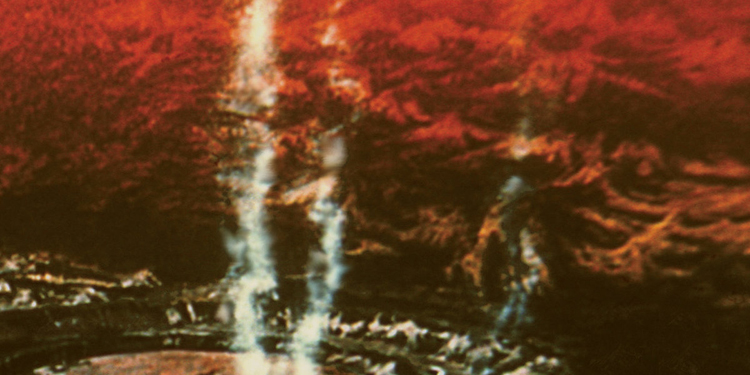 Modern technical death metal exploded in the earlier part of the new millenium, and as trends go, technical death metal had to devolve in competency and passionate play before the scene washed out in favor of a more diverse musical climate, featuring more bands with a mix of styles rather than becoming known for any predominant one. It is the genre-bender age, and many bands are accepting that songwriting and style have to offer more content and stellar execution for the modern metal fan to appreciate. Let’s stop mentioning the term “technical death metal” already. Many fans identify the genre tag with guitar wankery and drum triggers. In actuality, the use of genre tags is little more than journalist vernacular used to describe one style distinct from another, but the fact that many bands incorporate an amalgam of styles these days teaches us that sub-genre tags are little more than helpful identifiers, and yet are constraining and inadequate to properly describe what many bands attempt to convey in music that can be quite elaborate, authentic, and eclectic stylistically. It does not do bands like Blood Incantation justice to merely pigeon-hole their music as old-school technical death metal, whatever perceptions fans may have of the seemingly disparate terms merged into a virtual self-contradictory oxymoron of sorts.

The fact is, Starspawn does feature a heavy influence of old-school death metal, using old-school death metal groove to temper the occasionally dissonant progressive leads and chugging downpicks similar to Nocturnus rhythm guitar play. They still play a style that is wholly their own, incorporating a variety of influences without so much as hacking a band’s riffs and giving it slight modification if only to avoid accusations of plagiarism.

Blood Incantation plays some acoustic guitar accompaniment to their heavy, technically-proficient play, and it is also quite easy to appreciate their technical abilities unaided by the use of distortion and pedal effects. The bass snakes in between winding leads and catchy chord transitions. The drumming does more than keep time, anchoring tempo changes with disparate uses of double-kick drums, tom hits and cymbal crashes into an artistic rendering performance. The vocalist varies his vocal delivery between echoing roars and spoken word passages.

The music on Starspawn never devolves into wankery the way bands maligned during tech death’s heyday, with guitarists going all over the fretboard without any use of melody or structure. In short, Blood Incantation writes music that is challenging without ever aimlessly playing proficient technique that is far from purposeful and enjoyable. Music stirs the soul, and Blood Incantation achieves this easily, without playing difficult music for its own sake. They don’t go a million miles an hour just to prove that they can, even if the resulting music makes no sense, or is aided by the use of digital production effects. They play instruments, and extract meaningful music from them, using songwriting dynamics to build momentum from one passage until its climactic ending.

True to the initial purpose of tech death, the challenging aspect of their execution only helps the fan admire their powers of instrumentation and songwriting brilliance even more than usual. It helps that Blood Incantation manages to mix diverse elements seamlessly into a melting pot of guitar textures and atmospheric acoustic play. The band never morphs into a jazz band in the attempt to channel the members’ abilities into morphing time signatures and abrupt tempo changes that only tends to obstruct a listener’s enjoyment of the material.

So, mind you, Blood Incantation plays suitably old-school, but the band is not a Nocturnus clone, and nor is it a Demilich clone. Blood Incantation is itself alone, and Starspawn is a highly enjoyable listen. Music stirs the soul. Technical wankery is not music. Blood Incantation plays stirring leads and head-bopping lines during chugging segments. There’s a little of Chuck Schuldiner’s guitar acrobatics in Starspawn, just prone to more dissonance. Starspawn is technically-challenging, but catchy. There’s doom; there’s atmosphere; there’s a gamut of styles that are woven together with deft skill. With Dark Descent Records firmly behind the Denver, Colorado band, the sky is the limit.

Stream this, then check out the rest of the band’s discography.