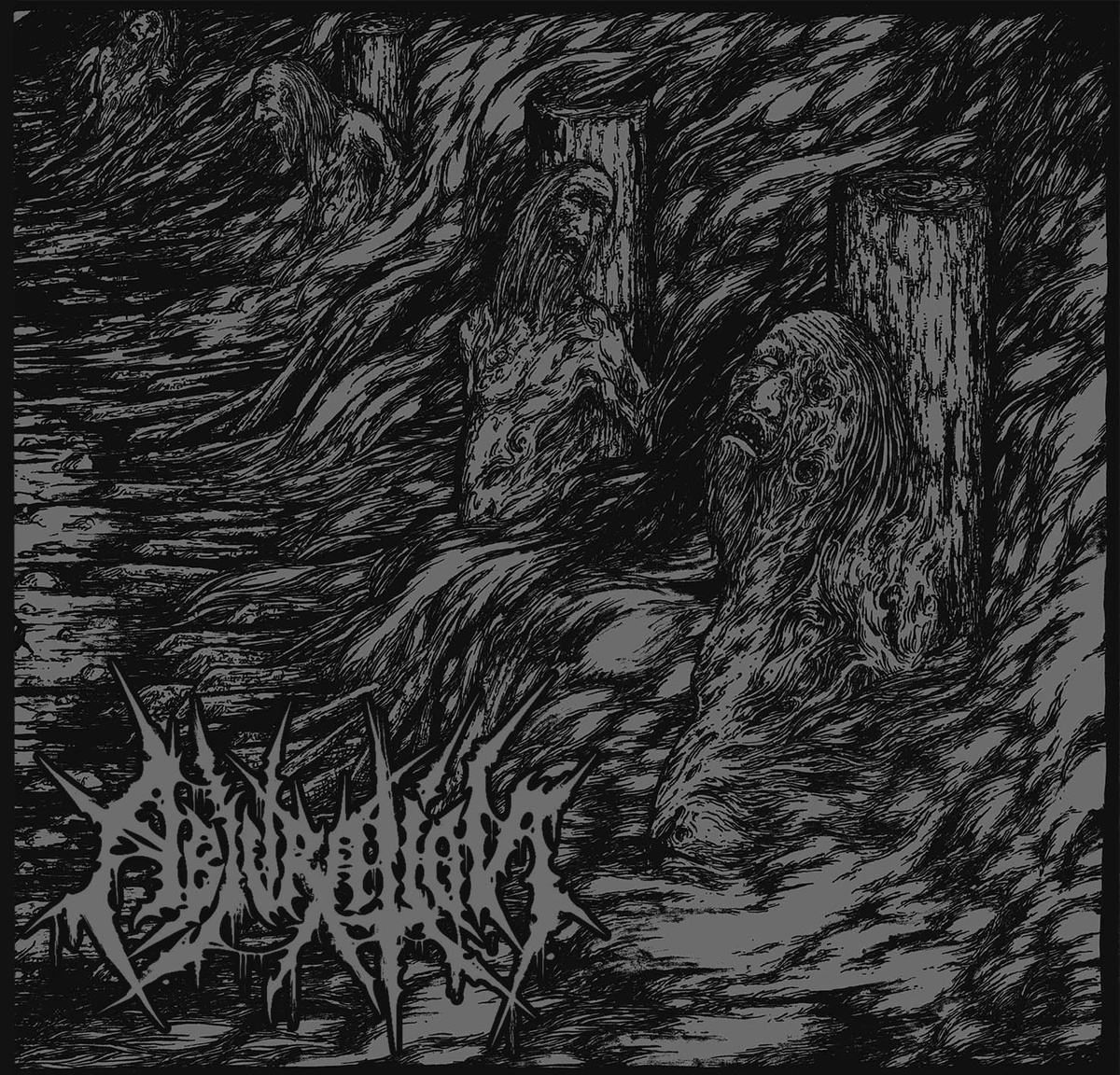 Some people like blackened death metal dirge just fine. Al Necro, on the other hand, loves it. Tall task in order here – describing just what Abjvration does so distinctly well to put it in plain view for all to see. Abjvration’s The Unquenchable Pyre is hypnotic, doomy, heavy, and esoteric. Abjvration seems to be intent on playing music suitable to the old inquisitions and witch-burning periods in history. In fact, the first track on The Unquenchable Pyre features a sample of a woman being burned at the stake.

Abjvration portrays this manifestation of hatred and evil through dirgy tunes replete with downpick and uppick strokes, the death metal growls echoing from some fiery pit of charcoal. Few people in modern times can understand just what prompted men in days of yore to inflict such cruelty and suffering unto fellow man. Random accusations served personal and political agenda, no doubt. This very dark period in the history of Christianity is depicted with so much horror by the music, it’s a little hard to imagine mankind moving past it without utterly deserving indemnification. Abjvration intend to remind people of such horror, lest we forget just what extremist religious views are capable of causing.

Dark, speedy tremolo riffs tend to sound like swarms of locusts. The drums hardly ever blast. Instead, the drummer sometimes double-kicks to the tune of a million tiny, miniscule insects flapping their wings in the form of fast, down-tuned tremolo riffs.

Sometimes, it’s a series of uppicks and downpicks that sounds like catchy Incantation worship. Men and women screaming in agony sometimes accompanies the wretched hymns.

There are blast portions just when you want them, varying the tempos to keep from turning completely sludgy. Don’t expect to hear much of the drumming unless you play this album loud enough to scare the neighbors silly. All ye witches, come to the Sabbat! Pagans and Wiccans too. Abjvration doesn’t play this music for sentimental value. They aim to put Salem into perspective. The prevailing idea is mankind’s ignorance, the cruel and sadistic way man treats his neighbors when differences can’t be settled. Something inhumane as burning someone alive shouldn’t be taken for granted. Judge not lest ye be judged yourselves, says the Christian Bible, and instead, Christians sought reason to use their doctrine to justify sadistic intent during the days of the inquisition. What worse madness exists in the world than mankind’s use of morality and goodness to support acts of inherent evil under the guise of enforcing justice? What worse fate awaits mortal flesh than The Unquenchable Pyre of mankind’s hatred.

So hear ye! Hear ye, metallers! To the depths of degradation, onward to Golgotha, we march with ever unceasing acrimony against the worst of god’s said religions. Retract your abjurations and listen to the music that takes you back hundreds of years and eons in the spheres of mankind’s ignorance under Christianity’s influence. If Abjvration’s The Unquenchable Pyre is to seek a patron, let ye yourselves bear witness.

Give this album a listen.

In this article:abjvration, blackened death metal, review, The Unquenchable Pyre