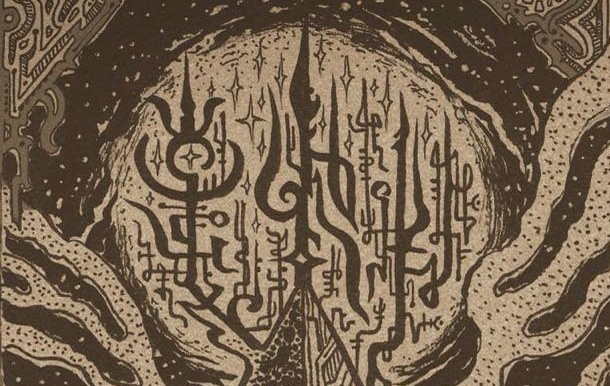 Oakland, California: the city that spawns filth in ways that seem impossible to believe. There is no need to make a long list of bands from Oakland that fucking destroy – just think about Dispirit, Sutekh Hexen, Augurs, Vastum, Acephalix, Lycus, Negative Standards, Swamp Witch and the such. The list goes, and on, and fucking on, for days. The latest addition to this family of home-wreckers is called Negative Vortex, a completely new death metal band from Oakland that has taken old school death in the vein Autopsy, early Obituary, Nihilist, Asphix, Gorefest, Carcass, Incantation and Immolation and turned it inside out in some kind of warped and disfigured own personal hell of theirs, a place where souls drown and flesh burns in a smoldering hallucination.

The cool thing about these guys is that they came out of fucking nowhere. Like, for real. Yesterday no one knew about them, and today the band is here with this debut EP titled Tomb Absolute that’s about to drop on the mighty Caligari Records, and that literally rips your fucking head off. Behold, the mysteries of a city like Oakland, where cool shit can happen from one day to the next in the underground and where the pool of talent is so thick and rich that you can expect something new and crazy and awesome like this to surface overnight.

As the first notes of the opening title track unravel, you immediately realize that what is about to hit you is a beast with tentacles that reach out in a million different directions, and that has eyes that see multiple levels of reality and negativity. Negative Vortex play death metal that is rotten to the core, heavy as fuck and disgustingly sepulchral but which is contained within the spectrum of progressive music, or of a vision in composing music that puts a taste for composition and structure to the forefront of the formula. Their songs wind and morph like the tornado that lifts off the ground only to then smack its humongous fists back on the surface of the earth, generating gigantic shockwaves that hit the listener like a massive swarm. Averaging six minutes in length and ripping all over the death metal spectrum – from death-doom in the vein of Disembowelment to disgusting and blasting grinding death in the vein of Repulsion and early Carcass – Negative Vortex cover so much ground and pull it off in such a brilliant way that at times it’s hard to believe that these guys are just at the first demo release and already playing such complex, dynamic and intelligent death metal. Icing on the cake to the absolute triumph that is this record, is an icy, malevolent, abrasive and completely fucked recording quality that just makes the whole EP just sound that much more fucked and completely disembodied.

Tomb Absolute will be coming soon as a cassette release from Caligari Records, but in the meantime you can stream the beast within and witness with your own ears what a tangled, winding and hallucinating hell-hole of an EP this band has birthed in their evil-corroded and death-ridden minds. Total death!