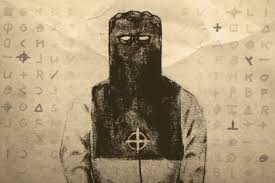 This feature was taken from The Line up

If you’re ever hoping to keep yourself awake late at night, just think about the fact that not all serial killers get caught. In fact, some of the most terrifying serial killers of all time remain unidentified.

Case in point: the murderers below, who despite a concerted effort by police, were never apprehended. From the infamous Zodiac Killer who taunted the media with baffling clues about his crimes to the Cleveland Torso Murderer who beheaded and dismembered his victims, take look at these chilling serial killers who were never caught.

The Redhead Murders were a string of killings committed along the Bible Belt in the United States in the 1980s. All of the victims, many of whom were never identified, had red or reddish hair. Many of their bodies were dumped on major highways in the United States, leading investigators to believe that the victims were engaged in either hitchhiking or sex work.

The first murder linked to the killer occurred in 1983 near Littleton, West Virginia. A pair of senior citizens stumbled upon the body along one of the area’s highways. Investigators were unable to identify the woman, and furthermore couldn’t pin down a suspect. More victims, many sporting red hair, began to spring up in neighboring states throughout the 80s.

The last known victim was Elizabeth Lamotte whose body was found in 1985 in Greeneville, Tennessee with evidence of a stab wound and severe blunt-force trauma. Of the presumed victims, only four have been identified. Police interviewed two suspects in connection with the murders, but the true identity of the killer was never discovered.

How Many: 5 Confirmed Killed, 2 Injured

The Zodiac Killer transfixed the nation throughout the late 1960s and 1970s, due both to the brutality of his crimes and the way in which he toyed with authorities and the media. He sent numerous letters and cryptograms to the press, daring the public to crack his puzzles and catch him. Of the encrypted messages, just one was deciphered, by a history professor and his wife. Chillingly, it revealed that the Zodiac killed in order to collect slaves for his afterlife.

The Zodiac Killer claimed responsibility for 37 murders. However, investigators agree on only seven confirmed attacks: a cab driver and three different sets of male-female couples. Of the seven attacks, two men survived, bringing the Zodiac’s official body count to five.

A number of books and films about the killer’s crimes have been released over the years. Some of these works examine the case, while others, such as Gary L. Stewart’s The Most Dangerous Animal of All, purport to solve it. Nevertheless, officially, the killer’s identity remains unknown.

In the early 1970s, three young girls were raped, then strangled around Rochester, New York. Other than the manner of their death, the girls had one thing in common: Their names were alliterative.

The girls’ bodies were left in towns that started with the same letter as their names. Carmen Colon was dumped in Churchville, Michelle Maenza in Macedon, and Wanda Walkowicz in Webster.

A similar modus operandi was observed in California serial killer Joseph Naso, who murdered (a different) Carmen Colon, Pamela Parsons, Roxene Roggasch, and Tracy Tofoya. A reference in Naso’s journal to the death of a girl in the Buffalo woods led investigators to test Naso’s DNA against DNA found at the Rochester crime scenes. The DNA was not a match.

Kenneth Bianchi, who went on to commit the Hillside Strangler murders with his cousin, Angelo Buono, Jr., was also suspected of the Alphabet murders. A native of Rochester, Bianchi was living in Rochester at the time of the slayings, though he has proclaimed his innocence. No suspect has ever been arrested in connection with the Alphabet murders.

A shocking number of young women have disappeared or been murdered along a desolate stretch of highway in British Columbia. The cases date back to 1969, and the sheer number of victims coupled with this length of time have led investigators to conclude that the Highway of Tears murders are the work of multiple killers.

Many of the victims are First Nations women, leading locals to contend that racism played a part in the attacks as well as the lack of progress made in each case. Although it’s likely that some, or even many, of these women were killed by different people, it is believed that a large number of the murders can be traced to one killer. Royal Canadian police have suspected American killer Bobby Jack Fowler as being responsible for killing anywhere from 10 to 20 of the victims. A Canadian serial killer, Cody Legebokoff, was convicted of one of the Highway of Tears murders.

Despite this progress, the police do not believe that they will ever solve all 40+ of the murders that have occurred along this stretch of highway. In many of the cases, too much time has passed. In others, there is simply not enough evidence to charge suspects.

In 1971, a killer began haunting the Northeast neighborhood of Washington, D.C. Six young black girls, between the ages of 10 and 18, were murdered within a year and a half of each other. Victims were abducted while walking to the store, to school, their job, or home. The killer would rape and strangle each victim before dumping the bodies along the highway.

The second-to-last victim was found with a note. It read: “This is tantamount to my insensitivity to people especially women. I will admit the others when you catch me if you can!” It was signed “Free-way Phantom”.

Police suspected an area gang in the string of attacks, yet no convictions were made. Since then, the case files have been lost, making solving the case nearly impossible today.

John Bittrolf, convicted of the murder of two sex workers in the early 1990s, is a suspect in at least one of the LISK killings. Another notable suspect was James Burke. Burke, the former police chief of Suffolk County, had previously hired one of the victims. During the course of the investigation, it was revealed that Burke had during his time as police chief obstructed an FBI probe into the Long Island serial killer case. He was convicted of obstruction and the assault of a man who stole personal items from his vehicle. Burke has never been charged in connection with the actual killings, but he pled guilty to conspiracy to obstruct justice in February 2016. He was released from jail in late 2018.