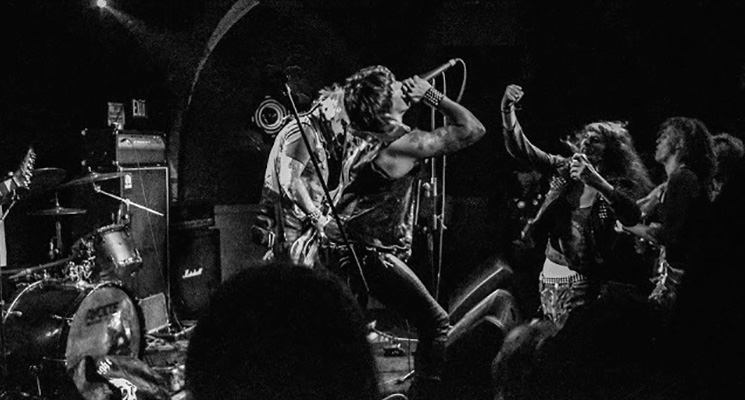 The future looks more and more like a cyberpunk dystopia every day. The electric trash is piling up, robotic prosthetics are more customizable than ever, and bombs drop in unknown corners of the world constantly, raising a rebar spiked wasteland of concrete and prophetic desperation. We are the hell-future that early science fiction writers dreamed of and what better soundtrack than a nomadic band of ripping crusters drenched in the vestiges of ever-outdated technocracy as we slip into digital oblivion? Portland’s Genogeist provide exactly the photon-soaked speed wagon of face-melting damnation to this new lived reality. Akin to taking blaring early stenchcore through a ghetto blaster with the bass bumped up while taking a taser blast to the gonads, they’ve been tearing up the Pacific Northwest for just under a year now.

First appearing at HAGL, where their debut performance decimated the drunk punks where they stood teetering on the brink of an automated oblivion, their subsequent displays of algorithmic fury have continued to delete, ban, and report any techie too craven to stomach the informatic biocrusade pulsing through the optic cables of our gothams like a plug shock to our brains. Thus far they’ve only released the beta version of their definitive edition but from what the testers are saying, it promises to set the standard in modern music programming.