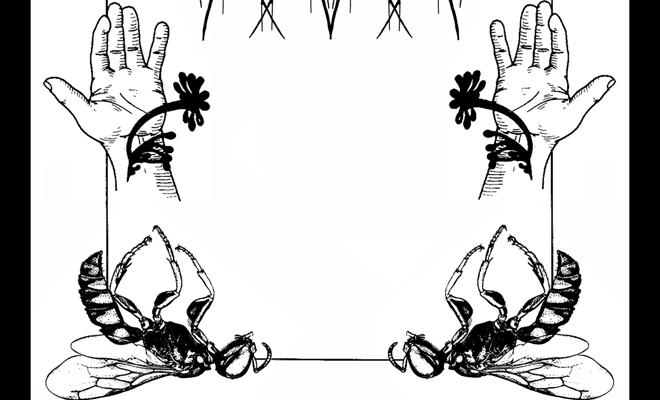 BLOTTER’s 5 song EP Under Armour ’77 is a perfect blast of hardcore! On the mark, get set, go: all of their songs are the motherfucking jam! This band knows how write those punk songs that make you want to slam and shake your ass at the same time. BLOTTER has the mean voodoo groove to the anthems they are laying down! Do I want to hear a full length? Hell yes I do, but for right now I will settle for having them on CVLT Nation’s Top 6 New Bands You Must Hear Right NOW!…Under Armour ’77 is available from Katorga Works/False Form in the USA and Erste Theke Tontrager in Europe. Hey you over there with a smile on your face…Let me turn you on to this kick ass doom band from down under called FROWN. Damn, I fucking love this band, because as much as they have ghost of doom’s past on their side, they still bring something totally new to the doom party. FROWN has a groovy apocalyptic vibe happening in their songs that makes you feel like the world is going to end, but you just don’t care because their music makes you feel so high! I really wish I could get my hands on their sold out tape Songs Of Praise so I could sit in front of my huge speakers and glide away on their clouds of doom! FROWN is a doom band that the world needs to hear, so make sure you tell a friend…For now, press play below and let the black sunshine of the underworld shine on you! Germany’s EKRANOPLAN are on a whole new level of rawness! Their new demo is a mammoth raging party that no one should miss! The opening drum beat on “Broken Future” sets the tone for this stellar batch of songs. EKRANOPLAN’s music is brutal, vicious, feral and complex at the same time. When I listen to this demo, I know we are all in for more from this amazing band. Instead of writing a bunch of words about them, it’s your job to press play and figure out why they made our CVLT Nation Top 6 New Bands You Must Hear Right NOW List! The new self-titled project by Spain’s CONJURO NUCLEAR is one of the most interesting things I have heard all year. He is one of the few artists that has been able to combine Deathrock and Black Metal, but make it sound rad! There is no way you will not be able to hear CONJURO NUCLEAR’s passion and conviction. What will stick in your mind is the sinister melodies you will encounter of this tape. I personally dig the way the project is mixed, because it adds a sense of mystery to what is coming out of your speakers. CONJURO NUCLEAR is lo-fi blackened punk with the black teeth of deathrock at it’s best. Now allow all eleven of these songs to creep into your reality! Life can be fucked up sometimes, and you need the perfect soundtrack for when you are feeling grim…Well I have the answer and the band goes by the name of FEVER NEST, and their record The Mooneyed and Paralyzed is a seething example of black punk. When I play these songs, I feel like a giant shower of stinking garbage is being thrown down my throat, but I can’t stop eating it! I swear this music sounds like it’s written and performed by zombies hyped up on meth. In actuality, it’s one person named Greg Lahm…This dude has his creative spirit plugged into a portal of darkness that I can not get enough of. The Mooneyed and Paralyzed should be shared by all who love their music dirty & unpleasant. Press play below and let FEVER NEST serve you some death fried in rocket fuel! I’m going to keep this one very brief, but I will say that MUTTER is the weird shit you need in your life!…Now I’m going to let Grief Songs do the talking!