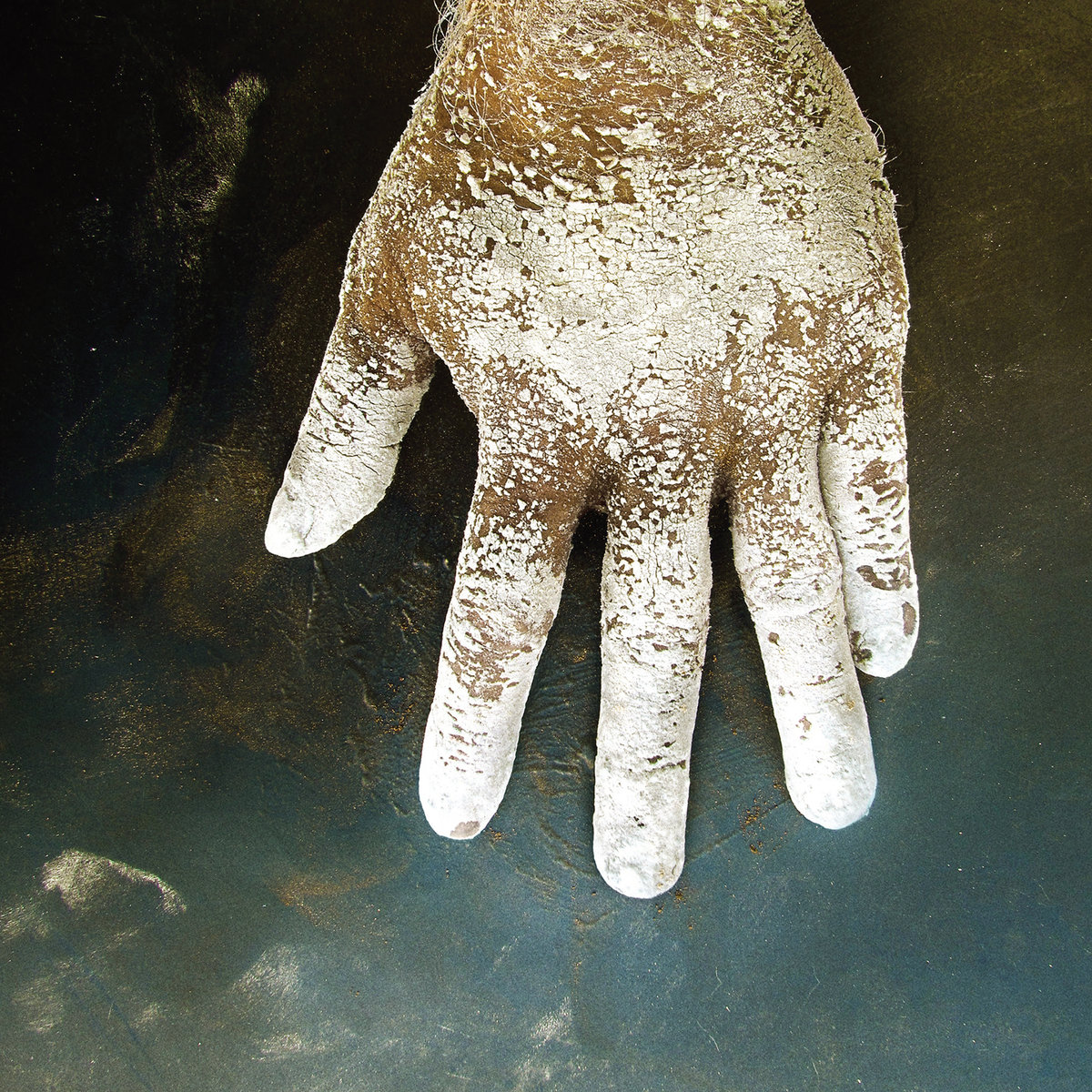 Wrekmeister Harmonies is an avant-doom/drone project grounded and headed by the venerable mastermind composer J.R. Robinson, who creates abysmal soundscapes of pain and disillusionment, and then contracts a bevy of masterful contributors to help him make said visions a reality. In the past, his grandiose works have seen collaborations with the likes of Bruce Lamont of Yakuza fame, Jeff Whitehead of Leviathan, Sanford Parker of Twilight, and various members of now defunct doom darlings, Indian. In his own words, Robinson view life as ‘…a long gradual process of decay. Lightness fades into darkness, while innocence succumbs to the evils of modern society.’ He strives to convey this world view with his bittersweet, monolithic productions. Disillusionment and depression are paramount in these works. Even Wrekmeister Harmonies’ name conveys the concept of melancholic dissatisfaction with the world, being named after a Hungarian movie about the Soviet occupation. His previous two releases have marvelously illustrated this view and have definitely channeled this message into an aural novel of dissatisfaction. On this most recent release, Robinson teams with a large cast of highly touted contributors including Lee Buford and Chip King from The Body, Alexander Hacke (Einsturzende Neubauten), Cooper Crain (Cave), Marissa Nadler, Mary Lattimore, Olivia Block, Eric Chaleff (Bloodiest), Dylan O’Toole and Ron DeFries of Indian, Bruce Lamont, Sanford Parker (Twilight), Mark Solotroff (Anatomy of Habit), Solomon Lee Walker, Chris Brokaw (Come), and Jaime Fennelly (Mind Over Mirrors) to unleash a perfect mixture of aural pain and pleasure onto our unwitting ears.

One of the most amazing things about Wrekmeister Harmonies is J.R. Robinson’s incredible attention to detail and vision when crafting these compositions. Each piece is intricate and well thought out, but still organic and vital. The man is truly a genius when it comes to composing, taking us through multiple moods, tones, and genre through the course of one single composition, each listen feels as though you are watching a musical put on in the darkest underground. An aural theater for the depraved and depressed. Night of Your Ascension, like Robinson’s previous works, is a conceptual composition spread across two tracks, both lamenting on a singular topic related to the failures of humanity. In this case, Night of Your Ascension focuses on the irredeemably evil and societies reactions to their failings, using Don Carlo Gesualdo da Venose and Father John Goeghan as example. The first portion of this composition is the title track of the release, Night of Your Ascension and it is, at it’s core Carlo’s ‘Ahi Dispietata e Cruda’ re-imagined by Robinson. Gesualdo was a composer of the 1500’s who wrote absolutely revolutionary pieces of music which touched upon compositional techniques that did not truly come into the vernacular of composing until the early 19th century. Robinson desired to examine the decidedly aggressive nature of the genius composer’s works juxtaposed against the violent act he is perhaps best known for, brutally murdering his wife and her lover. The madrigal is re-worked by Robinson to great affect, altered to fit a completely different key and adapted from it’s 16th century stylings to one of a modern drone/doom aesthetic. The track begins subtly, and builds, choral vocals set to grand, melancholy orchestral music with a slight drone. We are led through the noisy haze and complex string arrangements by Marissa Nadler’s ethereal voice. The music steadily grows in insistence and presence until distorted riffs and noisy swells assert themselves, the harmonious feminine choral vocals that guided us through the first half of the performance replaced by a soaring masculine voice, singing through a muddled washed out haze amid thunderous doom riffs. The last section of this first track is dominated by the shrill rasp of former Indian frontman Dylan O’toole. His harsh screams in stark contrast to the nature of the previous vocals, still seem perfectly at home in this environment, the noise and distorted doomy guitar now in full effect as we truly reach the climax of this performance. During the final moments of this track the feedback laced noise overpowers all else as a chaotic and climactic end explodes forth, suddenly fading out as the maelstrom reaches its zenith. After witnessing the blood-soaked end to the once peaceful madrigal, one feels as though they have just witnessed the infamous murder of the 16th century composer himself, soundtracked by his own work, with a hellish twist.

The second portion of this release sees us return to more modern times for a look at evil’s face in the last century. This portion, entitled ‘Run Priest Run’, focuses on the deranged priest Father John Geoghan, a man suspected of some 150 molestations after 30 years with the Catholic church. The man was a testament to the hypocrisy of the ancient organization, having been accused and ‘treated’ multiple times throughout the course of his career with the church, only to be continually moved to different parishes to avoid legal repercussion. It was not until after his lengthy career with the church was over and the man had retired that he was sent to prison to answer for these crimes. While in custody, the twisted cleric was strangled and stomped to death by a cellmate. This track chronicles the man’s last moments as his life of heinous hypocrisy ended.

The track begins with a suffocating, noisy drone. The atmosphere is pitch-black and claustrophobic on this track, a marked change from the grandiose, expansive composition of the title track. Snatches of melody and eerie choral vocals drift between the suffocating darkness of the noisy drone. About midway through the track, pummeling drums crash into the cell erected by the unsettling ambiance, akin to Geoghan’s murderous cellmate’s boot, stomping out any hope of life. The soupy darkness is sliced through by the distinctive, shrill wails of Chip King of The Body, his powerful shrieks acting as Geoghan’s death rattle. As the life is choked out of Geoghan and the listener, the chaotic, piercing noise and feedback drenched guitar tones begin to assert themselves over all, washing out all other sound but King’s wails amid this sea of noise. The life oozes out of you and the haze of the noise asserting itself over the music becomes the haze of death clouding your mind. Eventually, this cacophonous anarchy gives way and breaks, the track finishing with a very soft and melodic tune, slowly fading out with a pinprick of light amid this crushing blackness.

Wrekmeister Harmonies Night of Your Ascension is truly an experience. It is an intricately layered musical experience crafted by a master composer with extraordinary vision and an obsessive attention to detail. Stories are told and questions are posed. This is a challenging release on both the aural and moral levels, a treatise on moral ambiguity and societies strange fascination with the irredeemably evil acts of the people that society has named as morally bankrupt. There is a wealth of discussion to be had not only about the intricate composition of the music in this release, but the philosophical societal values that Robinson brings into the light of scrutiny with not only this release, but with his previous two as well. J.R. Robinson is an extremely talented composer and a smart man working with some extremely talented musicians, and this is a special release and well worth going out of your way to listen to.

Night of Your Ascension is out now via Thrill Jockey records and can be purchased at their site, or on bandcamp with the rest of Wrekmeister Harmonies compositions.