Running my ass from the train on the phone with some agent going on and on about vision and mutual respect and all the goddamn grease and grist that comes with trying to make something worthy of clicks and it’s my job as in it’s what keeps me in rum and rice and I love it and I’m good at it but I’ve got mere minutes to make it to the first night of the inaugural US iteration of the mighty motherfucking DESERTFEST before the first band hits the stage at this most decidedly sold out show and I despite my need to be housed and fed I could give two rat shits about the boards because I gotta get my ass to the pit.

But by some dirty, divine grace (PRAISE LEMMY!) it all works out. The call ends with a kindly compromise I can actionize Monday and I make it inside with just enough time to grab a free Fat Tire (SWEEEET!) and stake a choice claim in full blasting range.

It wasn’t two (three? Time is a cruel, aloof mistress) weeks ago I saw you stand up hard and heavy on a massive stage to make your case for the new wave of the Nighthawk with a good bit of the old space dirt and, thought reluctant, at first, to accept this new age, I came around to the slow psychic blister in the end.

Packed in like gags, however, it makes a whole lot more sense right out of the gate and though I do have to step away once or twice to catch my breath from all the smoke and leather wailing, I’m fuckin’ in it.

And if I were high, man, I’d be feeling so alive right now.

But since I can’t, I’d best get with the Bishop.

High Tone Son of a Bitch

I have no idea who this band is.

Because a lot of people do and I’m a little bit confused because I took pains to figure HTSOB out before I came but could only find snippets and whispers of Noothgrush and Necrot and Oakland and some songs that sounded like perfectly suitable wet-garage-dream rock and roll which is fine and all but dandy but there’s a buzz in this crowd that isn’t dope or booze.

And folks are rewarded.

HTSOB kick out the jams with the earnest, dirty steadiness of chain gang stole off to the old Great Smoky to live a life of modest repute, emerging now and then from the clean, melodious shadow of purpose to buck and growl at the bleeding, rat moon.

Perhaps I’m projecting but their shit is still solid and were I hip to the ugly made good back in the early oughts I’d be doubly fuckin’ stoked too.

I know two dudes who are way into this band and I can get why. It’s the whipsmart weirdo dank polyrhythmic pollination shit and it’s smart and it’s groovy and it takes like an hour to set up which is a bit of a buzzkill but it delivers on the promise of perfectionism with a squirrely knack for soundtrack virtuosity.

It’s a little too neat and a scooch too tidy for my tinnitic sensibilities but it definitely kicks up some curious dust that should well earn the cultish devotion of more erudite Brooklynites (etc) what with it’s Afrojacked Birmingham slaps of nervous, fuzzbox expansion.

And I’d gladly lineup for the Kool-Aid if I didn’t feel so dumb.

Black Cobra IS the heavy is as heavy does.

Some people run for their lives like this is Venice circa 83 but it’s all just dumb fun drunk amplifier worship. No blood, no breaks, no fights. Just metalheads exercising their pleasure in a whorl of sonic vice that blasts the fuck out of sense and space and time like the last black breath on the (not so) great ontological mandala.

It’s loud, it’s fast and it’s utterly relentless and as the big blast goes, it just might be perfect. 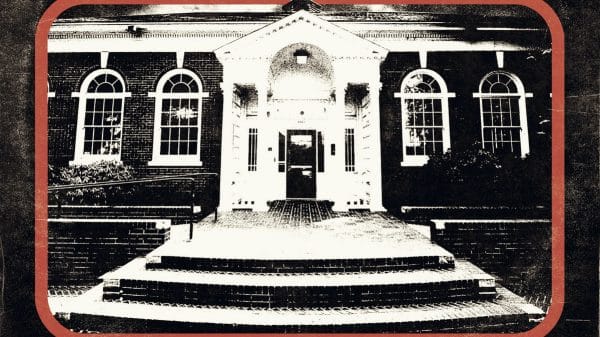 HIGH TONE SON OF A BITCH are Doom Metal wizards that know how to create insanely infectious grooves! Their music will free your mind...