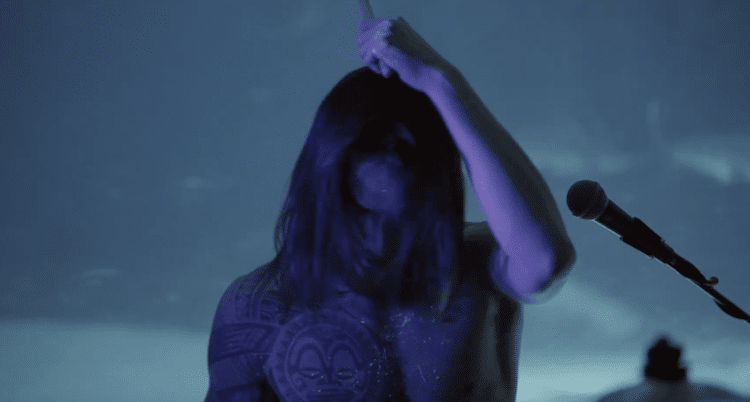 MORILD are insanely rad Black Metal band from Denmark, who came out with their unrelenting album Så kom mørket in February of this year. On the day of their album release, they played a very special show at the Danish National Aquarium Den Blå Planet in Copenhagen. The setting is takes you into a world outside of the suffering the band conveys with their music, into the suffocating freedom of the ocean. We are honored to share with you today part two of this stellar performance! Watch part one here.

The ocean is the origins, the great starting point. The black metal band Morild released their debut album ‘Så kom mørket…’ at the Danish National Aquarium ‘The Blue Planet’, where the band performed it in its entirety in front of the ocean tank. In the dark room the band was lit up by the light from the aquarium, where fish, turtles, rays and fish swam calmly in the background. The bands lyrics are full of sorrow and desperation, and a big part of the suffering comes from being trapped in the ‘self’. ‘’Du bliver aldrig andet end dig selv’’….”You will never be anything but yourself’’ . The rising oceans, that are otherwise perceived as an emergency and a threat, is throughout the album considered a way out, a release from the confinement and isolation of the self. The brute force of life and nature, is the beauty of letting the self go by becoming part of something greater… 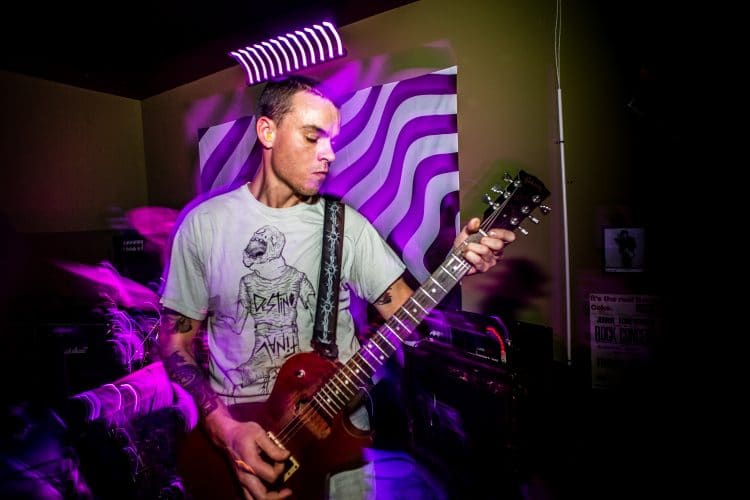 Peep how sick HALSHUG is… They bring the PAIN!

Unholy awesome – HALSHUG’s music has never let me down! Their most recent album Drøm is the fucking bomb, and the only one we...

Listen to the Fuck You Rock of MAJESTIC MASS

Unholy FUCK – Caligari Records has done it again with the soon to be released tape by MAJESTIC MASS entitled Savage Empire of Death. These...

If you are an avid reader of CVLT Nation, then you know we like our Black Metal dirty, grimy, and with Punk black eyes,...