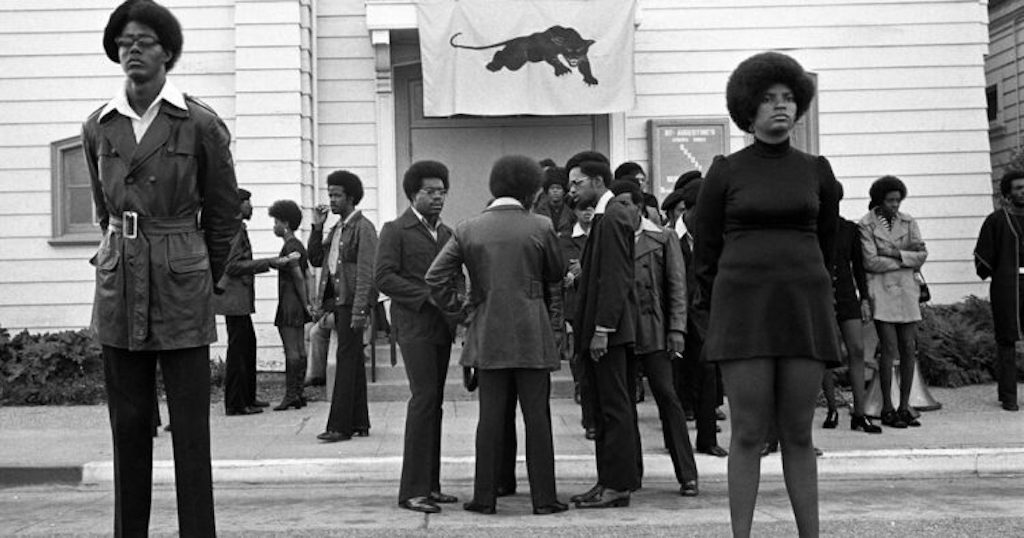 Why do we live in a world where just being born Black is a crime against white society? Why do so many white metal heads sit on the fence and allow racism to have a place in our culture? Why name a genre “Black Metal” and only allow white people and racist apologists to be a part of it?

I have a question for y’all: why do you think pictures of Strong Black people whose goal is to uplift their community put fear into the hearts of so many white people – especially white people in authority? Why did the NRA support gun control when images of armed Black men and women were published in the media, even though they were protecting their communities and children from the very real state violence enacted on them daily? Why is Black Power such a threat to the capitalist workings of America – a system built on chattel slavery and the exploitation of workers?

The murder of George Floyd at the hands of the state has been a repeating experience for my people since the first slave ship left Africa. The cries of “race war” are only there to convince us that the ones taking from us are the ones around us, and not the ones hiding from us in gated, secured, gilded palaces.

The solution to this is simple. Start treating all human beings as human beings, all of us deserving of the same respect white people expect and demand, and there’s nothing to fear. Unify with a struggle that is all of ours, and stop being brainwashed by people driven by greed and unstoppable wealth to pit us against each other.

The Black Panthers, especially under the leadership of Fred Hampton, wanted to unify all working-class people – no matter what color their skin. The fact that they welcomed other races into their fight made them even more of a threat to the system, whose only goal is to protect the rich and keep the working class oppressed.

Below is a gallery of photos of the Black Panthers, whose organization was dismantled by the racist C.I.A. under the dictator J. Edgar Hoover.