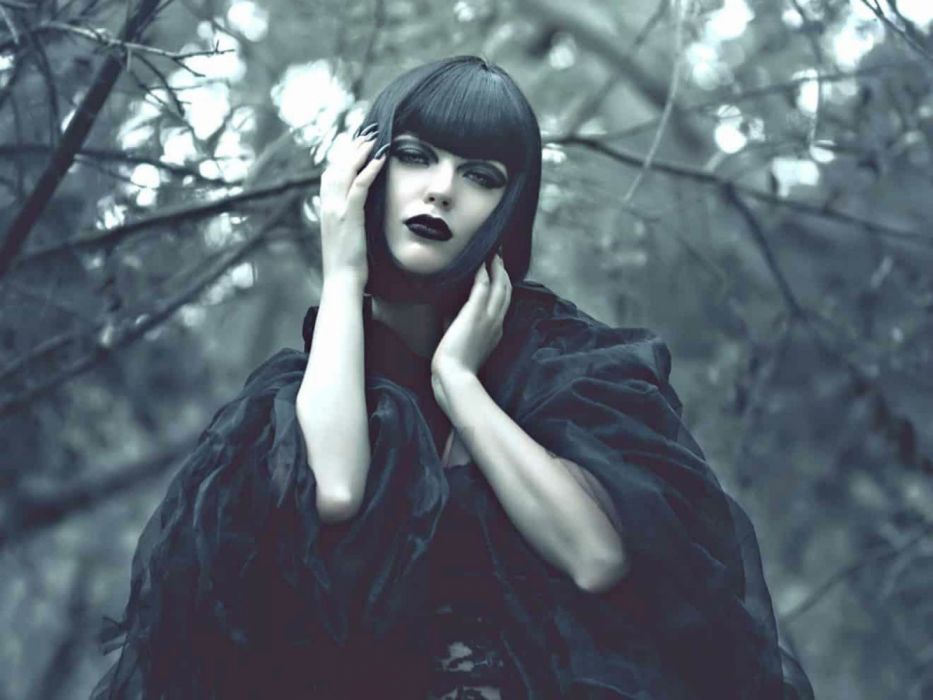 With Bauhaus canceling their fall tour, the pressure seems to fall upon the impending October release of the Cure’s Songs of a Lost World to uphold the traditions of darkness. Robert Smith is 63 and Peter Murphy is still wrestling with sobriety at the ripe age of 65. Neither is the picture of health, with the odds in Vegas against either making it to 70. Ironically, this is pondered in discussion of a subgenre where death is romanticized.

However, this summer I caught a glimpse of artists, most likely to have the torch passed to them. They already have the blessing of the genre’s elder statesmen. As an average reader of Cvlt Nation, you likely have a dozen or more underground acts, in regular rotation. The problem is as the cost of touring increases more each passing year, the chances of catching these bands if they are outside your immediate region is slim unless they are gaining enough capital to fund their own tours. If they make it past this stage and are able to work with a record label that can afford a PR company, then their chances of being able to get on as an opener for or larger more financially situated tour increases, as do your chances of catching them, At present, bands like Drab Majesty and TR/ST fall into this tier. They might even catch a good time slot at a festival or two.

To be clear when it comes to goth we are just talking about varied forms of darkwave and industrial. There are plenty of artists eager to pick up where the likes of Dead Can Dance and the Cocteau Twins left off. Granted neither Dead Can Dance nor the Cocteau Twins are known to pump at the” goth night” of your favorite dive bars. The first band I caught in June, is on the pop fringe of dark wave. With their most recent album “Screen Violence’ boasting a track with Robert Smith, they are continuing to move in a darker direction, so much so it warranted their lead singer Lauren Mayberry to return to the stage for their encore covered in blood. Sure, if a modern pop producer had handled the mix on Siouxsie and the Banshees’ Superstition album the results would be similar to what this Scottish band brings to the table. Mayberry’s often sugary vocal delivery is deceptive of the stark lyrics. The key to their ascendency is the fact they are one of the best live bands hitting the stage at present. With a live drummer and the two keyboardists switching duties at bass and guitar, they have a more organic 80s new wave rock sound live. The week after I saw Chvrches I caught Tears for Fears live, and while I admire the veteran acts youthful vigor and dedication to showcasing new material, in the sonic energy exchange Chvrches were the better band.

Most recently I caught the HEALTH and Perturbator tour. Street Sects opened the show, a band that hung tough long enough to make it to this tier of touring larger than club-sized venues. As a duo who is prone to experimental outbursts, some of their set translated better technically than others, though Leo Ashline’s vocals were powerful and cut through the noise well. Their show was not as polished as Perturbator who followed. This French act delved into the sounds of the witching hour on their LP “Lustful Sacraments’ ‘. The prime purveyor of the project’s sound is James Kent who played in black metal bands before striking out on his own for this endeavor. Onstage he was joined by a drummer who played with all the accuracy of the drum machines he was doubling. They had an aggression and power that could be traced back to the metal influence of their past. Never directly addressing the crowd, they just ripped from one song to the next and bathed the entire venue in the pulse of their low end. The use of vocals was sparse, and the core of their show was the driving high energy of the synth assault.

Of the two co-headlining acts I am a bigger fan of HEALTH. Their 2015 album “Death Magic” still finds itself in regular rotation seven years later. Jake Duzsik’s vocals have more in common with the androgyny of the Pet Shop Boys than the normally aggressive tone of industrial music. Their drumming is also more complex and booming, than settling for a machine crunch. The darkness in their sound is very apocalyptic and does not just default to trying to give a new spin to what Skinny Puppy and Ministry have already done but is a very personal and authentic sound that is now a rarity in bands coming from Los Angeles.

Why are bands like this, who do not as neatly fit the mold, important? The growing trend spreading across America is clubs being forced to close their doors as rents rise with the property values, not just wiping out places for bands to play, but taking out entire communities where subcultures gathered. It becomes not a matter of selling out, but a matter of being able to get bodies in the door on your own terms. The key doesn’t lie in how accurately you recreate a sound from yesteryear, but how well you write songs. Songs are what have left the Joy Divisions and Killing Jokes of the music world still resonating with a vitality inside us decades later, perhaps these bands will have the staying power to sustain the shadows that sing in our souls for years to come.

In this article:Chvrches, Featured, GOTH, HEALTH, Street Sects, the cure