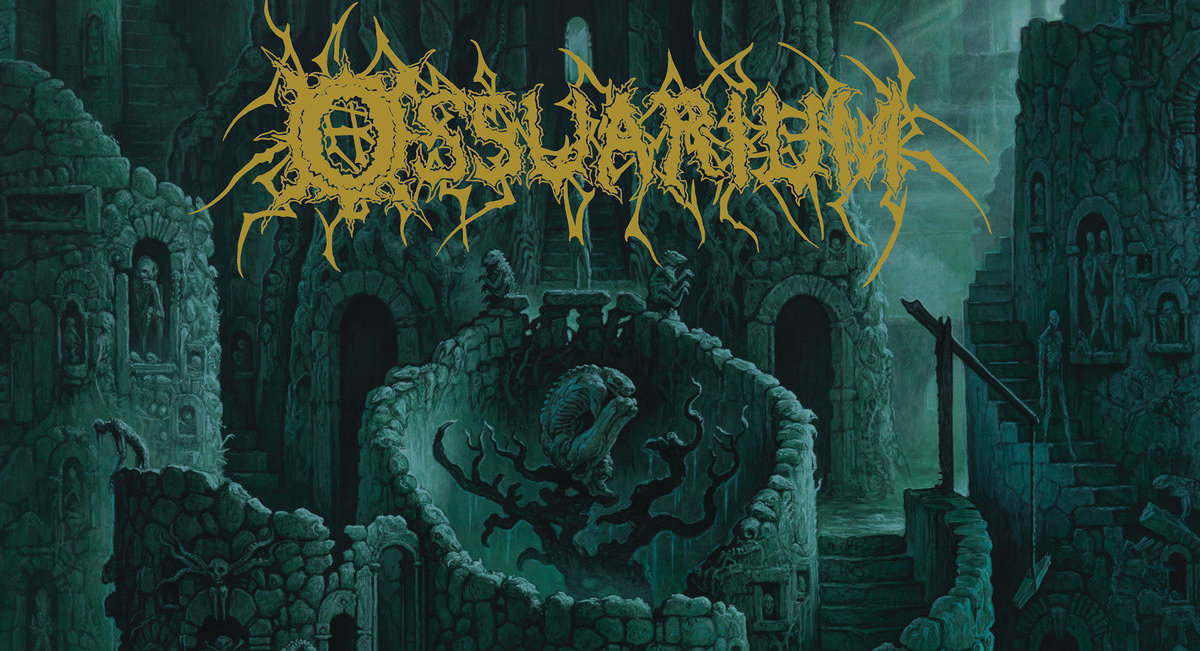 So this one really is a belcher, and strangely, almost prog in its density and intensity. Ossuarium presents an album that is at once purely Death and yet meandering, heaving, and tumultuous. It deals out riffs like candy during Halloween and twisting, harrowing musical passages like a run through a haunted house.

The Portland band starts their debut with crusher “Blaze of Bodies” and they never really relent from that opening pummel. They mix equal parts Death and Doom to great effect. Yes, this is a style you’ve heard many times before, but Ossuarium delivers it in spades. Everything is relaxed and easy and professional, yet still achingly raw and heavy. Riffs like shovel blows to the skull permeate, accented by atmospheric melody lines and gurgling growls that rumble like a tank with its tread blown off. And swagger! This one rolls into the room, ready to fight, and brawl it does, blasting out bits of speed and mixing that with slow crawls to a dark, monstrous effect. You kind of get it all on this record, when it comes to Death Doom. I love that every time it feels like things are slowing down too much, they throw a riptide of drums and riffs in, and every time it feels like the train is about to come off the tracks for flying too fast, they pull it back and crunch, crunch, crunch. Check out those riffs in “Vomiting Black Death” and in “Writhing in Emptiness.” They just crush and chug and crush and chug. The bass and drums form another wing of this heavy assault, and the vocals just sort of wrap it all up in a nice package. It’s like you fell into a dank crypt full of lumbering zombies that are only killable by slamming their heads in big, iron doors over and over again until their brains are turned to mush. That’s what these riffs do to the listener.

Living Tomb is one hell of a debut and a great way to start out the New Year. I imagine this one will finish on some top End of the Year lists. Crude, heavy, raw, yet still refined, always imaginative, Ossuarium give us just enough lunacy to go with the skulk that nothing ever gets boring or stale. This is how you make a Death Doom album.