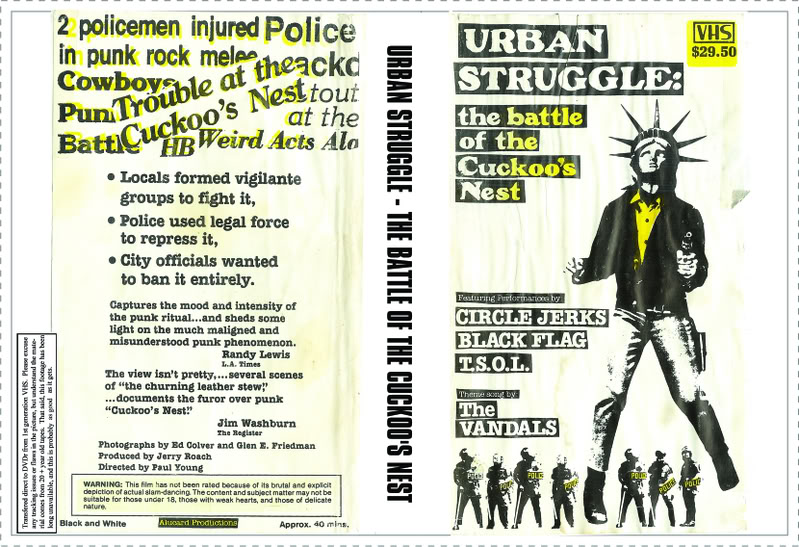 There are certain venues that will go down in 80’s SoCal hardcore folklore, such as The Masque, The Starwood, Godzillas, The Cathay De Grand, and The Cuckoo’s Nest. Part of the reason why these places are so important is because they helped foster this movement when everyone else was fighting against it. The other day I was watching one of the most interesting documentaries to come out of 1981 entitled Urban Struggle: A Documentary About The Cuckoo’s Nest. This film centers around an interview with Jerry Roach, the owner of this Costa Mesa club, where he explains why he is down with the punk scene. Also, it has some amazing live footage and cool interviews from kids that were a part of the scene at the time. Urban Struggle: A Documentary About The Cuckoo’s Nest was shot in black in white, which gives it this almost Hitchcock sort of vibe…Slam dance back in time and check out this cool documentary.