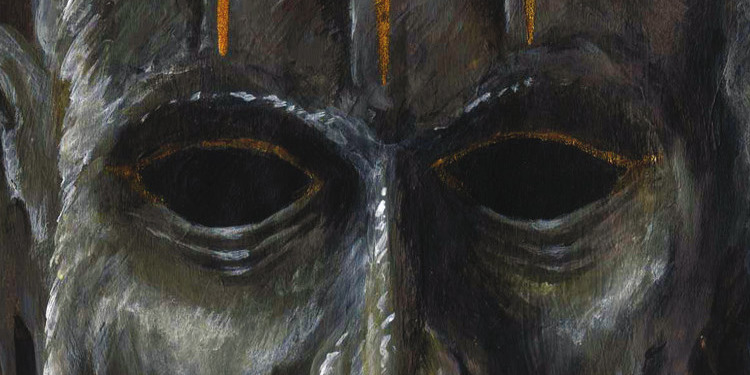 So why am I a fan of I, Voidhanger Records? Because this label has no fucking boundaries and are always releasing bands that share their passion for pushing the boundary of sound! Unholy fuck – they have stuck avant metal gold with their upcoming release by ESOCTRILIHUM entitled Pandaemorthium (Forbidden Formulas To Awaken The Blind Sovereigns Of Nothingness) which comes out on Feb. 23rd. Today we feel honored to share this premiere with you – you can also read what inspired the band below.

The album concept is based on the Sovereigns of Nothingness, fictional entities inhabiting a supra-dimensional place called the “Pandaemorthium,” from which they affect the fate of humanity. Only few adepts are aware of them, and worship them through secret cults, offerings their souls as a nourishment and hoping to reach a new stage of illumination totally forbidden to the human race. To gain that knowledge, they have to pass through a cursed and extremely dangerous process of transformation called  “the red transition.”
The songs on the album descrive that process almost step by step, until Shaog Ög Magthôth – one of the key alien entities – brings with itself the Last Judgment. Humanity is therefore reduced to a parasitic race of insignificant beings that have miserably forgotten the value of natural energies coming from earth and cosmos. It’s a pessimistic vision of Manikind, lowered for eternity to a semi-human state…
Compared with the previous album, “Pandaemorthium” is filled with more darkness and brutality. The structures are somewhat different, reflecting a more death metal-oriented approach mixed with black metal. I used synths once again, I like to make majestic metal that evaporates into mystic and bizarre melodies. I tried to diversify the drumming as much as possible, to keep things interesting to an attentive listener.