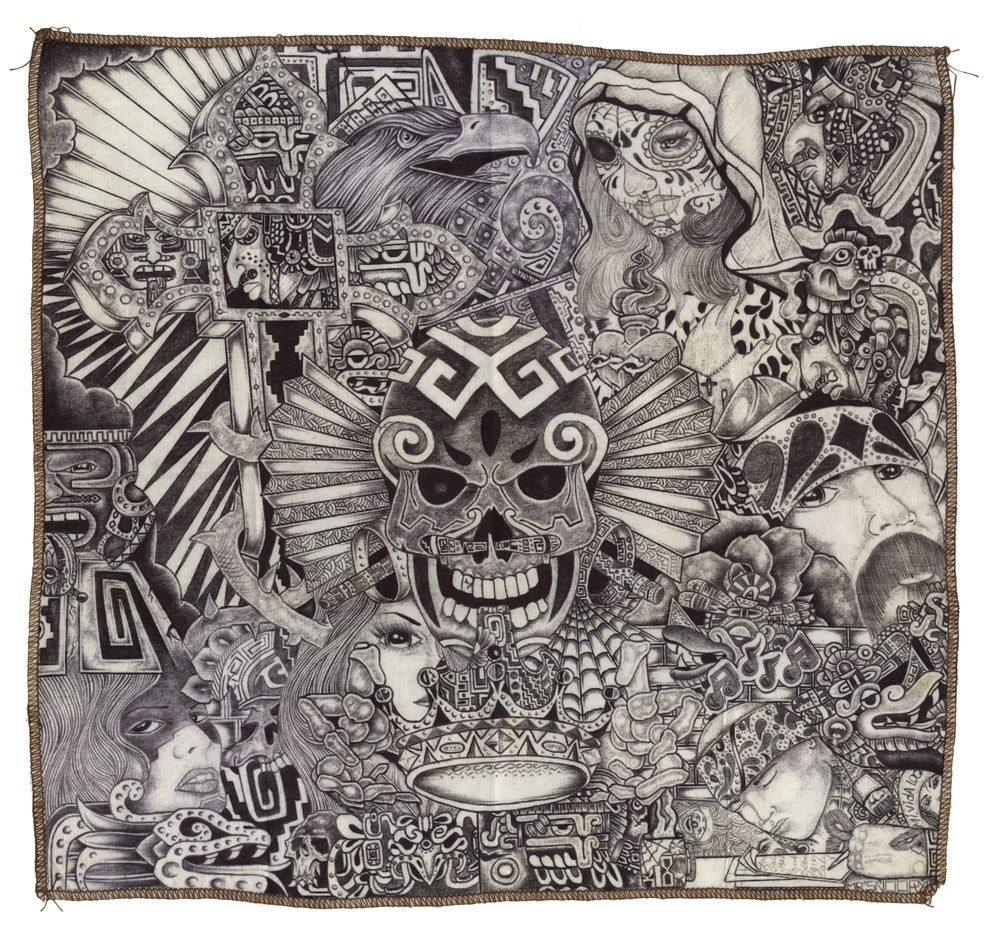 America loves to eat its young, especially those who have brown skin; or maybe I should say, it love to imprison its young. Many people behind bars are creative in their own rights, but the outside world might never know because they are behind bars. Since the 1940’s, many Mexican inmates communicate with their loved ones by drawing or having someone else draw Panos for them, which are handkerchiefs decorated with all sorts of images. The themes range from pin up girls, low riders, skulls, unicorns etc…One person that has seen the artistic value in Panos is Reno Leplat-Torti, who has collected over 200 and has been exhibiting them in galleries all around Europe. I don’t know the stories behind the criminals that drew the Panos featured on our site today, but I do know that too many creative young Americans are being locked up. Maybe instead of causing all of these seen and unseen wars, the so-called land of the free could invest in its crumbling national public education system! 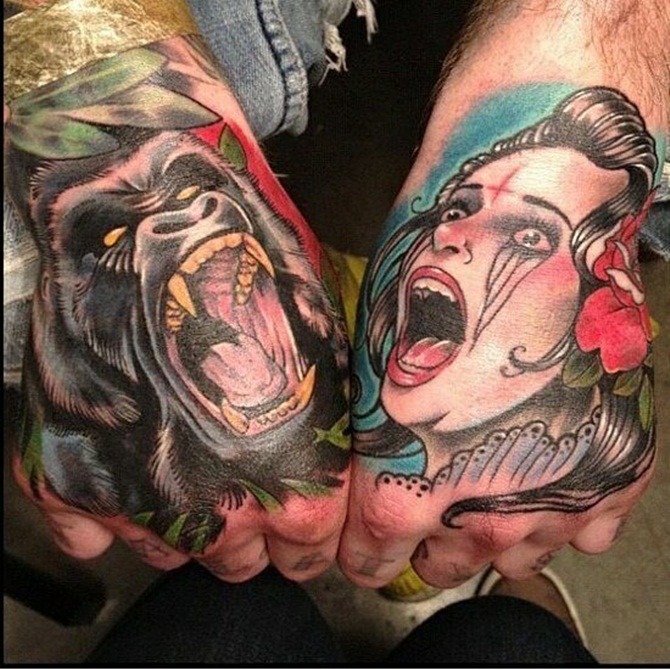 Since the last post we did was all about hideous butt tattoos, I wanted to put together a tattoo post that wasn’t about hating...