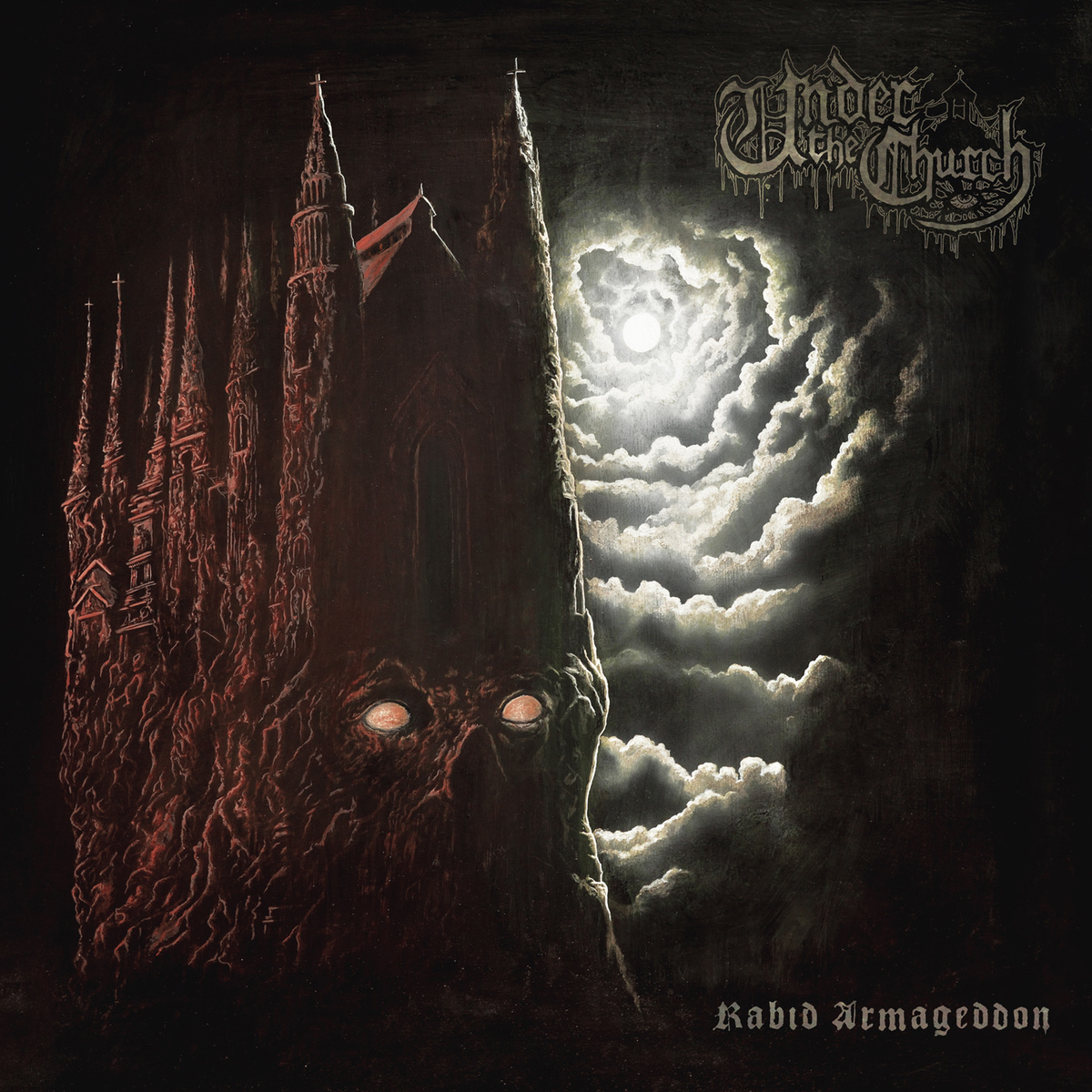 Pulverised Records offers another Swedeath throwback effort, this time Under the Church’s suitably titled, Rabid Armageddon. Rabid, it does seem. The album is a rocking romper stomper, full of punk-influenced riffs that gallop at thrash pace.

As with all of their covers, there’s a church and grisly things going on beneath. This time eyes are peaking out of the ground the Church is built on, and trust me, you won’t want to attend this Church’s services if you were looking for Jesus.

Fairly tongue in cheek, the cover isn’t the whole show right here. The music is fantastic. Swedeath done right. It just refuses to die. In spite of the fact that most of the bands that started the shit have gone on to do something else, or suck like a waste of time.

From first note to last, there ain’t an intro, outro or interlude messing up the track list. Raging from the get-go, it’s virtually impossible to not like Rabid Armageddon if you’ve ever liked Swedeath. Sure, Under The Church don’t use melody the way Dismember did early on. They fit in with the other side of that style with Entombed’s high speed punk juggernaut. These guys waste no time with sampled noise or the like. Under The Church are a blast to listen to. If Swedeath makes for a good time in your neck of the woods, support Rabid Armageddon like you do your very existence.

So, track one, “Sodomy and Blasphemy,” takes you to Hell and back. The buzzsaw is alive and well on Rabid Armageddon. The shredding just sounds so nineties on this record. “Sodomy and Blasphemy” invites you to a sing-along, before the song ends and title track, “Rabid Armageddon,” stomps all over your cheeky ass like you were deserving of a beatdown.

The next three tracks go without a slouch. Track five, “Suspended in Gore,” ends the salvo by hitting you like a battering ram. The tempos are suitably thrash-paced and every now and then the band switch tempos and back again. You will never get the impression however, that the band is taking things easy these days. They are rabid (oops!) like the Armageddon is at hand (sorry!).

Track six hits next, “Walpurgis Night,” album highlight. This song is the catchiest, but never wimps out to the tune of artsy-fartsy rung notes. The song is classic Swedeath. If you are a die-hard Swedeath fan, you will bang your head to “Walpurgis Night.” It hits at exactly the right time. The album has raged for five tracks and the band show no signs of easing up. Then, this song makes its way out and clubs the homer out of the park.

Track seven, “Mangled to a Bloody Mess,” picks up where the others leave off. It’s another good salvo. The band haven’t hiccuped and show no signs of doing so. If you ain’t at least bopping to this, you must be paralyzed from the neck up.

Track eight, “Penance,” is a bit of a downer. String bends galore, the band explore their first slow ‘un. It’s not that bad, but the track does sound filler. Moving on.

Track nine, album closer, “The Trail of Cthulu,” brings us back to the better material. The main riff is explosive and memorable. Mark it album highlight number two, in fact.

So, this album is a certified rager. No mid-tempo nothing throughout an entire song’s runtime. No proggy dissonance. No ambient experimental music for that matter. What does matter, is that Swedeath is aptly represented here. Rabid Armageddon starts and ends with a flourish. The vocals sound great. The songs don’t drudge through sludge, and there’s enough energy on this record to beat a whole crate of Starbucks coffees. Cvlt Nation reader, I know that you won’t want it any other way. 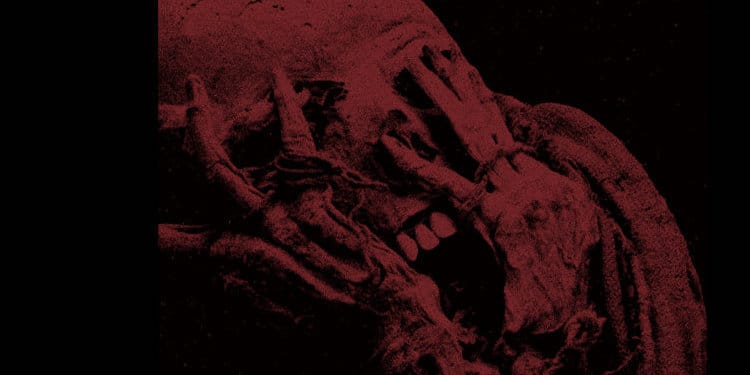 Hear the fury on this Hecatombe s/t record

This Friday you need your fix of brand new OSDM and lucky for you we’ve got it right here and motherfucking now! HECATOMBE are...