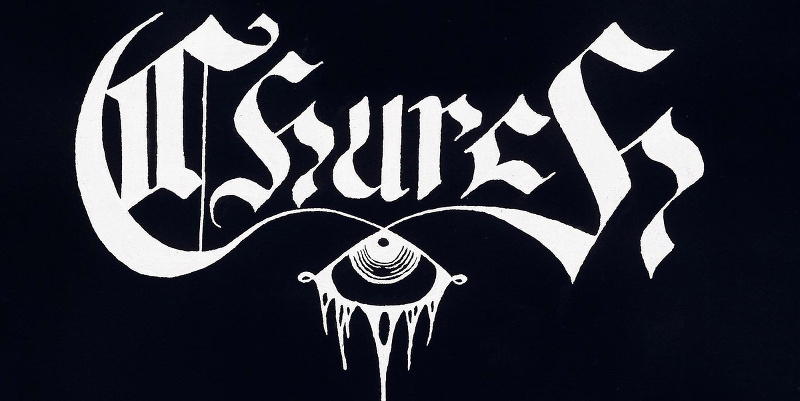 Don’t even bother looking for a Facebook page, Bandcamp or whatever it is you normally look up bands through, because all CHRCH have given us to follow them is their blog. However, what you MUST get into is what solely speaks for this band, and that is their music. As you may have guessed, CHURCH are a new band, hailing from Sacramento, that was formed by Chris Lemos (ex-Caulfield, Plague Widow, xTomHanx etc.) with some local homies of his. What MAYBE started out as a beer-drinking/hanging out session soon went completely haywire, and turned into one of the most bestial, colossal and inhumane underground doom metal albums of the year. The band did not take long to wrap up its three 15 minute-plus colossal songs and start playing gigs earlier last year, and since then the band’s path has solely been set on the rise, as a slow but unstoppable ascension to complete aural desecration. Finally, they have released their first ever offering as a debut cassette tape on Transylvanian Tapes, and where introductory demos usually consist of three or four tracks, CHRCH have also done the same, but their songs are all ten to twenty minutes long, so what you get is not your usual “demo tape,” but instead something that feels more like a cinder block placed on your chest and squeezing all the air out of your lungs.

CHRCH’s music, on the outside, is not hard to place on a map. This is fuzzed-out, feedback-drenched, dread-injected occult doom that will please fans of bands like Sleep, Electric Wizard, Windahnd, Cough, Burning Witch, Warhorse and Goatsnake. CHURCH’s highly toxic, grimy, sinister and crushing stoner-doom is something that is unmistakably iconic, and which appears immediately grand and recognizable as soon as you hit play on the twenty minute behemoth opening track “Dawning.” However, the initial bass drone that soon kicks in then makes a ton of alarms go off. Its sinister and threatening tone, and the way it pours into your ear ducts like cement, is something you can not underestimate or overlook. From then on, “Dawning” crawls all over the spectrum of doom like a beast caged, trying to break free from the abyss that is sucking it in. Lead singer Eva Holland’s clean vocals are just as haunting and gracious as you could imagine in a nightmare, at the end of which you are seeing your awakening to salvation. Then she alternates with Chris in some pretty disgusting and harrowing screams that drag you by the ankles back into the murk, as you scream and implore to be spared from a chasm of toothed shadows dragging you to them. Surreal and puzzling meadows of post-rock-ish minimalism can last upwards of five minutes in this beast, creating some pretty incredible and impenetrable style-changes, where some really memorable guitar soloing and clean vocal chants design smoke trails in the air as if you are trapped within your own dreams, in a room full of candles and you can not wake up. Then the RIFF drops to wake you up from the haze and hallucinating state you were set in – and then CHRCH pound the living shit out of you, beating the air out of your longs, riff after riff, till the end of the song, with a mercilessness and disgust that seems almost impossible to believe. Second track, “Stargazer,” lasts half the length of “Dawning” but its eleven minutes seem interminable as the band slowly drills a long, fat, rusted and caustic nail of feedback into your skull. This song is more to the point, menacing and restless than the colossal and shape-shifting opener, and this is where CHRCH’s proud and unmistakeable DOOM DNA really starts to show it’s fangs. The whole song is essentially made up of one mammoth riff after another that’s repeated in sequence create an ocean of 80-foot waves of dread that rise, peak and then collapse crushing everything in their wake. This is where CHRCH resemble more bands like Pallbearer or Windhand as their slow-motion, neck-snapping riffs create an escalation of tension and of suffocating heaviness that leads to a final climax in which the tension and intensity of the riffs reach such a critical mass that everything collapses and falls into complete ruin. Closing track “Offering” lingers even closer to the realm of Windhand, showcasing incredible clean vocal harmonies being masterfully placed on the same trajectory of some utterly disgusting and slime-drenched doom riffs, creating a head-on collision between melody and skull-fracturing heaviness that is absolutely memorable. From there, the band essentially rides out it’s own massive wave in total triumph, building such towering momentum and tension, and stacking suffocating heaviness upon suffocating heaviness, that  the song simply can not stop from sinking under its own weight. The final moments of the “demo” are essentially the entombment of your senses under a colossal landslide of riffs, a thunderstorm of percussion and bass, and an absolutely harrowing maelstrom of screams, so dense and thick that the track ending feels more like having escaped the critical mass of a nuclear meltdown than having reached the end of a recording.

CHRCH‘s debut Unanswered Hymns needs no further words, because at a certain point, words do not do justice to the quality of music this band has reached. Just lend your ears to this newborn warhorse of a doom album, and let it rattle your soul and scare you shitless.

NOTE: Battleground Records, is releasing the LP version of Unanswered Hymns on 180 gram black vinyl with artwork by Nate Burns later this year –  so keep your eyes peeled for it.