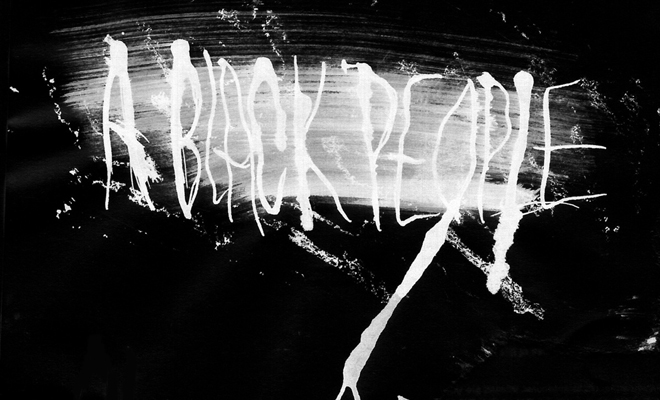 Lately there are two post punk/deathrock bands that I can not fucking get enough of, because they are just that spot ON! They go by the names A BLACK PEOPLE & NIGHT OF THE HUNTER. Both have released albums in past that are fucking perfect, but have been overlooked by the public. It’s my job to let you know how these bands will become your new favorites after just one listen.

A BLACK PEOPLE are able to mix their deathrock with magical doses of shoegaze that help to make their music even more special. The songwriting skills of this band are smashing and every second of their album Red Eyes makes me want to hear more. A BLACK PEOPLE is a band that should be heard by underground music lovers worldwide. I really hope that they make another record, because it won’t take too long for me to play this one way too much. Press play and then shout “I love A BLACK PEOPLE!!!”…They did have a 2013 release called Visceral Realists which I’m now on the hunt for!!! Death Agonies Screams have some tapes HERE! NIGHT OF THE HUNTER‘s record Doomed Tascam is seething with sonic post/punk urgency that will have your eardrums standing to attention. All of their songs have that IT factor to them, maybe that’s why I’m dancing in my seat while I write this! Straight up, NIGHT OF THE HUNTER need to know that they are very talented motherfuckers that deserve their just due! Get your boogie ON and makes sure to tell your friends about this band you just heard. NIGHT OF THE HUNTER don’t actually make songs, they create dirty post-punk ANTHEMS that make me want to change the world!