Gloomy Swiss band Future Faces have just dropped my latest obsession, Revolt – their very first EP, and it’s blown me away. This is what I want to show people when they ask to hear what modern goth rock is. It’s what fans of gothic metal should be listening to despite it not having metal influence, because it expresses that dark atmosphere in a way that’s exciting and makes you feel powerful just listening to it. There’s no cheesiness here, these guys are the real deal. Fueled by 80s influences, they bring dark rock to another level.

From the moment I first played the intro track “Embraces,” I was immediately pulled in. Songs like this are what I feel personifies the word “goth” – its gloom and doom atmosphere, tormented and perfectly reverberated vocals, not to mention the killer bass and guitar lines that really gives it that edge of badassery I’m constantly searching for. I legitimately got chills listening to this. It’s that flawless combination of depressing and danceable which holds the coldwave genre to a high standard. The way the guitar creepily glides across the rest of the song is fantastic – whenever it comes in I can’t help but sway along, it’s irresistible!

“Structures” opens with a fucking sick, doomy bass line. The best way I can describe the mood of this song is vampiric. There is some harmonization in the vocals throughout the song which gives it a romantic edge, but even without that, the way the instruments all come together give off that vibe anyway. You’ll notice these next three songs are longer (6-8) minutes and that’s because they tell a story. This is becoming a lot more common for darkwave/coldwave/etc in recent years, and the way Future Faces execute this one is powerful – that’s why this is my favorite song on the EP. For example, the way the guitar starts dragging at the 2:50 mark. Can you feel it pulling you in? By the 4 minute mark, it’s a new song. I’d be stoked to dance to this one with friends out at a Goth Night. At this point, I should mention this band strongly reminds me of Scottish slightly-more-on-the-metal-side band Lock Howl because of the bass and guitar styles, and the opening to “Columns” sounds a lot like the beginning of one of their songs. The rest of the song couldn’t be more different, though, as this is the most “mellow” song on Revolt. There’s more female vocalization here and  similar to the previous track, it becomes more dancey at the 4 minute mark with a wonderfully tribal beat. Something I really love about these songs are the depraved way in which they end, and “Columns” personifies this perfectly in the way his vocals echo and drag a bit like Rozz Williams.

Revolt is wrapped up nicely with “January,” an emotionally driven piece that feels almost shoegaze influenced, but I don’t feel comfortable using a label for this song. At first it feels like a slowed down version of their overall sound. Then the vocals come in and there’s this hypnotic atmosphere to everything. Then the guitar starts climbing, so you start swaying as it gets faster. Not even a minute later it stops, and you’re brought back to reality, but then it starts climbing again! You’re on the coldwave roller coaster, baby. Seriously though, his vocals about halfway in make me swoon. The effects on the guitar lines for the remainder of “January” strongly remind me of early Siouxsie and the Banshees. You can order your 12″ vinyl copy through Deathwish Inc. in either black or half black/half clear (um, fuck yes!). Be sure to keep track of these guys by following them on their Facebook page. 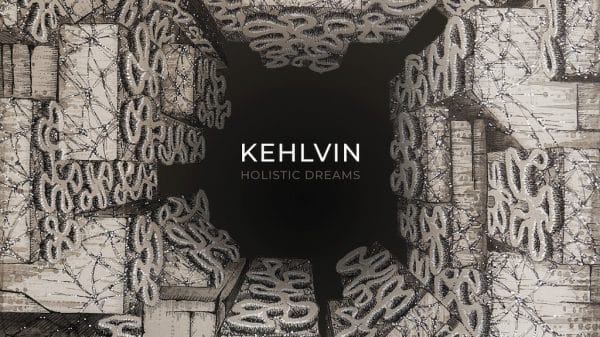