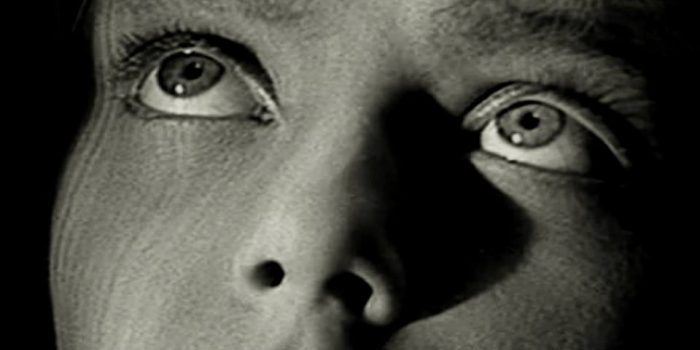 Horror loving Toronto based post-punk/darkwave duo TRAITRS have a brand new music video out and Cvlt Nation is excited to premiere it! The video references several different horror movies which inspired their new album Butcher’s Coin, due out May 18th on Pleasence Records, Manic Depression, and Alchera Visions. This video is easily among my favorites of 2018 given the beautiful cinematography and ominous imagery. Each “scene” feels very carefully constructed.

From keyboardist Sean-Patrick Nolan: “Horror films inspired a lot of the lyrics and imagery on the record, so we wanted the video to have an arthouse horror vibe. The pink and blue lighting is a nod to Dario Argento’s Suspiria, the kid opening this weird box is an homage to Hellraiser and the weirdness that ensues in the warehouse is inspired by David Lynch. We shot the video in a giant warehouse in Toronto’s west end two days before it was torn down. The entire building was buzzing with people clearing the place out to be destroyed.”

Video director Adam Christopher Seward (Dilly Dally, Beliefs, Vallens) goes on to say, “I wanted the entire video to exist as if it’s in the character’s head. He has this bleak, monotone vibe while there is so much colour and movement going on in the track. I found it interesting to slow things down with the edit and let the shots really breathe in contrast to the faster pace of the song. and really draw out the mood for each of the scenes.”