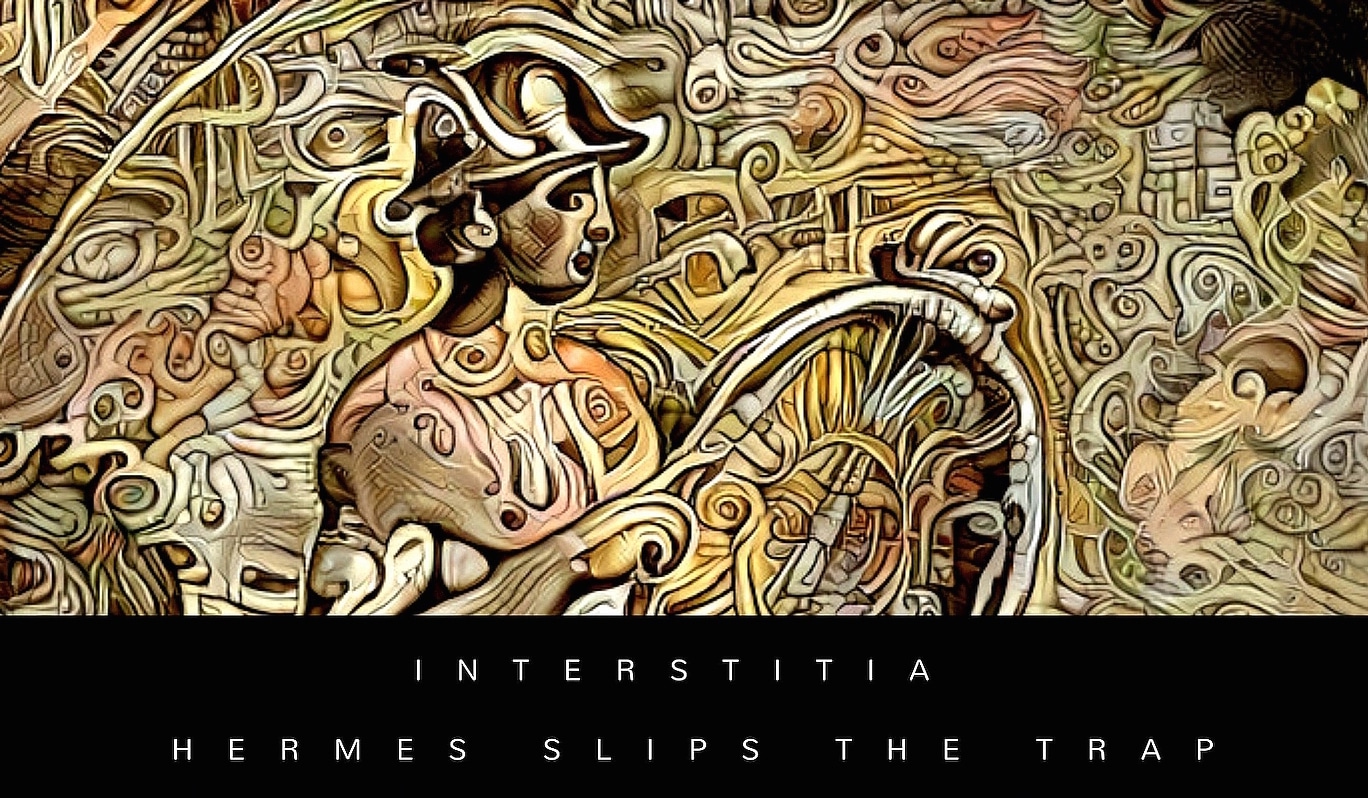 My mind is a place where I like to build energy and my imagination is a place where I like to go to wander. Right now, I feel like my mind is imprisoned in a beautiful state of sonic chaos that is being brought on by the new INTERSTITIA album entitled Hermes Slips the Trap. This music transcends boundaries to manifest its own world! We are super stoked to be sharing this groundbreaking record in full below! Pax Aeternum will be releasing this offering on July 16th and you can pre-order it HERE.

This album represents a reimagining of how I create solo material. Unlike previous Interstitia releases on which I was pretty obsessive and meticulous with chord structures and rhythmic elements, this one relied more on granular synthesis processing and aleatoric destabilization. I wanted to make something less clean-sounding and more frayed around the edges, something with a lack of restraint more befitting the album’s conceptual elements that examine the ways that a decentralized, egalitarian ecstasy lies at the secret heart of humanity’s history. Borrowing transcendence from the gods has always been a messy process and messy processes require messy soundtracks.

In this article:Featured, Interstitia, Pax Aeternum 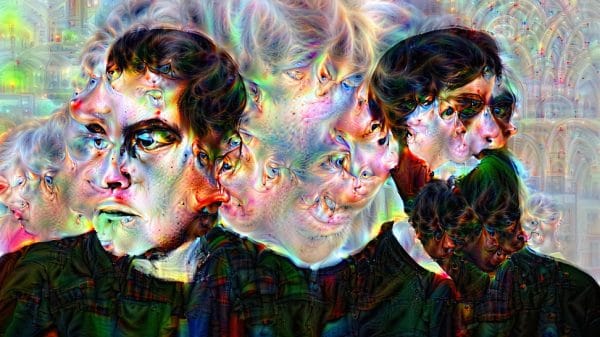 Who am I? I am a lover of all kinds of music! I guess you could call me a music nerd that’s free of...

Watch the dreamscape of Interstitia “Exosphere”

Watching this video for Interstitia‘s track “Exosphere” made me feel like I had entered one of my dreams. Everything is fuzzy but vibrant, I’m...