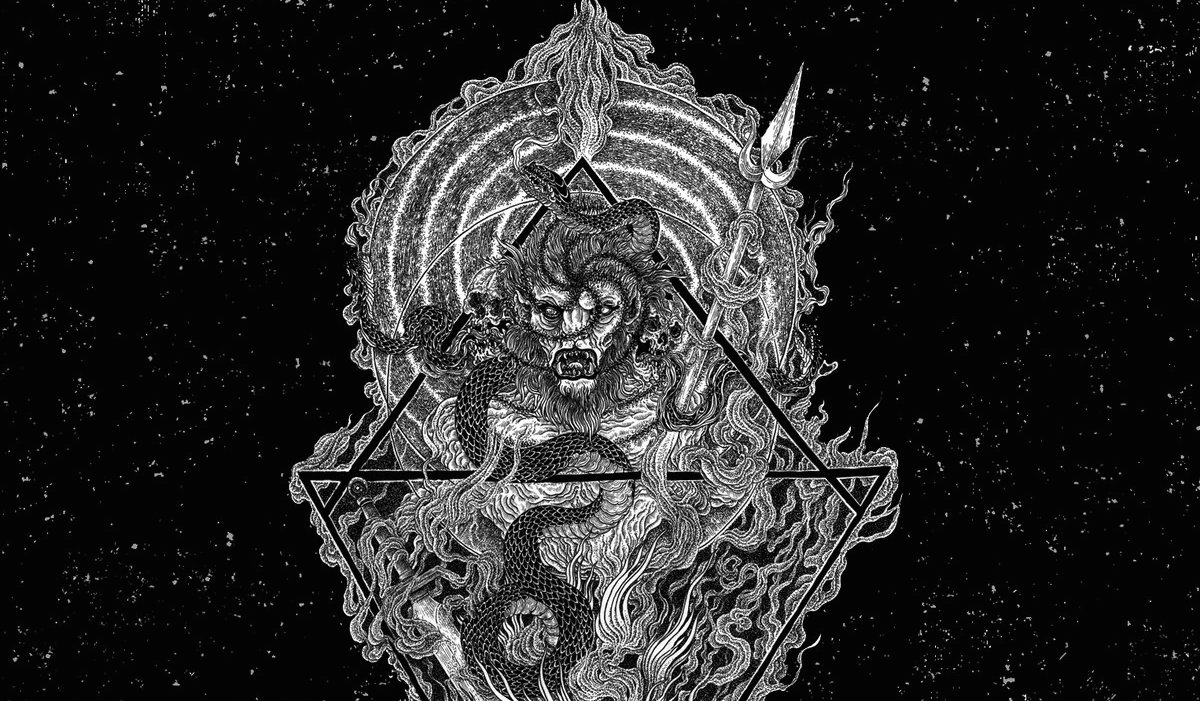 Are you fucking ready for the 4 way split from GENOCIDE SHRINES, HERESIARCH, TREPANATION & SERPENTS ATHIRST that comes out on July 26th via Cyclopean Eye Productions!? This sonic beast is freaking unrelenting and never lets up! CVLT Nation is streaming this split in full below and it can ordered HERE!

Serpents Athirst:“The noble thought of eliminating a reigning parasite is an essence of the reptilian brain. Polished with agony with the will to kill, Poisoning the Seven is a concrete decimation anthem eyeing the death of those who are The Pious and The Righteous, The Political and The Correct, The Blinded and the Brainwashed, The Squared and The Circular, The Vague and The Vogue and creating a universe of orchestrated terror by poisoning the Undying transcontinental ray of human lunacy.

“‘Scorn Coalescence’ contains the latest offering by the vile serpent among three other grand decimators of the extreme metal dimension. Carefully Selected and Well Organized, the Coalescent artillery is gunned by the 4 masters of unforgiving colossal decimation brought together by obscure ordinance.

“~The Ordinance of Strike is an endowment.”
Tridenterrorcult, vocals of Genocide Shrines:
“In addition to how the idea and a reason for a split came by, GS’s hymn “ALL AND/OR NOTHING” is an extension on the subject of Total Death and delves into the void of Shunyaism, loosely described as “nothingness”. This ontological focus on the topic of (non)existence derives heavily from Buddhist traditions as detailed in Theravada and Mahayana sects and is a further exploration of the true purpose of the individual.”

AJ, vocals & guitars of Trepanation:
“The 4th Dimension is an exploration of block time. In our universe, time can be described as a block in which all that has happened and all that will happen was defined upon creation. Matter moves through time on a track that precedes its own existence. This song is an expression of the hopelessness of a universe where everything is predetermined. Free will belongs in the null set.”

N.H., vocals of Heresiarch:“Following many years of correspondence, I visited the Pannipitiya cult in Sri Lanka during June 2016. The split was decided during this time with Trepanation from New Zealand agreeing to the collaboration and Genocide Shrines and Serpents Athirstrepresenting the domain of Ravana.

“Our offering “Dread Prophecy” details two men in close quarter combat, fighting to the death beneath the shadow of a dying sun. Planetary collapse and mass destruction beckon but their core focus is on a singular duty.

“It represents the absolute of the individual in terms of perception, consciousness, will to destroy and survive and conversely the futility of their deeds and existence within the grander macrocosm.

“It’s both the fulfillment and rejection of “fate”. All and/or nothing which has parallels with Genocide Shrines…”