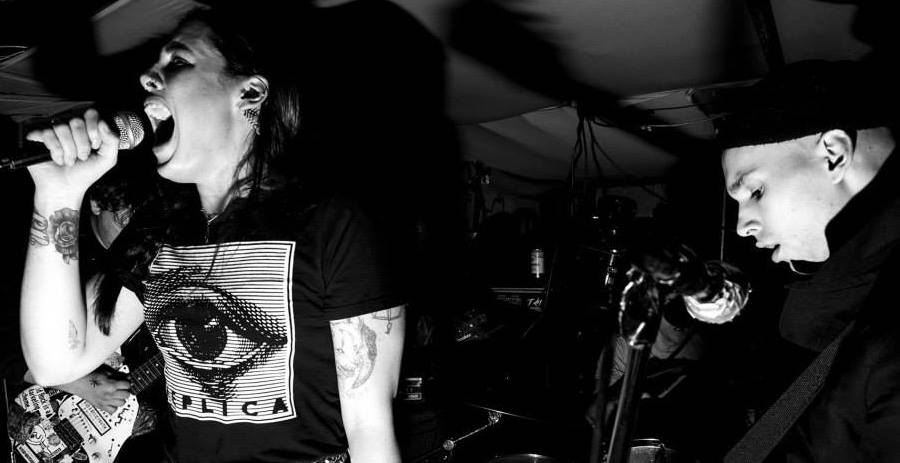 Crawling out of the seemingly endless river of moods that is the Portland post-punk scene comes Steel Chains. The refreshingly melodic and melancholy quintet brings back driving ’77 vibes to an audience still desperate for female representation. Everyone perfectly serves their role as the veterans keep the newbies in line for a well-balanced deliverance of emotion and aggression so intertwined you’ll forget if your boo just broke your heart or watching Syrian babies wash ashore is responsible for your current urgency. For being together just over a year, they’ll do a great job of convincing you they’re freshly thawed from being cryogenically frozen in 1981.

They were recognized for their unmatched talent and style early in their career, and shared the stage with such post-punk heroes as RAKTA and Bellicose Minds. I can only assume their parents were in Dirt, but they claim Mass Hysteria and The Vicious were more of an immediate inspiration, so it’s no wonder they’re down to one demo tape after such a brief stint in the drenched limelight of the Portland fog that mirrors Britain’s early punk scene. Portland has been known for it’s punk for years. In the 80’s when it was an industrial hub, it was hardcore. In the early aughts Power Pop, Crust and Noise Punk. Now, that the yuppies and techies are moving in en masse (and the utter lack of UV rays), it’s easy to feel defeated as a young, impoverished punk. But the reaction that those uncontrollable onslaughts trigger feed the bad moods in the thriving dark punk and post-punk scenes and provide a feeling of both uneasiness and a need for the underground to stick together. As vocalist Stefania puts it

“I like to think Steel Chains is about including everyone at punk shows and trying to break the alienation that happens at punk shows. We just love everyone.”

Or as drummer Collin adds,

“We’re just trying to break the steel chains of judgement.”

The lyrics are personal and literal, and Stefania is one of the few singers in punk that can hit every note without trying. There’s an honest blend of hopelessness and optimism that we all tend to feel in peaks and valleys throughout the course of the day. Keeping most songs around two minutes in length and eschewing wanky guitar solos in favor of smart leads, their brevity is deliberate and to the point. There’s no filler here and Samia’s sober (!) bass thumpage sometimes syncs up with the guitar lines note-for-note just before throwing you yet again into a pissed, fast garage riff. If you want someone who feels your pain and will help you channel it into productive aggression, check it out: