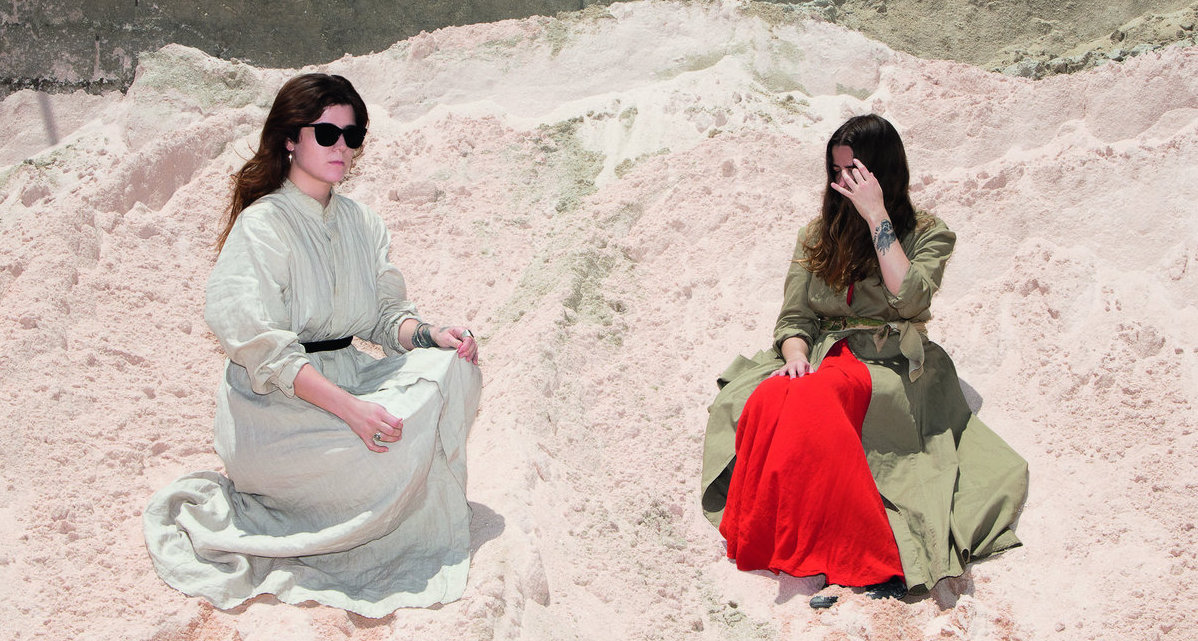 Rakta are one of a kind and the only inhabitant of their native planet where the ambient sound is the jubilation of black witches gathering, dancing to the roar of a collapsing world. On the new record “Falha Comum”, the girls sound just like you would expect them to sound after putting out a bunch of out-of-this-world records and saying that is like saying nothing at all, because you never know what you’re going to get with Rakta.

If there is a comfort zone for them, is one where we know that they sound like a band who takes pride and have fun in playing cat and mouse with being pigeonholed. It is clear for anyone paying attention to Rakta’s music, that they’re on a path of self-exploration; a determinant factor in giving their music the unpredictable, impulsive and chaotic edge that makes them borderline threatening and treacherous. That makes absolute sense, considering that their name is a Sanskrit word meaning – among other things – passion, power and strong energy, none of which are lacking on “Falha Comum”.

Even if one does not speak Brazilian Portuguese, song titles like “Estrela da manhã”, “Ruína” or “” that translate directly as “Morning Star”, “Ruin” and “Mirage”, also aid in throwing us right into the core of the apocalyptic sentiment of, for lack of better term, songs.

Taking into account the history of Brazilian underground music, it’s not totally out of the blue the fact that Rakta sounds like nothing else at this moment. Brazil has a strong tradition of a weird and sometimes violent clash of cultures and ideas, and centuries of slavery and exploitation aided by a military dictatorship bread a form of resistance unique in itself. It’s usually passionate, critical and caustic in an original fashion and Rakta are an excellent example of that.

Even if Rakta are not the kind of the band that lays flat out what they’re beliefs are about and leave plenty of room to the imagination, it’s safe to assume that the girl’s music brews in an orgiastic, furious and hectic form of defiance. That’s fucking exciting and we want more of it.