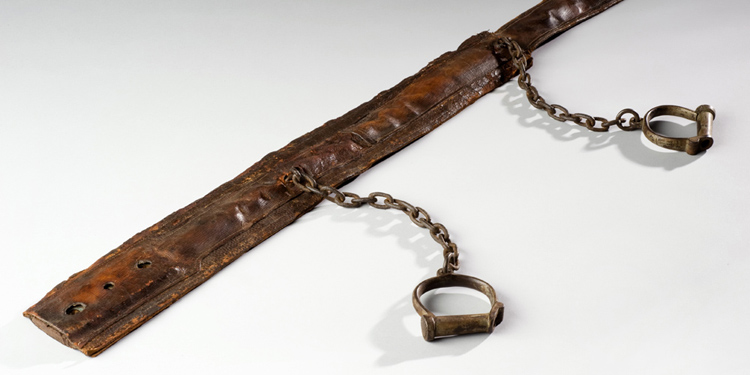 The asylum industry of the 18th through 20th century is a subject I’m fascinated by. It shows the best and worst of humanity, our drive to help one another inextricably intertwined with our disgust with one another. When I came across these photos of asylum equipment from the mid 1800s to the mid 1900s, my first thought was to imagine them in use. I imagined myself strapped into the straight jacket, with the leather thongs immobilizing my head. At least they gave them an O-ring to breathe through. The restraint collar, in particular, looks like something out of a horror film – which makes sense, since psychiatric treatment has inspires so many horror films. Many of these look like torture devices, and in a way they were – in that they were meant to torture the demons from your body. These give the sense that an asylum was merely a prison by another name. Check out our gallery of early asylum gear below.

Restraint or warming suit from an asylum.

Replica of a 19th-century restraint harness.

Replica of a 19th-century restraint harness.