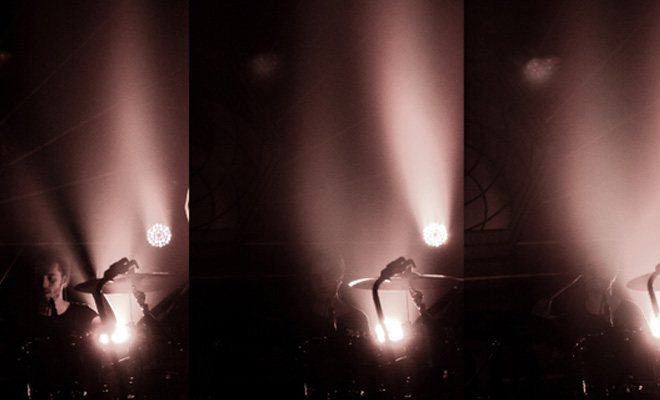 Honestly, this has to be one of the best shows I’ve been to here in El Paso. Mogwai killed everybody’s ears that night. The band opened with “Heard About you Last Night” from their most recent album Rave Tapes, followed by “Friend of the Night,” and then, my personal favorite song from this magnificent band, “Take Me Somewhere Nice.” Mogwai played for about two hours. They closed with “Fear Satan,” but of course the crowd was not satisfied yet, and the band played three more songs, closing with “Batcat.” What really made me go deaf for the rest of the night was the final performance by John. He made this low fi noise with his pedal board, he even ripped the guitar strings to made a wild noise with the pick ups and the remains of a string. It went on for about eight minutes.

I will never forget this experience, and the noise, and the amazing crowd that showed up that night. I know it’s cheesy but, fuck… it’s Mogwai.