The find of the skeleton of a “vampire child” in Umbria, in Central Italy, by archaeologists from the University of Arizona and Stanford University, made headlines in the past weeks. Most of the publicity around this discovery surely comes from the dark aura it spreads, but to an historian’s eyes

URINE, SCAVENGERS AND THE WATERLOO TEETH. HORROR DENTISTRY STORIES FROM XVIII-XIX CENTURY – PART II: THE TEETH OF THE DEAD.

We ended part I of our horror dental story hinting at the flourishing business of human teeth between centuries XVIII and XIX. As people were growing more and more attentive towards the health and look of their smile, the request of prosthetics that didn’t look like prosthetics at all (and

Besides writing on a couple of underground magazines, I am a high school teacher. More precisely, I teach Philosophy and History. And if making teenagers fall in love with the first is child’s play, the latter is always a really tough pill to sugar. Therefore, I borrowed from my middle

CVLT PATHOLOGY: What the Hell is Fournier’s Gangrene?

This article will undoubtedly be a rough ride, dependent upon your opinion of gangrenous genitals. Hey, I don’t judge. Today’s lovely peek into the world of pathology involves a particular nasty type of necrotizing fasciitis (fa-she-i-tis, proper pronunciation of medical terms is key to spice up your dinner party) called 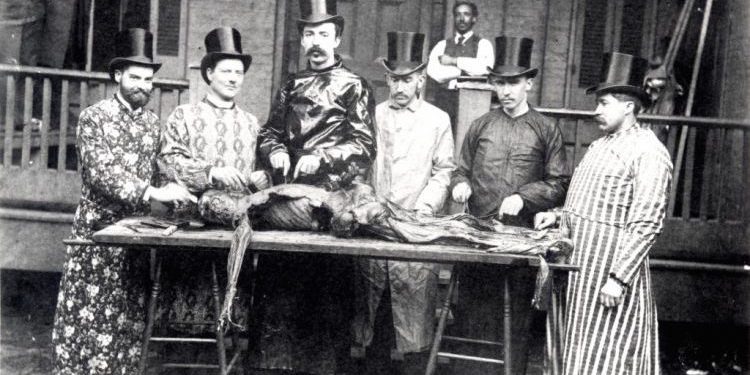 For generations, an ominous warning had been used to instil fear and obedience in African-American communities: “The Night Doctors will get you.” It was a means of social control that combined elements of folklore and historical experience; a scare tactic used at various times by slave masters, white vigilantes and

Text via Victorian Era Female hysteria was once a common medical diagnosis, made exclusively in women. The history of the notion of hysteria can be traced to ancient times. Galen, a prominent physician from the second century, wrote that hysteria was a disease caused by deprivation in particularly passionate women: hysteria