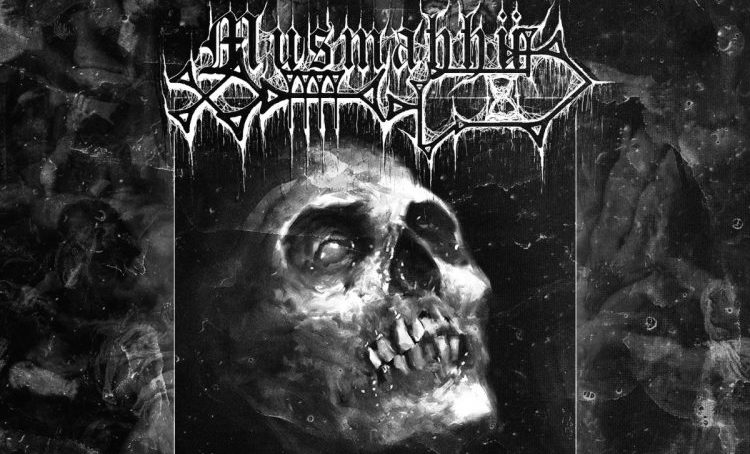 Reign of the Middling

We’ve reached a point these days in the Metal Kingdom where almost every release is at the very least competent. Very rare is it do you find bands putting out music that is just abhorrent or awful and inept. Most bands are more than decent at what they do, even if their style or purpose doesn’t fit whatever a particular listener may like. It’s hard to slam on a band for being bad, which is a good thing. It means we’ve reached a certain level of professionalism and standard that is much higher than, say, some of the output of the 80’s, 90’s, and 00’s. Which leads us to this new record by Musmahhu, Reign of the Odious.

This is more than competent Death Metal. There’s crust, there’s some grind, there’s explosive and swirling riffs. The vocals kill, the drumming is on point, and the atmosphere is nearly perfect. This album is a churning whirlwind of putrid Death, sure to please any fans of this genre. But here’s the thing: there’s nothing remarkable about it. They don’t do anything that makes me sit up and take a peculiar notice. They don’t add some new element or do something that helps them to stand out from the pack, the very, very large pack of good Death bands out there. Is this a bad thing? Hell, no. But again, doing nothing remarkable ends up getting these guys nowhere. They stay at a certain tier and don’t budge. They are part of the unwashed masses. Again, is this a bad thing? Absolutely not. There is nothing wrong with picking up a good album by a good band and enjoying what they do. It’s sort of like comfort food but honestly, where this lands them five years from now I couldn’t say. Will they fade into obscurity like so many other bands will? And once more, that doesn’t mean it’s bad, it just means that it is middling, and middling won’t get you far these days.

It’s getting increasingly harder for quality bands to stand out anymore. Some try gimmicks and others just plow on ahead, doing what they do. Musmahhu strike me as the kind of band that need a few records to stretch their legs a bit, to work out the kinks, to find that angle that makes them unique to every other Death band out there. They certainly have the talent to do so. Once again: this is good, really good, but it is unremarkable. Think of this record as a base to build future giants upon and you’ll get a sense of where these guys could be headed. I’ll be rooting for them.