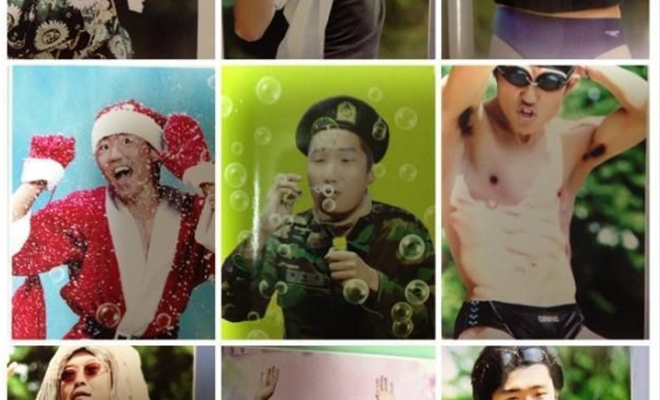 I remember when I was a senior in high school and hung out with a sort of goofy crowd, we all spent several weeks wracking our brains trying to find a way to inject some kind of originality into our senior photos. We knew anything too outrageous or offensive would get stopped by yearbook censors, so about the only thing we could come up with was growing some dirty-looking caterpillar mustaches.

If only we’d been in Korea, where some high schools – realizing that senior year is the last time in their lives that youths really get to act like kids – allow nearly any kind of wacky individual and group photos the kids see fit to take: ▼ You’d be forgiven for thinking this is about the worst they got away with, but we’re just getting started. ▼ Some made the most of it and dressed up in costumes representing the careers they hoped to move on to in the future: ▼ Some resorted to intimidation: ▼ At least a few guys seemed caught off guard by the whole yearbook photo session: ▼ While, inevitably – because Asia – others were just completely bizarre: ▼ This next one contains either a perspective quirk or a horrific tumor that, once seen, cannot be unseen: We commend these Korean students’ creativity and boldness, and thank them for this hilarious collection of photos. We just hope that none of them ever plan to become public figures of some kind, because now anyone with Internet access can smear their reputation easily.