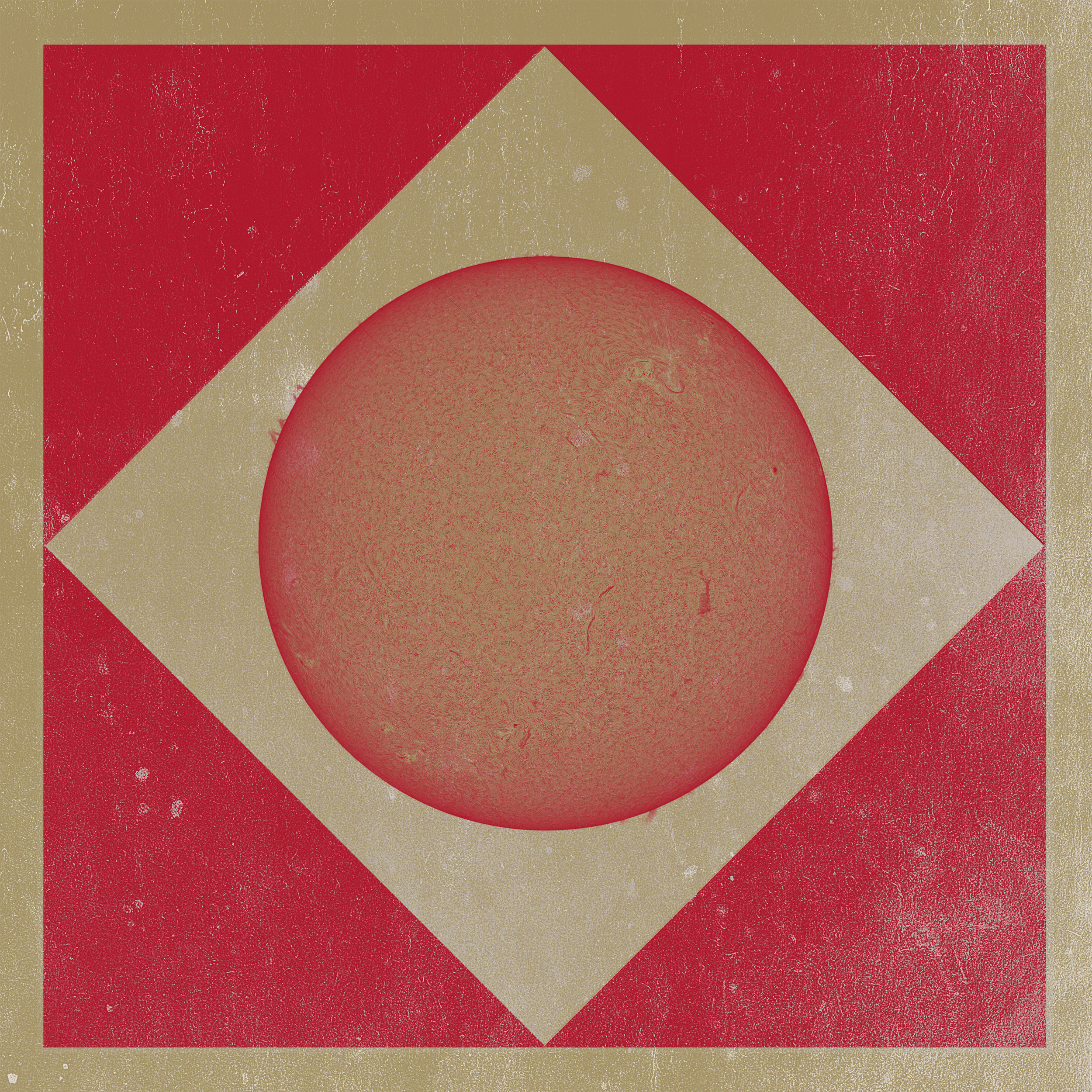 The news that legendary bands Sunn O))) and Ulver had recorded music together was met with much delight and intrigue. What would it sound like? Who would it sound like? Would it be loud and disturbing or delicate and pretty? The answers are not as simple as the questions as the collaboration travels across the space of both projects’ and of course, two men who push forward their music as much as they possibly can.

Terrestrials was recorded a fair while ago, after Sunn O)))’s 200th performance which took place at Norway’s Øya Festival in 2008. Afterwards the band were invited to Ulver’s Crystal Canyon studio and lo, Terrestrials was born, a record that is an ode to the coming morning as much as it is a lament for the departing night. The two bands worked through the night, staying awake to complete the work and track the core of the record. A little editing was done afterwards but what we hear on Terrestrials is certainly a coming together of minds.

On a personal note – which is something that I try not to bring into writing, but I feel it pertains to this record a touch – I’ve done much working through the night and Terrestrials marks the peaks and troughs of energy you feel during the hours that crawl towards sunrise. The tiredness that always hits around 1am, the buoyant feeling you get when you break and the renewed sense of “I can do this” that follows it, the inevitable crash at 4am when you can’t think straight or hold a cohesive conversation and the relief that strikes when your shift finishes and the sun begins its journey across the sky. Those feelings are echoed throughout Terrestrials, whether purposely or not, and it’s a record that ebbs with the tides of night and the slow movement towards light.

With that out of the way, let us get into the music itself. “Let There Be Light” begins with simple constructions of sound and with slow, building drones that signify very much the Sunn O))) style of stark strikes that layer into more depth heavy structures. Horns enter the space with little fanfare, seeping into the noises happening around them and bleeding out and in again with conscious knowledge of their use. Rumbling waves crash occasionally but rather than distracting from the ongoing sound they add to a feeling of tension that the work has created.

This first track is a piece that speaks of equality; there’s a clear sense of Sunn O)))’s touch on the music as well as Ulver’s almost signature horn sections and glimmering electronic nuances. Both bands have brought their own uniqueness to the record and this first track and the horn motif follows into “Western Horn” quite succinctly.

Heavy, laborious drones filter into “Western Horn” along with a curious, ambient dissonance that offers an off-centre sense of rhythm along that does much to ramp up the atmospheric eeriness.  It’s a feeling often felt when trying your hardest to keep your eyes open when your body and your brain are telling you that it’s unnatural to still be awake. The feeling of dread and confusion is deeply ingrained within the slow, creeping layers of sound that are constantly shifting and building towards a fearful climax. Synthesised fragments almost scream to be heard over the film of bass that is minimal yet powerfully present, giving “Western Horn” a distinctly Sunn O))) feeling over all yet nodding back to Ulver’s use of electronic glitches to create an aura of claustrophobia.

“Eternal Return” continues to revel in those earlier drones yet strips them back slightly to include more in the way of stringed instrumentation. Violin shudders throughout the song which also introduces more keyboard elements. It’s here that Ulver’s influence takes the floor and they lead the song into graceful, almost peaceful terrain and directly into the instantly recognisable strains of Kristoffer Rygg’s voice.  Rygg is a distinct presence and his soft vocal wraps the pulsing beat beneath in whispers and serenity before the song breaks into darker land and fragmented strings once again ahead of the step back into droned out soundscapes and the closing moments of the piece. The final stretch peaks at a string-induced crescendo and ends quite suddenly as if signalling the rise of the sun. You know that it’s happening yet it creeps up on you nonetheless, all at once there is light and relief.

Terrestrials never breaks under its own weight, rather it allows the sum of its parts to work with and for each other instead of playing off the heaviness of Sunn O))) against the somewhat more delicate sounds of latter day Ulver. They complement and drive each other to a place of light, constantly moving away from darkness yet acknowledging its presence with each breath. The theory of the brains’ impulses to just get through the night stands, for me at least, with Terrestrials and the record does more to explain those dire moments than mere words ever could. Of course, this may be the wrong way of looking at it, but music is a deeply personal journey – not only for those creating it but for those that seek it out, that find understanding in it and most importantly, solace.

Terrestrials can be purchased via Southern Lord Records now.