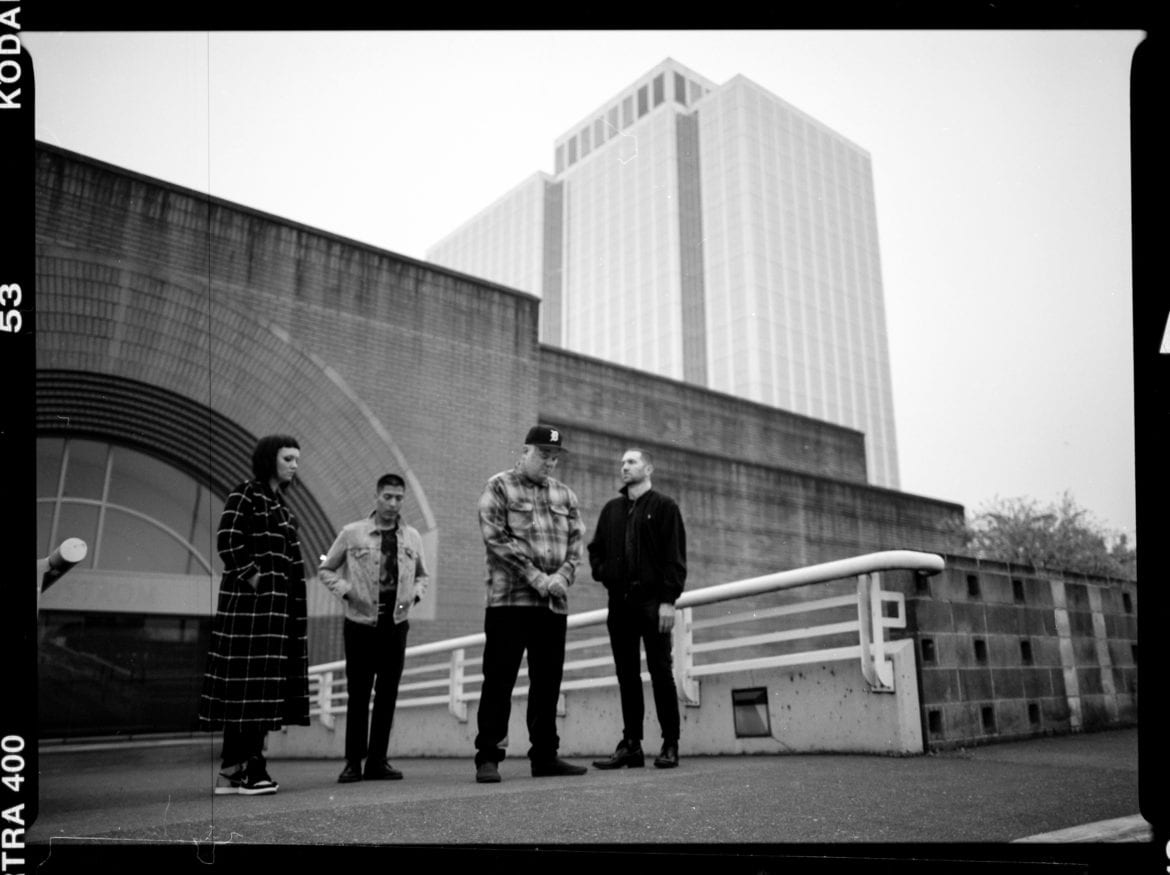 When people think of Portland they think of knit-capped yuppies sipping fair trade oat milk lattes and walking their Bichon through a quaint city park, cursing conservatives while profiting from their policies and they’re right. But Portland has another side that seasoned locals know is grimy and debilitating, ending many lives early and not giving a fuck. The sky is damn near black eight months out of the year, there are more unsheltered people per capita than New York, and the suicide rate has been far higher than the national average for years. It’s a dark fucking place in a lot of ways. So dark, that local post-punk legends Soft Kill are dedicating their newest album to those lost to the bitter Portland streets prematurely with Dead Kids, R.I.P. City.

The title is an obvious nod to Kendrick Lamar’s eulogy album for his hometown of Compton but the sound is unsurprisingly quite different. While we’ve come to expect god-tier modern new wave from these prodigal pariahs, Dead Kids aims to establish itself as a holistic testament to what the band is capable of. As a departure from their former albums, every song sounds markedly different in production and everything from the instrumentation to the timbre of the guitar tones can be discerned from track to track as uniquely selected to set a particular mood specific to the song. This might have something to do with being produced by David Trumfio (Wilco, Built To Spill) and mastered by the fabled Howie Weinberg (The Cure, Nirvana).

Solemn in temper and mid-tempo the whole way through, there’s the lush atmosphere we’ve come to love flowing ever-present. Though the shoe could be said to fit for some tracks, one dare not label them slowcore lest they face the backlash from purists. Something about predictability and the simplicity of melody really make this record shine without resorting to undue distortion or clichés such as screamed vocal lines. The salient mood evocation is one of acknowledging the miserable water we tend to swim in but carrying on nonetheless in spite of it with the few friends still left alive to share it with.

While we associate Soft Kill with vocalist and primary songwriter Tobias Sinclair’s baritone howls, there are a few surprises that emerge with guitar work from Adam Klopp of Choir Boy and even vocals a la the otherworldly diva Tamaryn. The first comparison that will snap into almost any genre-lover’s mind will assuredly be Fascination Street era The Cure, as long as the presumptive Chameleons and Asylum Party. However, this record never strays too far from palatable pop despite the subject matter explored in the lyrics. As a lament to those swallowed whole by Portland, Dead Kids is a sort of paramount of everything Soft Kill came from and has journeyed through to become. Be sure to pick it up from Cercle Social records on November 20th here!

Advertisement. Scroll to continue reading.
In this article:Featured, Portland