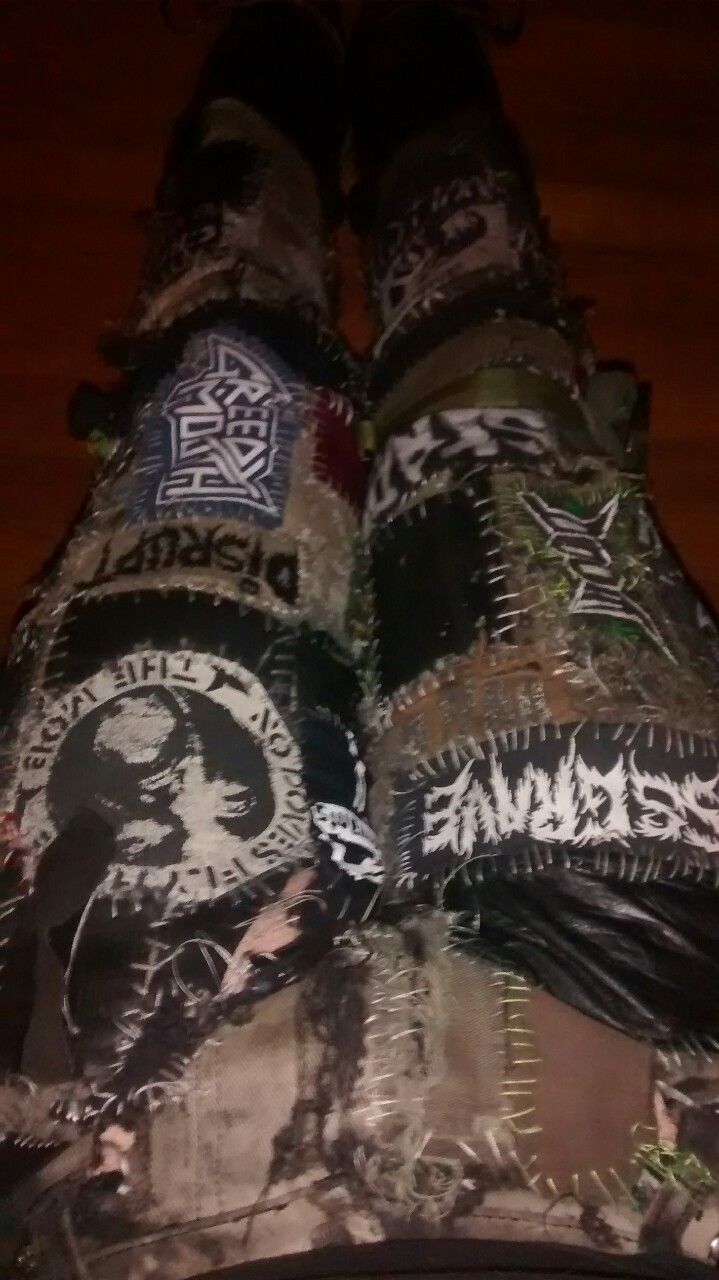 I can’t front, my fascination with crust pants started in 1983, because I had older heads around me who had killer pants. While living in San Francisco during the 80′s, I started expressing myself with a needle & thread, but I really made my raddest pair in the early 2000′s. While living in Seattle, I began a pair of pants that took over my life; I would spend hours sewing on patches. During this time, I realized something: that I felt a tremdeous calming effect with every patch that I finished, and even now it’s great way for me to relax. When I see someone rocking a pair, I don’t care what country I’m in, I still get excited and I can’t help but stare. I have mega amounts of respect for people who take the time create a killer crust pants, because I know that they are a labor of blackened love. I also find it really interesting the way that every pair tells a different story, but they also connect the wearer to a worldwide tribe. The spirit of D.I.Y is totally alive, and has been passed down from punks to punks.

In this article:CRUST PANTS, crusty punks